Yeezy Season 5 is here!! Kanye is such a big personality now that sometimes the worlds press are more excited to see what he does rather then what the clothes look like. Well I can tell you once again it’s very Hip-Hop and street inspired, which is Kanye’s background so I think that makes it authetic.

Plus an extention to his footwear range includes a new trainer called the ‘Runner’ and more sexy thigh high snakeskin boots with suede ankle boots.  I love the whole plum shade of colour, it totally pops for this season. Kim wears the collection well and I do get that she is a big influence on him when he creates his clothes that’s clear to see. He also made a statement by getting a muslim model wearing a hijab as part of his show. I know this will either be applauded or critisized. I for one loved it and the model Halima Aden looked stunning.

The show in true Kanye style came with it’s own twist with the models being filmed backstage while standing on a turntable, kinda dope!! The images were projected in real time onto the screen while guests like Hailey Baldwin and Tyga sat front row! He then continued the show on the runway with no drama!!

Let me know your thoughts below. 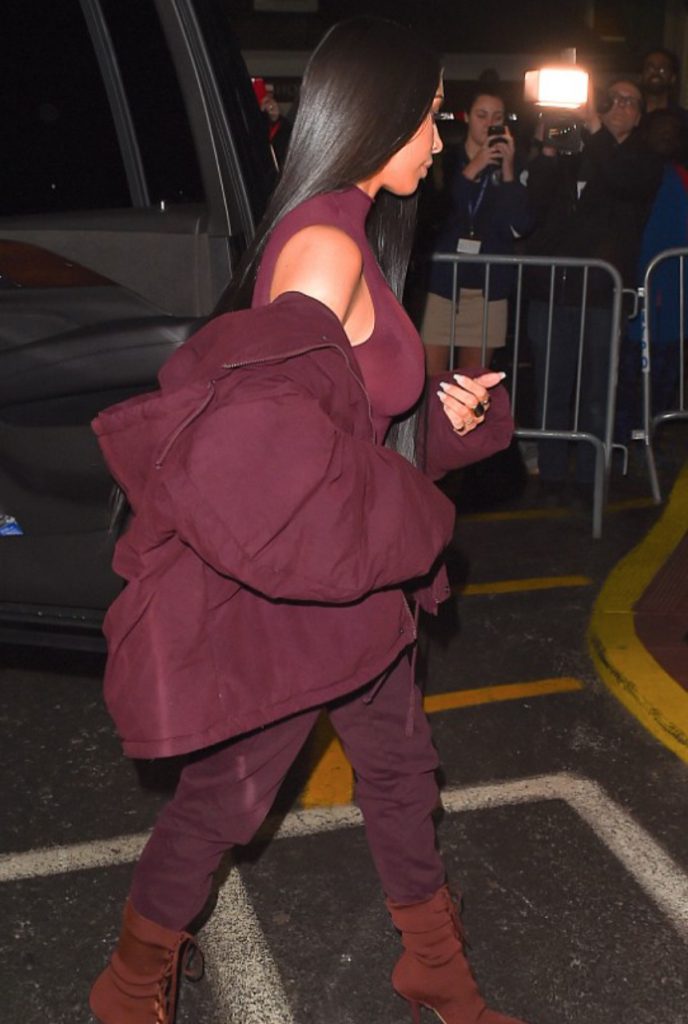 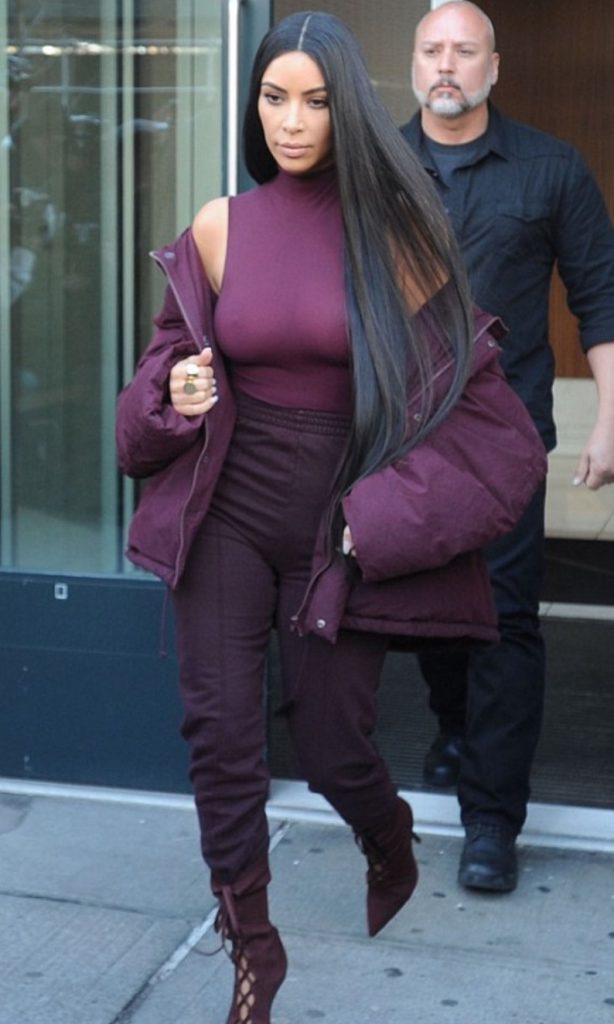