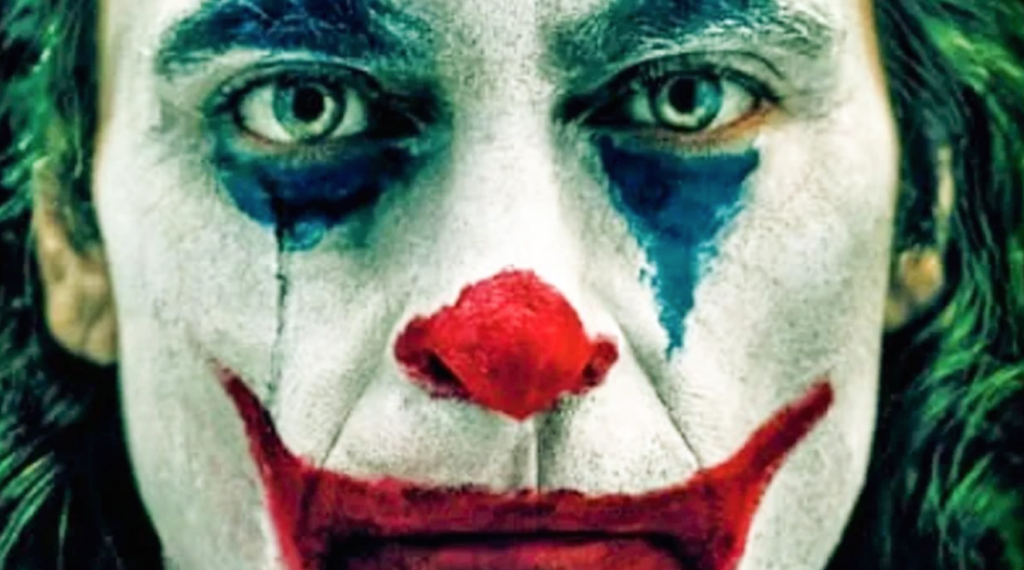 “We are disappointed, and that is not to take anything away from the people who have been nominated”, says Amanda Berry, CEO of BAFTA.”

It’s easy to point out the frontrunners, at this point. The short-sighted selections highlight ‘Joker’ (11 nominations), ‘Once Upon a Time in Hollywood’ and ‘The Irishman’ (10 noms a piece). Last, but not least – with 9 nominations – we have ‘1917’. What do these 4 films have in common? They were all directed by white men who fall in the 40+ demographic. All the leading characters in these four films are also portrayed by white men who – surprise, surprise – mostly represent the same demographic. Are you shocked yet? If not, keep reading.

Two of the frontrunners for this year’s Oscars – Awkwafina for ‘The Farewell’ (who just won a Golden Globe!) and Jennifer Lopez for ‘Hustlers’ – are missing in the leading and supporting actress categories. Next big favorite, and likely an Oscar-nominee later on this month, Cynthia Erivo for her performance as Harriet Tubman is also missing! Then, Lupita Nyongo wasn’t even in a conversation for a place on BAFTAs five-name shortlist! 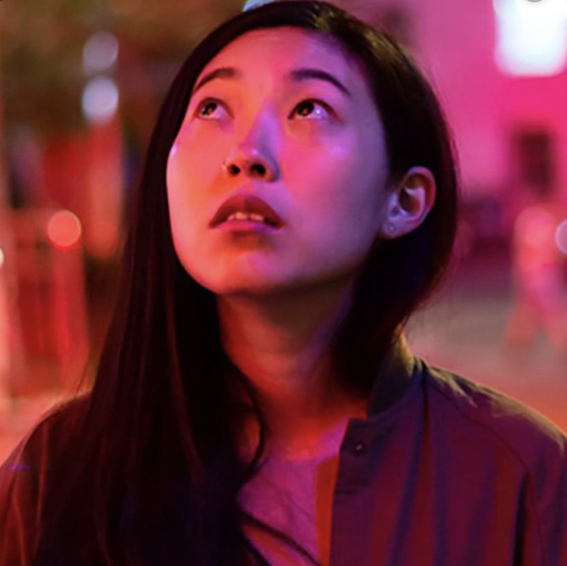 In the directing category, we have five men. You won’t find Jordan Peele there – except Bong Joon-Ho, all nominees are white. And, because they are men, they obviously forgot the incredible women that made some awesome films over the last 12 months including Lorene Scarafaria ( Hustlers) and Greta Gerwig (LittleWomen) Céline Sciamma (Portrait Of A Lady On Fire) Olivia Wilde (Booksmart) Lulu Wang (The Farewell)  6,500 people make up the voting body at the Bafta’s – some of them are industry professionals and experts, and likely, they probably fall in the “white-men-in-their-50s-and-above” category. Then, there are the creatives – some past nominees – who are also members, but the general whitewashing happening ever since the BAFTAs first started is suggesting that there isn’t enough diversity and inclusion on top of that food chain to break the vicious circle. The outrage online mirrored how we felt. 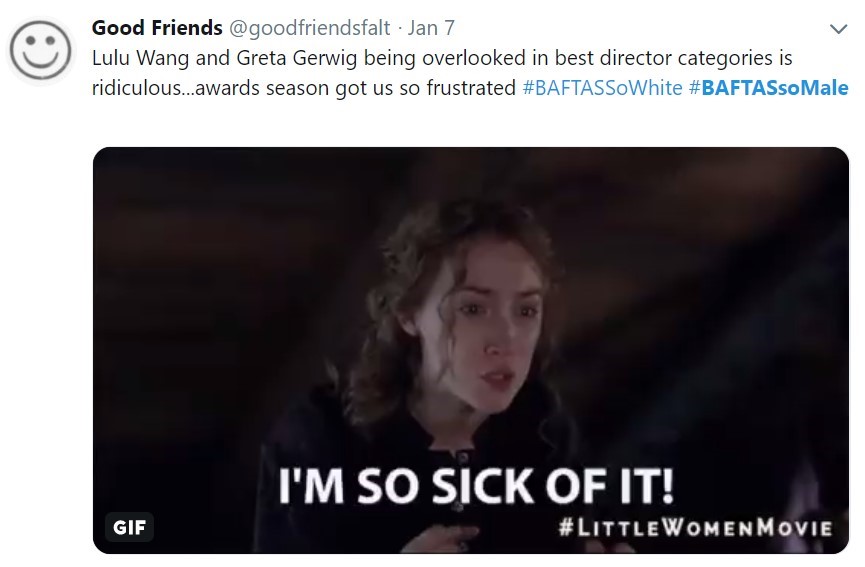 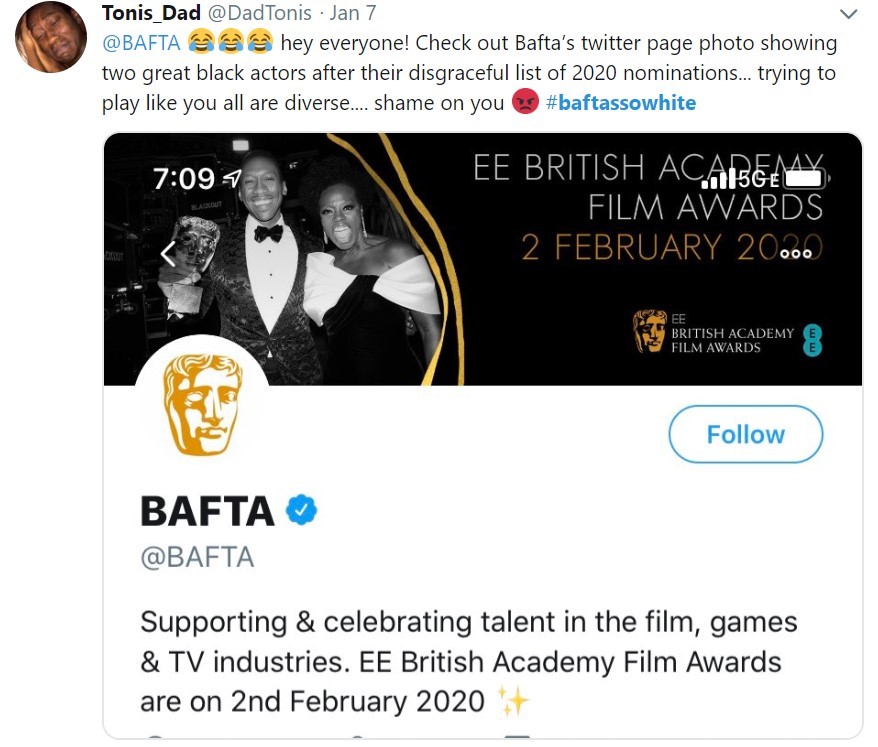 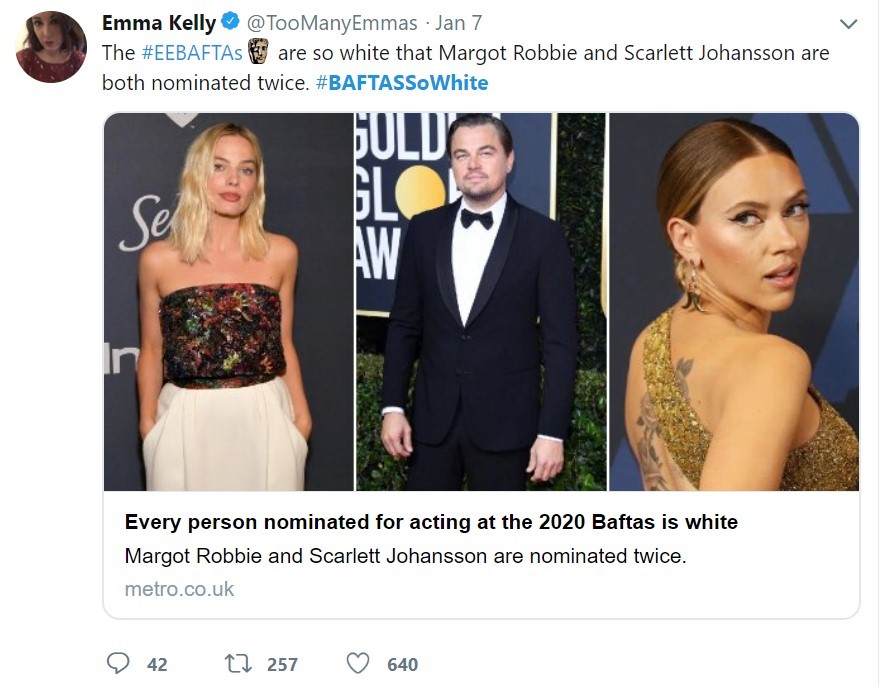 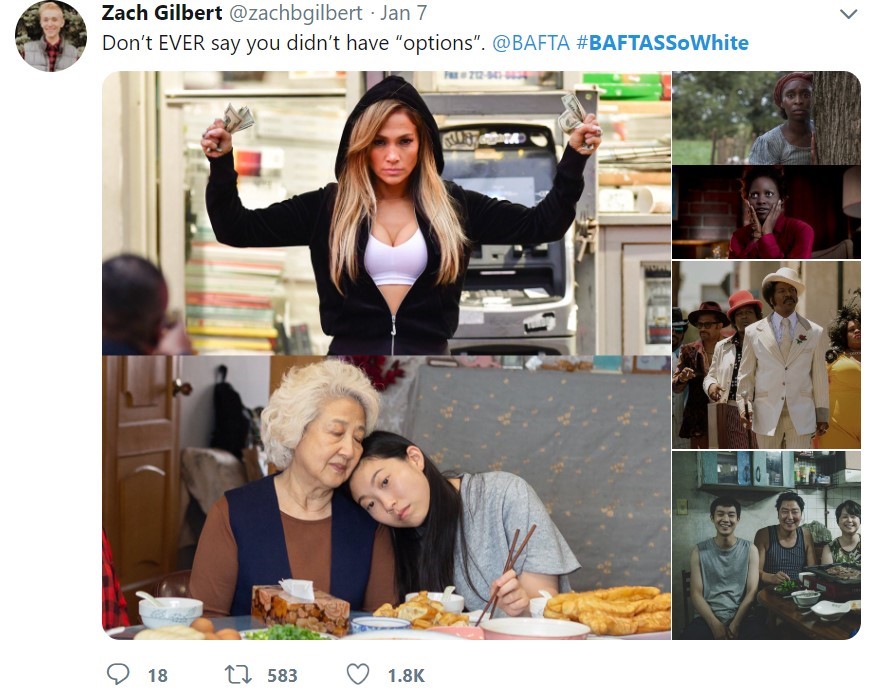 It’s not that the nominated films, actors and filmmakers aren’t great, because they are. The point is, they are not the only great candidates. So many diverse talented people black and brown were ignored, alongside the lack of women behind the camera being recognised for their efforts. Is this the kind of message that we want to send to the industry? Instead of reflecting the society we live in and the authentic stories made by a mixture of faces. 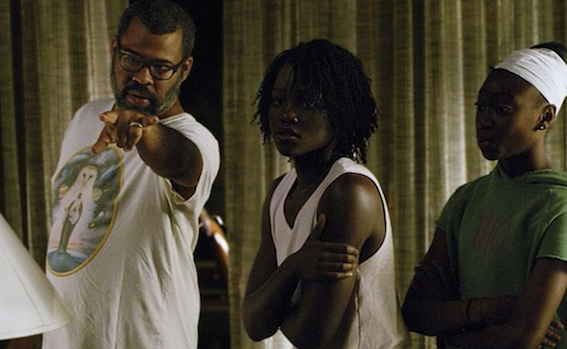 Awkwafina became the first Asian winner in the leading actress category at the Globes, and yet, she is missing at the BAFTAs?! Really? ( Rising Star only?) While meanwhile, previously nominated Margot Robbie (for ‘I, Tonya’) – who is obviously brilliant, no doubts about that – ends up with not just one, but two nods? I mean, was a single appreciation not enough? Voters had to give Margot the double and take a spot away from, say, equally fantastic Jennifer Lopez – an actress who has never been nominated before? Scarlett Johansson is another huge talent, hands down – she is also another white actor with two nominations, one in each category – best leading and best supporting actress. Coincidence? No, it’s a pattern…. We are not down with it! 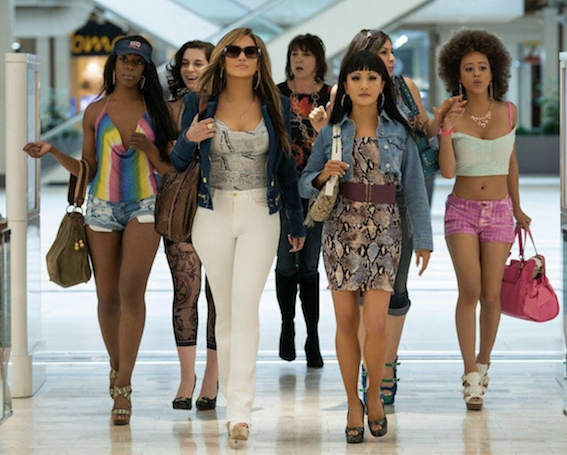 Instead, the voting takes away from gender and race equality. if you a minority we hate to say it but you need minorities on these juries to represent your voice. That way you are a part of the conversation, creative arts like film and music are supposed to unite us, and not divide and segregate. This discussion doesn’t take away from those who had their names announced on that stage the other day, because there have always been big snubs and missing names. This is a bigger problem about a real change needed in the film industry, from the so called critics to the ones pulling the strings behind the scenes. Equality can not just exist in front of the camera.

Feel free to let us know your thoughts in the comment section below. The British Academy Film Awards takes place on February 2!