Euphoria stars the awesome Zendaya Coleman. She has managed to navigate a career from childhood Disney star to the big screen, music and a successful fashion label with Tommy Hilfiger.

Away from all her achievements what makes her so special is her vibe, she comes across super lovely, humble and unaffected by Hollywood. Zendaya will be seen on the big screen in the eagerly awaited ‘Spider-Man: Far From Home’ this Summer but first comes  the new HBO series Euphoria. 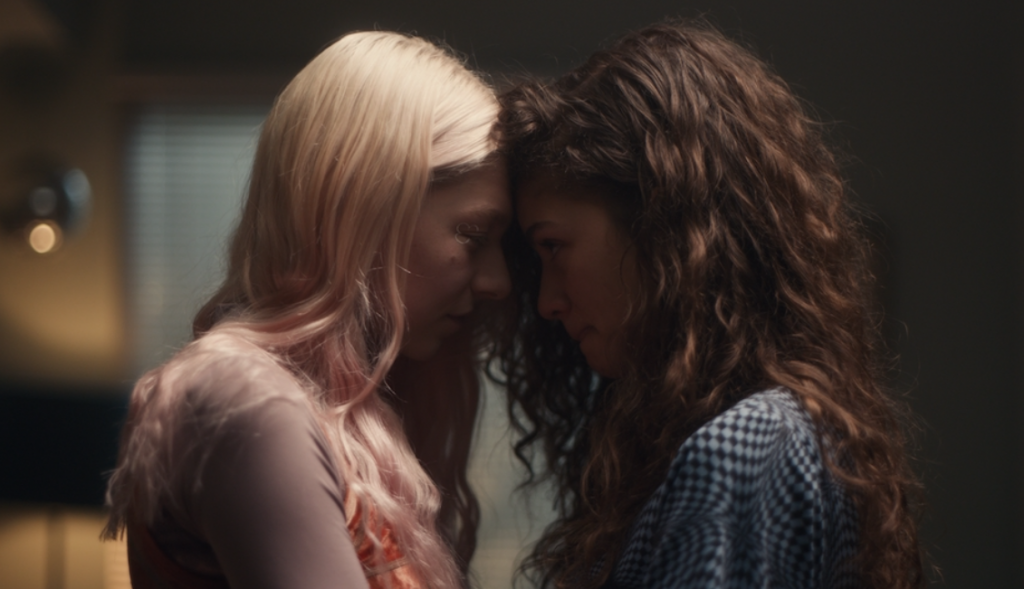 It’s been executively produced by Drake and created by Sam Levinson (Assassination Nation).

It’s based around two main characters Rue ( Zendaya) a young woman returning home from rehab after suffering so much mental pain and struggles that she turns to heroin to escape her pain. Cue new best friend (also future crush) and Euphorias’ next big star Jules played by model and trans-activist Hunter Schafer in her first acting role. Hunter plays a badass teen who is new to the area but living life the way she wants regardless of any hate. Add a whole bunch of other teens with pressures, relationships, problems, social media, sex and a lot of drugs and you get an idea of what you can expect from Euphoria.

It’s a raw, heartbreaking and edgy look at youth culture. Watching this at times you will feel uncomfortable, confused, emotional and even sad. By the way I have to point out everyone is super fit and cool as fuck, even through their struggles… ( not a representaion of kids I went to school with that’s for sure…)

On a serious note though, Zendaya doing this role is great and also I would also say challenging. I’m sure it was a tough decision to take on this tough character, but it shows her desire to reposition her perception in the world as an actress. Growth is so very important in all our careers and I think Zee ( as her mates call her) has made the right decision. Side-note Hunter Schafer I love you!

Euphoria is out now on HBO, watch the first trailer below!

Also check out Zendaya talking icons, style, career and her fans with Vogue!