LOVEBOX WAS A BLAST! 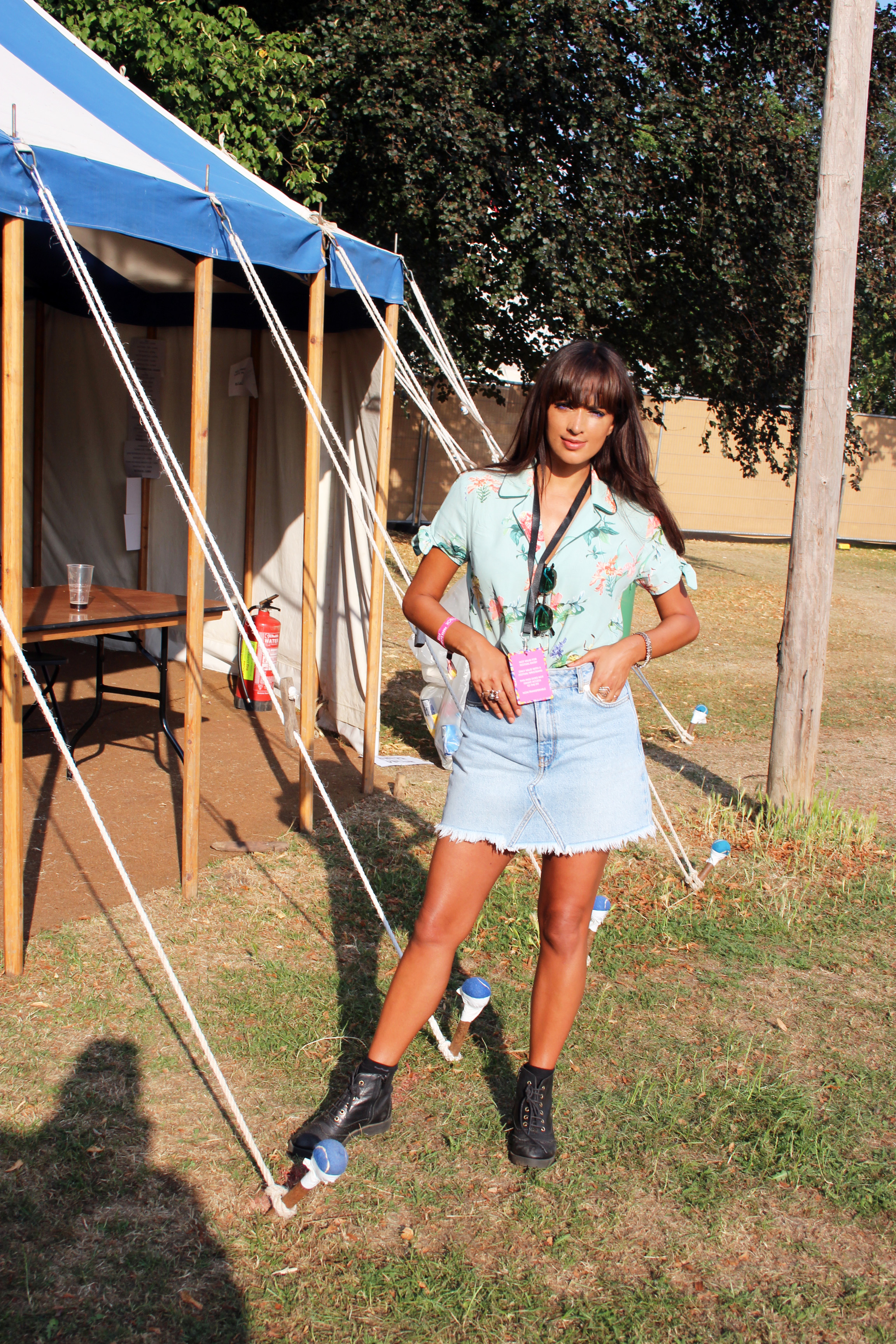 Festivals can be amazing but also stressful, exhausting, and places you lose things! I have lost numerous chargers, cash cards, ray bans and a ton of other shit over the years. They can also be intimidating and not so welcoming. The crowd can make or break a festival especially if you are not rolling with an AAA pass!!
VIP these days doesn’t mean much aside from a little queue jumping and a cornered of area selling almost the same food but with the added bonus of nicer toilets. Which TBF is a huge priority so how dare I talk down that perk!
I mostly attend festivals as Press/Guest ( which I’m grateful for) and spend the day mostly running around grabbing interviews, trying to see at least one set and have a plate of incredible but very bad food that I would normally not touch! Burger and chips is a must at festivals, the queues and choices are limited plus you pick mostly by where you can grab it quickest and looks the cleanest. It’s the only time I break all my food rules and go nuts!
As a DJ my first love is music so that’s always my main reason to go, but there are a new breed of FOMO crowds that go just to be seen and validated by their social media circles.
I love dressing up and fashion is so close to my love of music but and this is a big BUT…… I would never go to a festival just to take pics of me showing of what I’m wearing ?
I noticed so many fellow bloggers and people in general spending the whole flipping day standing against as many cool, edgy and colourful backgrounds to take shots of themselves?? I understand if you are creating content for your platforms especially if like me you love to share your looks with your followers…. but the whole day????
Really what a waste guys, enjoy the ambience, the music and the people you are with. We are now living in a mad time where we share our lives through our pics and vids rather than enjoy the real experience. You know what I mean?
A picture can tell the story you want the world to know, but the real thing can make you feel an emotion, incredible, excited, happy or even disappointed at times!
It’s difficult for me as I write reviews, take pics and film mini vids around my experiences in the culture that I love to share. So even I’m now trying to find that balance of enjoying the moment and not spend all my time sharing it with those online.
Plus nobody wants to see the whole thing … one day they will experience it for themselves. So with that in mind here’s a snapshot of what happened at Lovebox Festival this year. 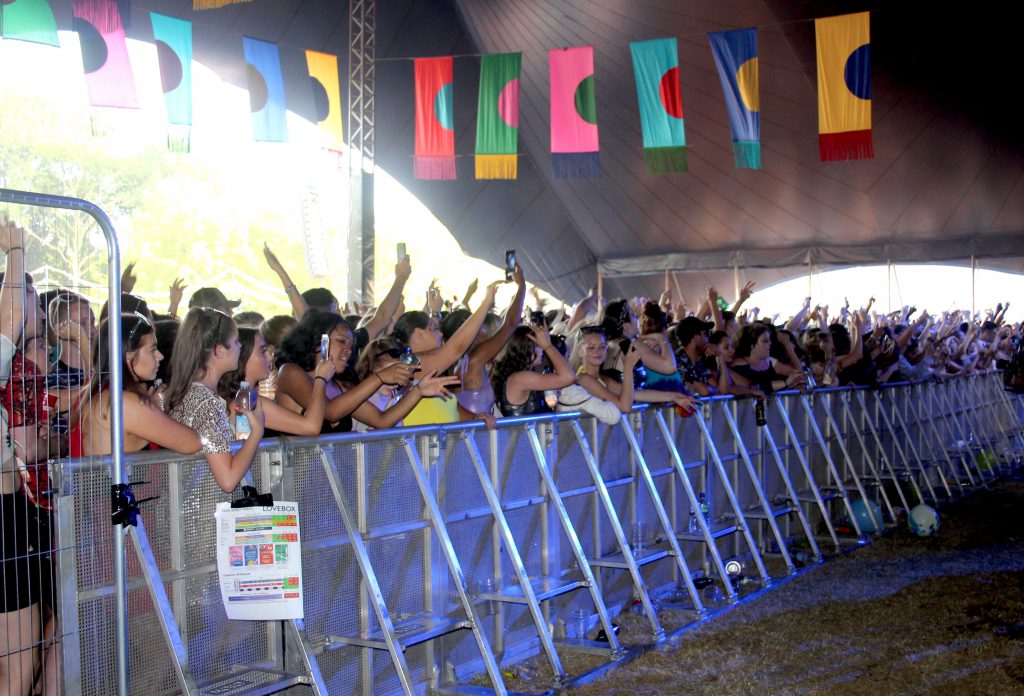 With a new location of Gunnersbury Park, Friday and Saturday saw the likes of Childish Gambino, Skepta, Diplo, N.E.R.D, Shy FX, Maverick Sabre and my personal favs SZA and Mura Masa rock the stage.
For those of you that have never been, let me fill you in! It’s a festival that celebrates mostly Dance and Urban artists but over the years the line-up has also included big Pop acts like Ellie Goulding and Jessie J alongside legends Grace Jones plus Snoop Dog. It’s fair to say it’s probably one of the most eclectic live music events in the calendar.

The thing I love away from the awesome line-up is the vibe at Lovebox. This is the one festival where you don’t feel uncomfortable or not cool enough to be there. The music is edgy and super dope but so is the atmosphere creating this melting pot of different people all out for a good time! 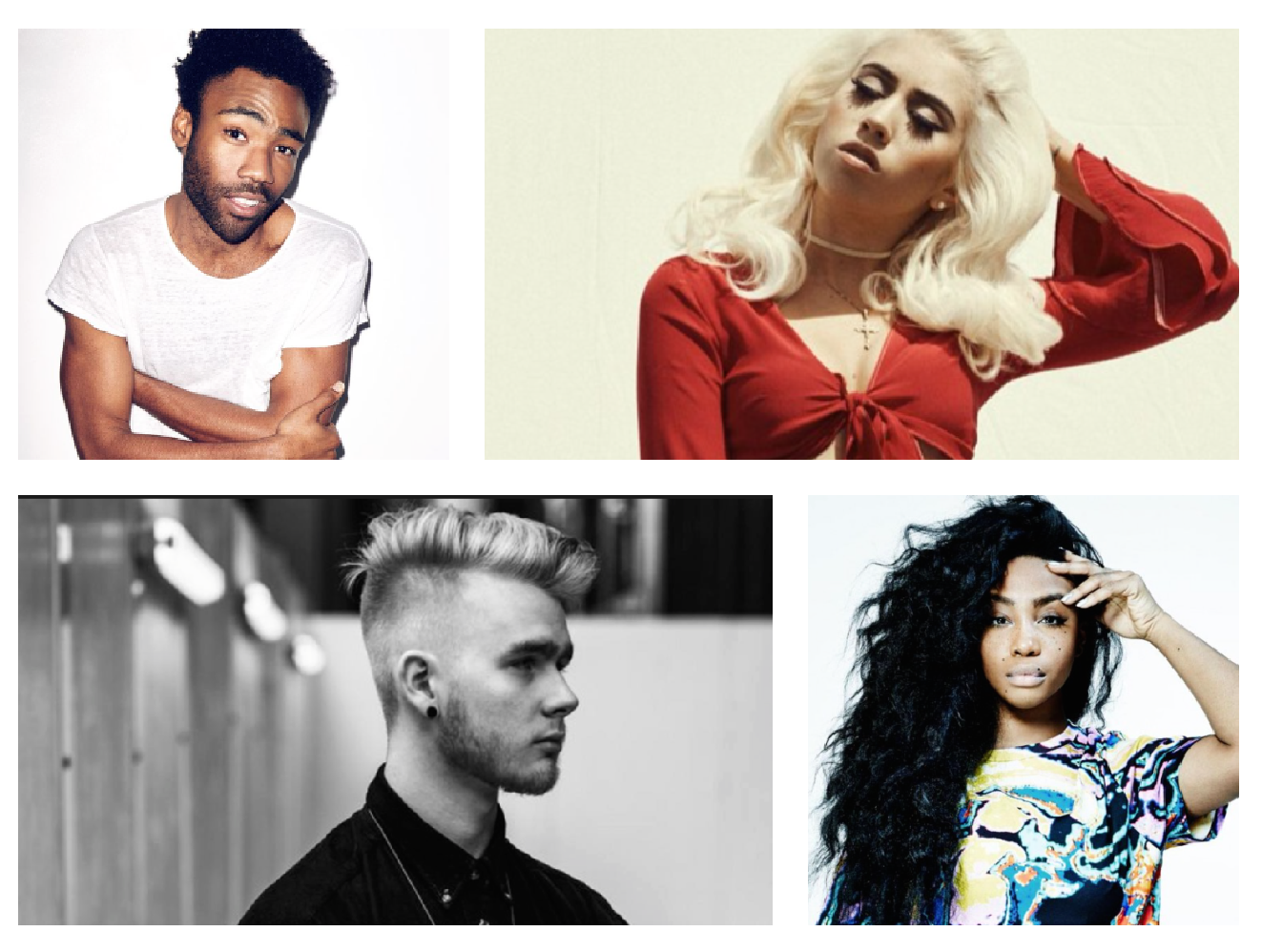 With great acts like Skepta, Novelist, Anderson.Paak, Kali Uchis, Grace Carter, Mike Skinner, Vince Staples, and Wu Tang Clan all on the bill the weekend was a total success!!

Childish Gambino closed Lovebox Sunday night 9,30pm with an audience so ready for him they were chanting his name and cheering for him to come out. When he did venture out he was dressed in a simple pair of trousers and a cute retro style shirt which got totally unbottoned and ripped the hell off ( by him no fan was involved in this.. lol) 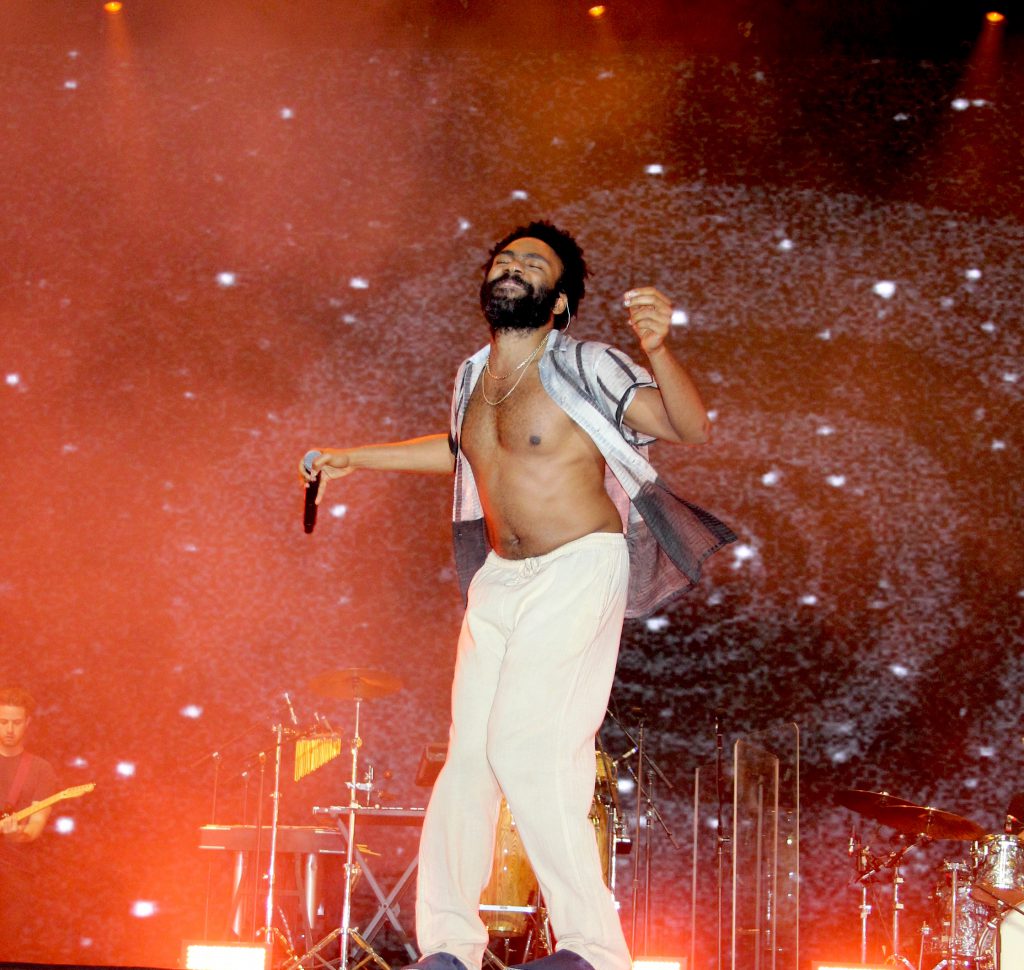 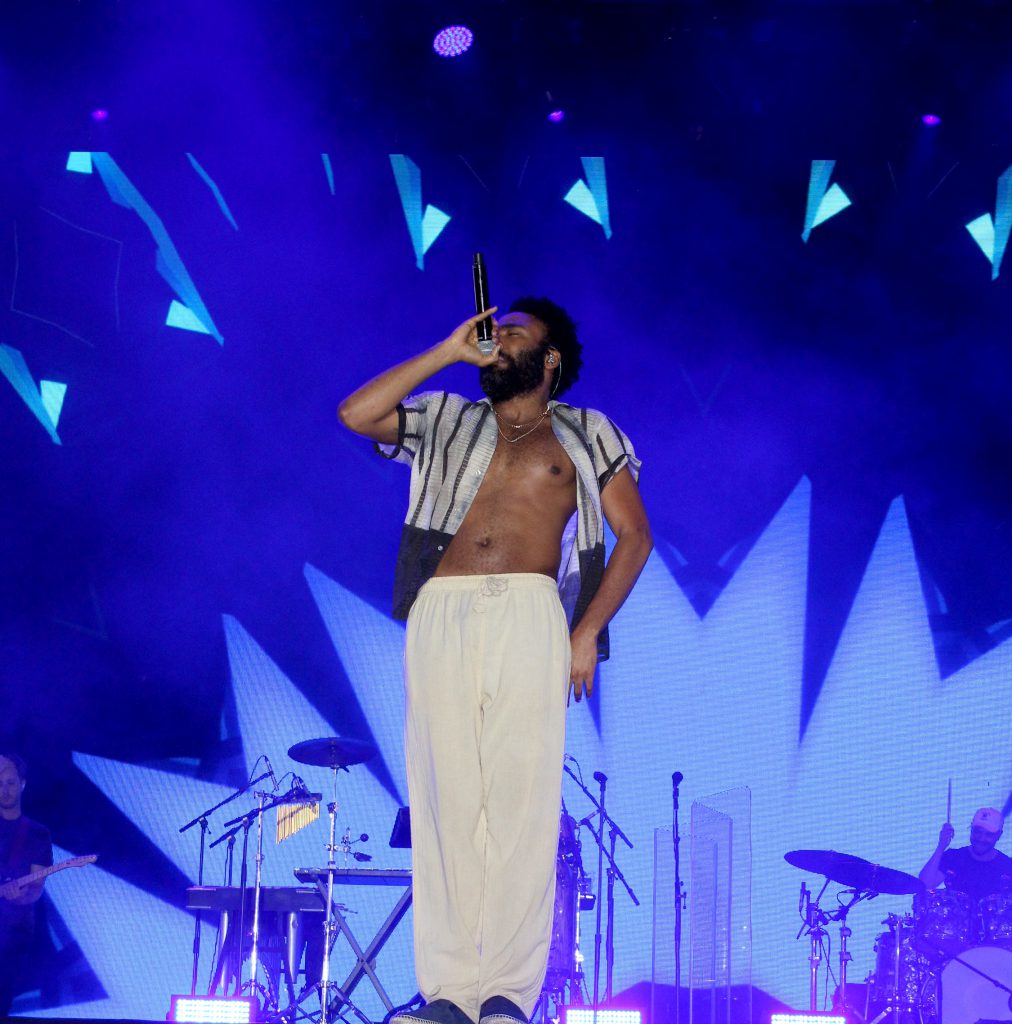 Donald shared his love of Rap, Rock, Soul and Funk on stage with the 50,000 people packed out at the main stage.  His stage was dreamy and beautiful yet very simple, while the vibe chilled, happy and energetic. I do love his random strange facial expressions and dance moves, he seems to love to add a little humour and theatre to his performances!

He also shared his concern for the state of our world right now especially Trump, never one to shy away from making a stance!

“You know we’re not that different, I’ve been seeing the same shit here that I be seeing in America. I used to be like, ‘oh man, London can’t be that bad, you don’t got burns like that. And then you all came out with the acid, I was like oh fuck. That shit is terrifying. But everybody feels the same way, I was very proud to see that big balloon. That shit is unfair. But the scary part is you gotta fight for that shit.”

Donald rocked Lovebox and when he performed ‘Worldstar’ and ‘This Is America’ the crowd went nuts!

Also special mention to Producers/DJ’s/ Mura Masa and Shy FX who shut down the Noisy and Kopperberg stages!

6 thoughts on “LOVEBOX WAS A BLAST!”