‘THE CROWN’, SEASON 4! BEHIND THE SCENES!

It is finally here! That’s right! Drum roll, please! The Crown, your favourite royal show full of actors portraying your favourite – and less favourite! – It’s back for season 4 and as always, it’s here to razzle and dazzle you with its spot-on casting and storylines that let you peek behind the curtains and learn a little bit more about the blue bloods ruling the United Kingdom. 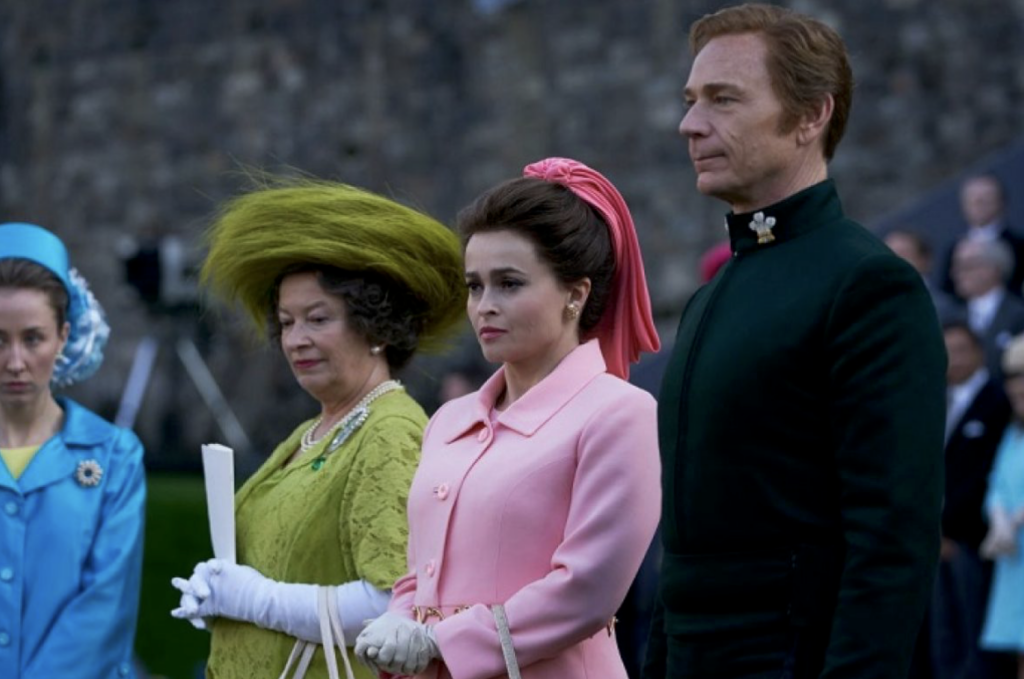 So, who will be squaring off with the fantastic Olivia Coleman for the most authentic and accurate depiction of a historical figure that calls the shots in British politics? Well, well, well… you are in for a real treat! We’ve already known that Margaret Thatcher and Princess Diana will play a big role in the upcoming fresh batch of episodes, but if that’s not exciting enough, then check this out… Sex Education’s superstar, Gillian Jacobs (also, The X-Files), will portray “The Iron Lady” while the captivating movie star of an enormous talent, Elizabeth Debicki (‘Tenet’, ‘The Great Gatsby’, ‘Widows’) is going to tackle Harry’s and William’s mother, the beloved Princess Diana. If you aren’t scratching days left on the wall in anticipation, then I don’t know what ya’ll doing with your life! 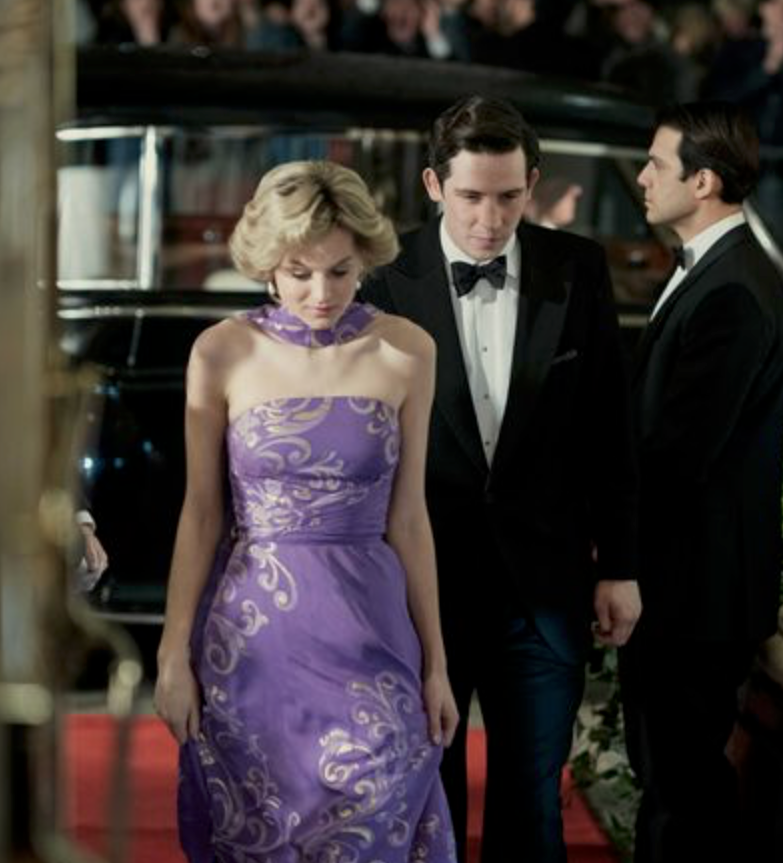 Season 4 picks up in the late 1970s. Queen Elizabeth (Olivia Colman) and her family find themselves preoccupied with safeguarding the line of succession by securing an appropriate bride for Prince Charles (Josh O’Connor), who is still unmarried at 30. As the nation begins to feel the impact of divisive policies introduced by Britain’s first female Prime Minister Margaret Thatcher, tensions arise between her and the Queen which only grow worse as Thatcher leads the country into the Falklands War, generating conflict within the Commonwealth. While Charles’ romance with a young Lady Diana Spencer provides a much-needed fairytale to unite the British people, behind closed doors, the Royal family is becoming increasingly divided.

Speaking about his portrayal of the two most powerful women in the country of that time, Writer Peter Morgan explains

It could be said that they are two very similar women, born only months apart. They are very much defined by the Second World War, by a sense of a sense of frugality, hard work, commitment, Christianity and so much more. It was a commonly held piece of wisdom that the Queen and Thatcher didn’t get on. I think there was probably a lot of respect. But they also had many differences, it was really fun exploring their differences and their similarities. I also get a chance to explore them both as mothers. Writing Thatcher and the Queen as mothers was probably an angle that no one has explored before. But it yielded one of my favourite episodes in the season.

Diana has a historical perspective. I am really conscious of that. I really don’t want to get too close so that what I do is journalistic. I really want to make sure that there is enough distance so that if you tell the story of Diana it can almost be something else. It can have metaphorical resonance.

But, while you are waiting and still feeling the ambiance of regality, England, United Kingdom, royal family, thrones and crowns, etc… why don’t ya treat yourself to a little appetizers, either in the form of the first 3 seasons of ‘The Crown’ (even if it’s just for the breathtaking performance of Claire Foy) or those few shows below that can be considered as one of the best historic depictions of real-life monarchs and their subjects: 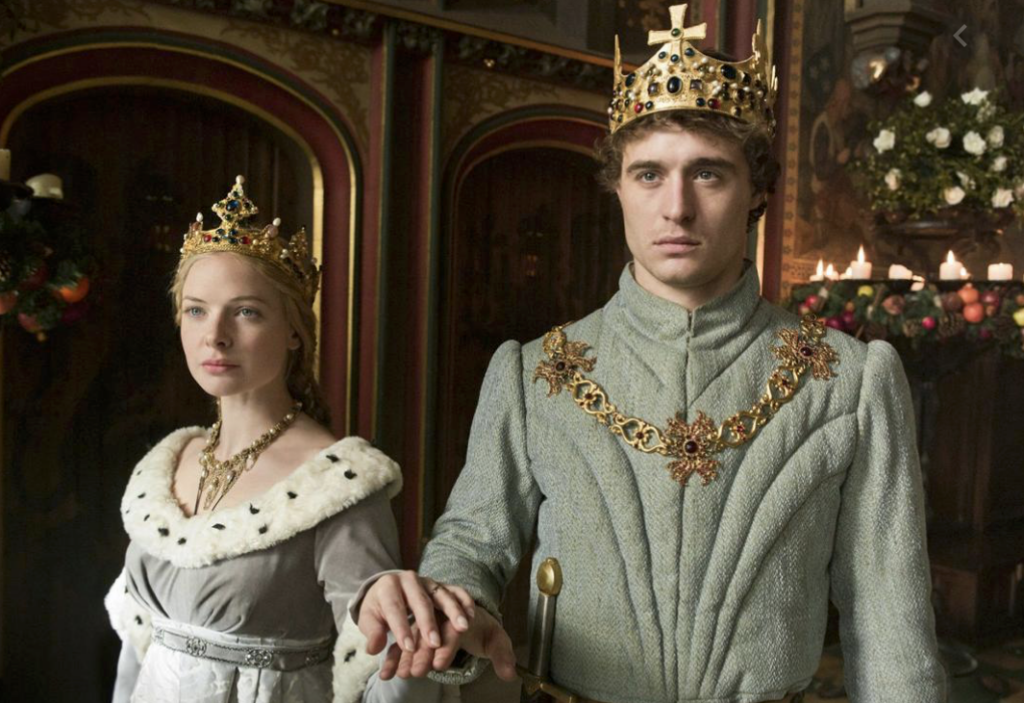 Based on ‘The Cousins’ War’ – Phillippa Gregory’s historical series of novels – this show, with the enthralling Rebecca Ferguson as the lead Lady Elizabeth, is one of the truest and yet, ridiculously implausible factual stories that Britain had ever seen. It is the real-life equivalent of what the ‘Game of Thrones’ is all about, which is an extremely expository title. The following three women – Elizabeth Woodville, Margaret Beaufort and Anne Neville – and their manipulations of authentic events to gain power. It is one hell of an interesting plot that will make your heads turn and constantly ask, ‘HOW IS THIS EVEN POSSIBLE?! THAT COULD NOT HAVE HAPPENED! NO WAAAAAAAAAAAAY!’. Well, yes way, it did happen and obviously, was more than just possible. 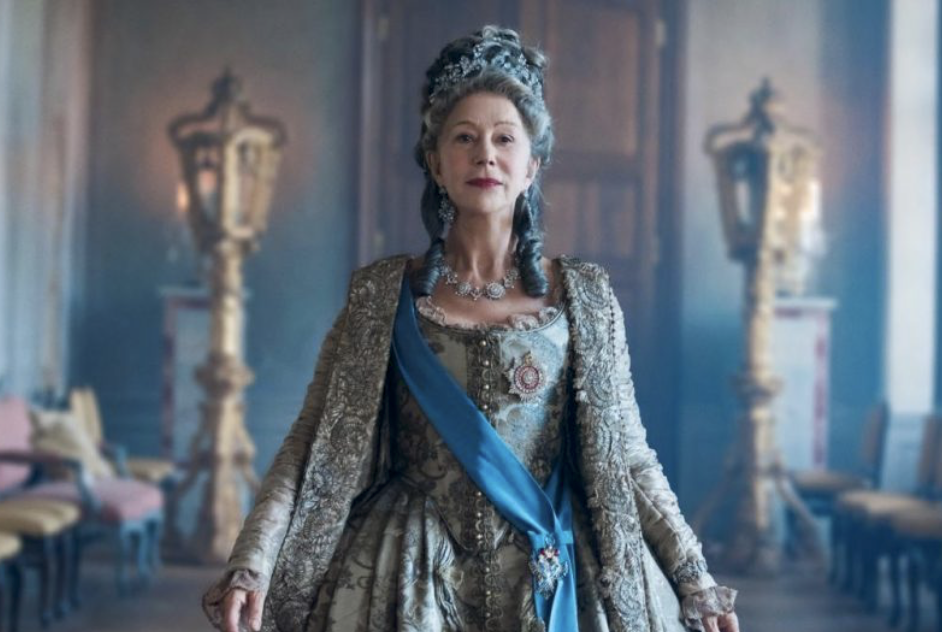 Sky Atlantic’s and HBO’s cooperation gave birth to Helen Mirren’s-led ‘Catherine the Great’. If follows the Russian empress, Catherine II, from the moment she starts her reign and all the way up to her death. The setting of this series really steals the spotlight, and the design of the costumes and interiors is one of its strongest points, but what really holds you in front of the screen is the majestic Helen Mirren and her powerful performance. Worth noting that Helen Mirren is, in fact, of Russian origin and it is easy to believe that this part of her heritage floods from beneath the surface. 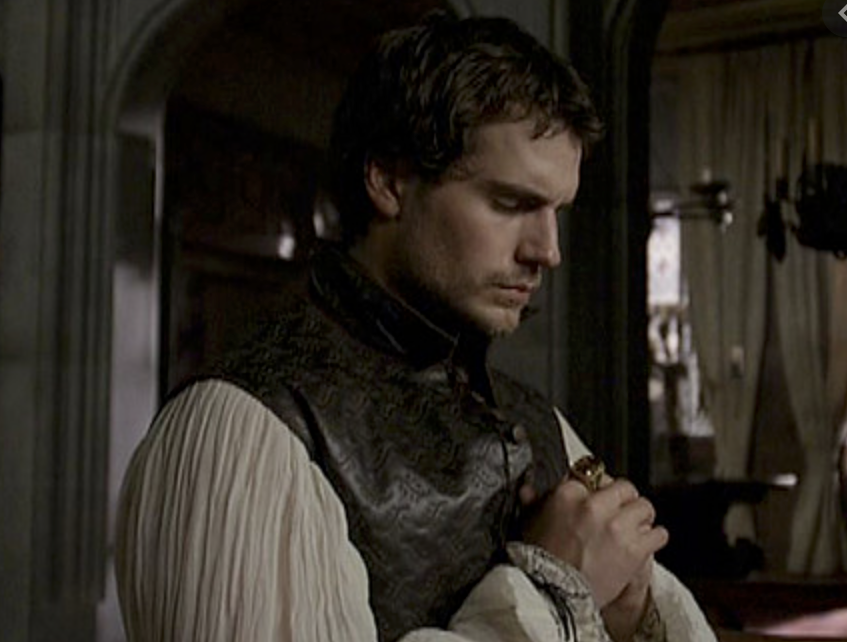 One of the most acclaimed historical dramas that revolve around the Great Britain, ‘The Tudors’, almost gave birth to the talents of Henry Cavill (‘The Witcher’, ‘Man of Steel’) and Jonathan Rhys-Meyers (‘Match Point’, ‘Mission: Impossible III’), who started off as Henry VII and Charles Brandon, respectively, before moving on to their big film careers – as well as being one of the first notable roles for Annabelle Wallis (‘The Mummy’, ‘Peaky Blinders’, ‘The Loudest Voice’) and Natalie Dormer (‘Game of Thrones’, ‘Hunger Games’). As the title suggests, it follows the Tudors Dynasty, specifically focusing on the reign of Henry the VIIth of England and his court. The four seasons are thrilling, joyous watch following the intrigues around the castle, with most of them based on real-life historic events – albeit, the series does take liberties with costumes, names and relationships as well as timing of some events. If you didn’t get a chance to watch it before, don’t forget – this is a throwback season! 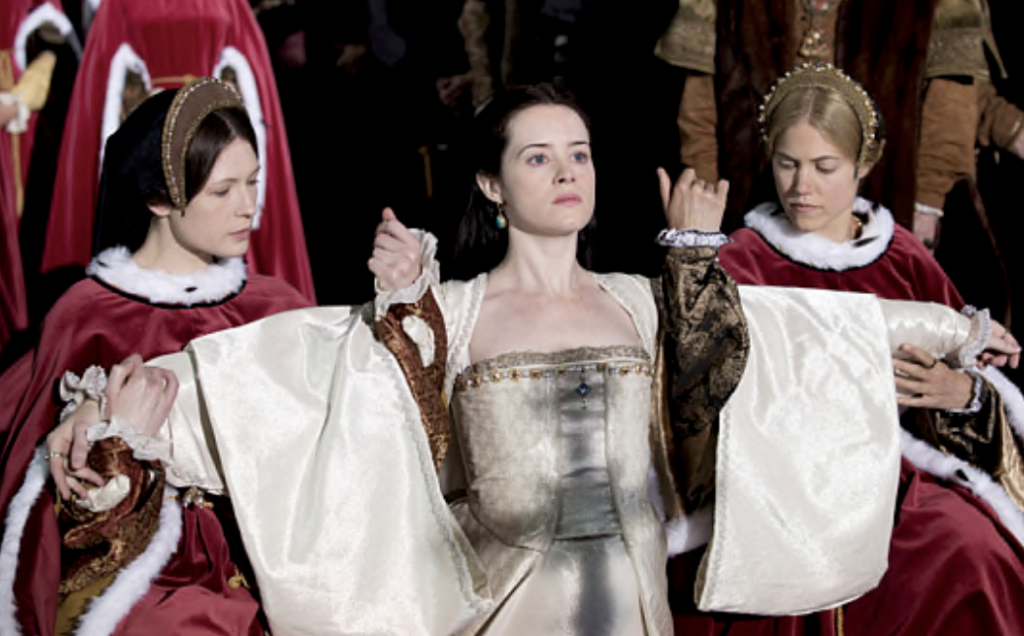 Another shows that is set during the Tudor reign over England – specifically, that of Henry VIII – and, this time, fictionalizing Thomas Cromwell’s rise to prominence. It documents the death of Sir Thomas More, Cromwell’s assistance in freeing Henry from his marriage to Anne Boleyn and a more sympathetic representation of the times that ‘Tudors’ and ‘White Queen’ also take on – however, still remaining grittier and darker. As usual with British period pieces, this one is also well-represented by its stellar cast – with Mark Rylance at its helm as Thomas Cromwell, Claire Foy as Anne Boleyn and, of course, Damien Lewis portraying Henry VIII (Jonathan Pryce and Tom Holland also feature!).

This 2010’s drama from Tom Hooper follows King George VI’s (Colin Firth) struggle with stuttering, which he is starting to overcome with the help of an Australian speech and language therapist, Lionel Logue (Geoffrey Rush). The film is an inspirational love letter to the speech delivered by the newly-appointed King, as well as the friendship between a man with a learning disability and his tutor, who helps him control it. The film became a global box-office hit and received 12 nominations at the 2011’s Academy Awards – winning Oscars in four categories, including Best Picture and one for Leading Actor won by Colin Firth.

Set in 1997, the film tackles the death of Princess Diana and its immediate aftermath. Tony Blair gets elected as the new Prime Minister less than 4 months before Diana’s fatal car crash. While Blair – as well as Diana’s ex-husband, Prince Charles – believe that Diana’s death is a public affair and wants to see it treated as the death of a royal, the family and the Queen initially believe otherwise and want it to be investigated and covered as any other death of a regular citizen would. The complications caused by the official protocols as well as media only make matters more difficult and that’s what’s at heart of this drama. For her portrayal of Queen Elizabeth, Helen Mirren went on to win the Academy Award for Best Actress in a Leading role at the Oscars in 2007.

Unsettling it will truly terrify you.. ‘RELIC’!

‘HURACÁN’ packed with heart and action!