In an epic odyssey of romance, war, drug addiction, and crime, Tom Holland plays a man struggling to find his place in the world. The Russo Brothers took on the task of adapting a semi-autobiographical novel written by a former soldier Nico Walker.

The story is complex and also incredibly shocking yet with an element of humour and relatability. Cherry stars Tom Holland, a guy trying to navigate life as best as he can with very little support. His decisions are led by impulse and a lack of life experience, 17 years old and trying to figure out this thing called life.
Watching the story play out, it would be easy to think in essence it’s a story about first love, the kind that makes you crazy and love the other more than yourself, but I don’t think at the heart that’s the story The Russo’s and Walker wanted us to see and feel, instead it feels like a look into a world that exists and a lot of times we tell ourselves isn’t as bad as we think. It’s a choice, you choose if you want to take drugs, abuse your body and mind, almost a way of not having to understand or care about those that are suffering with trauma, PTSD and addiction. Much like Cherry’s character people in more working class, less economically successful affluent areas of America and the world don’t always see choice, success and opportunity around them, which can result in poor decisions and life choices that can literally make or break you. PTSD is a real thing and in the film Cherry joins the army, his first real job, before that he was serving pizza, a barman and now he has a gun, is being shouted at and stuck in a warzone with no way out. 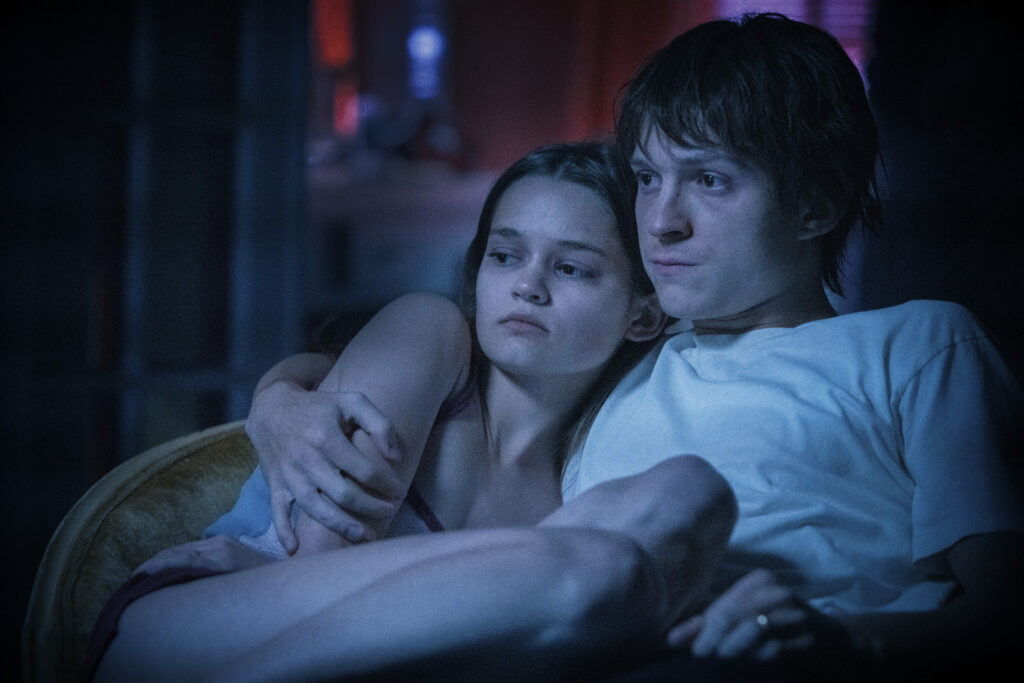 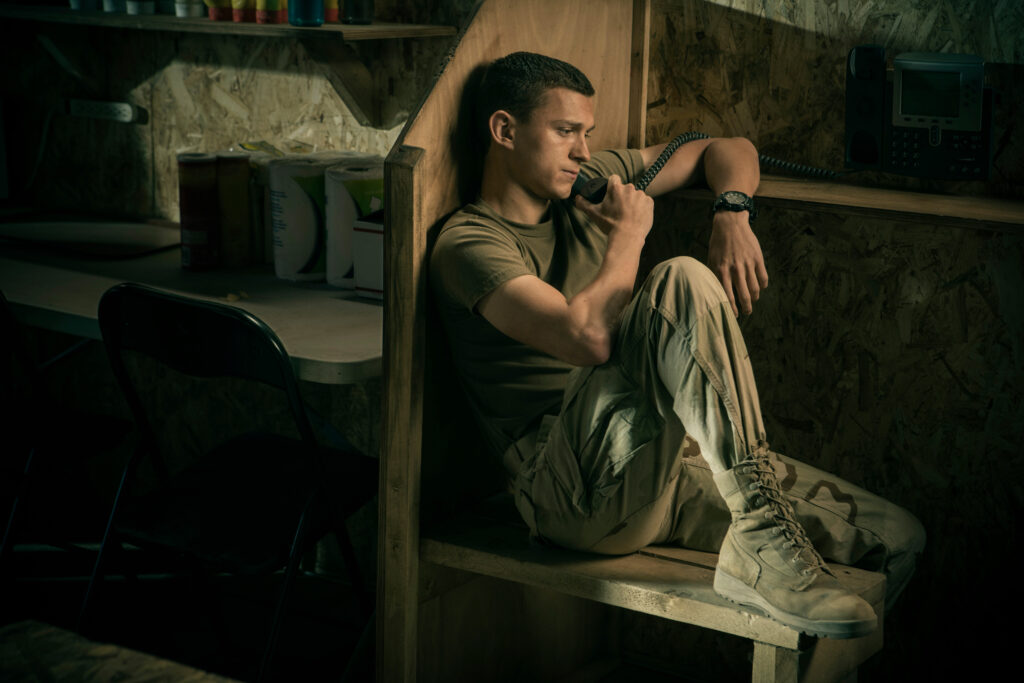 You can feel his emotions and the lack of maturity to comprehend what is going on, when he loses friends and is having to quite literally hold someone’s body together after a bomb blast his innocence is gone and instead he becomes a product of his environment. Returning home with PTSD and spiralling into more addiction to cope even hide from his pain. The only real thing that gives him any reason to live is his wife ‘Emily’ played by Ciara Bravo, who has such innocence and unrequited love for him, she is the hope in the story, well so you think. This part of the story doesn’t play out how you would expect or want, instead she too gets dragged into the world of her young husband’s heroin addiction and chooses to succumb to the comfort being intoxicated brings, away of being close to the man she adores. 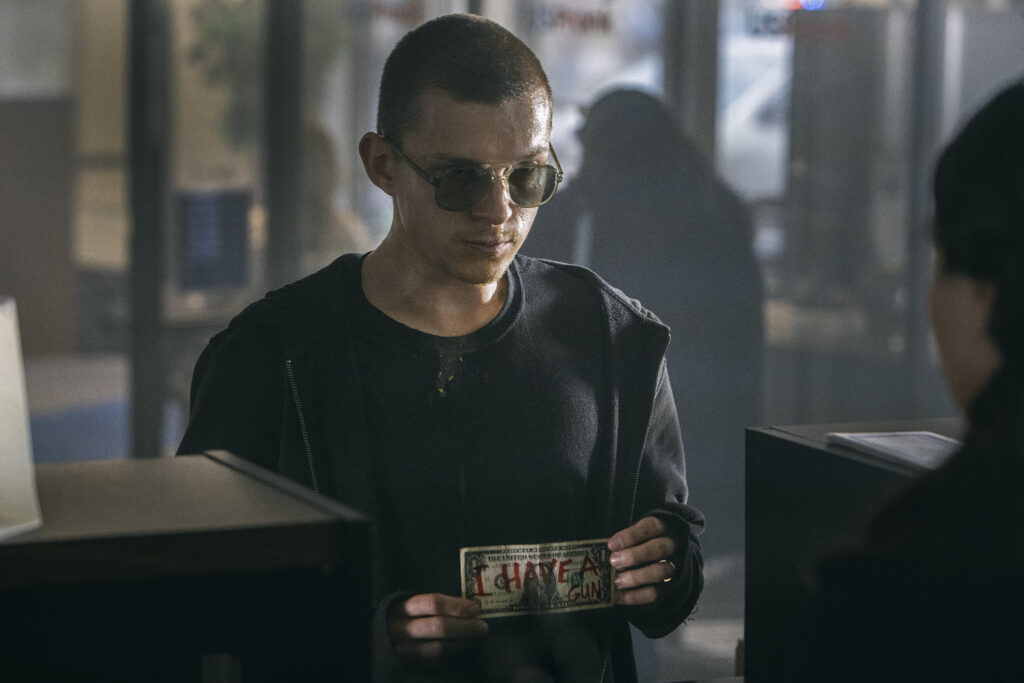 This movie is erratic at times much like it’s main character Cherry, some parts rushed and needing more time to breath also incredibly ambitious taking on such a demanding story of one man’s struggle with life, drugs, pain, and how that manifests through all the stages of his young adult life. The Russo Brothers coming from the successful Marvel universe didn’t need to make this film, let’s face it they are set for life and could very easily have continued to be kings in the universe they have created, so this has to be a film made out of passion. They didn’t start with big budgets making superhero films, they were indie creators trying to tell stories with substance and for someone to notice. I hope they continue making films like ‘Cherry’ and showing the world you can do both entertaining popular big budget films and still create important new stories that need to be seen and understood through drama, humour and heart. 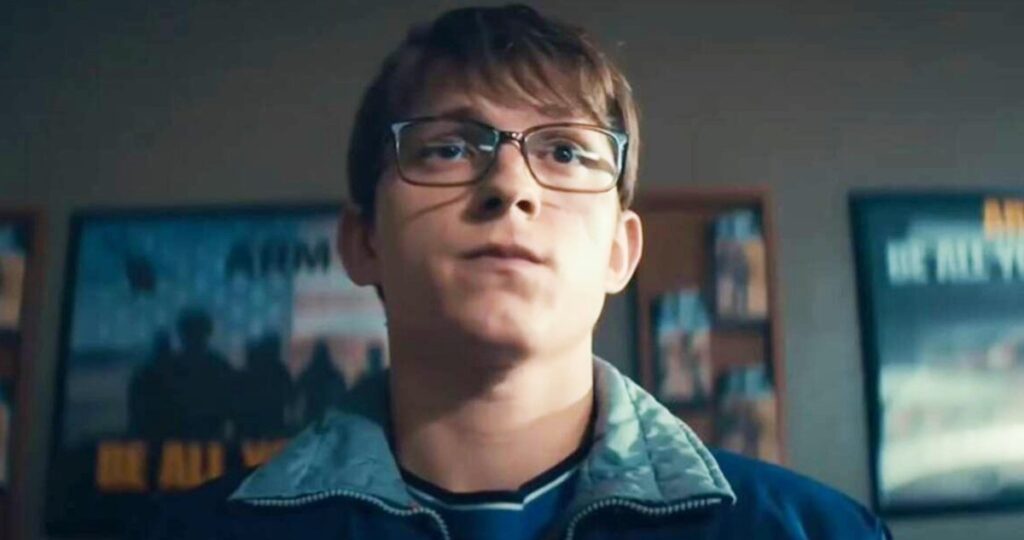 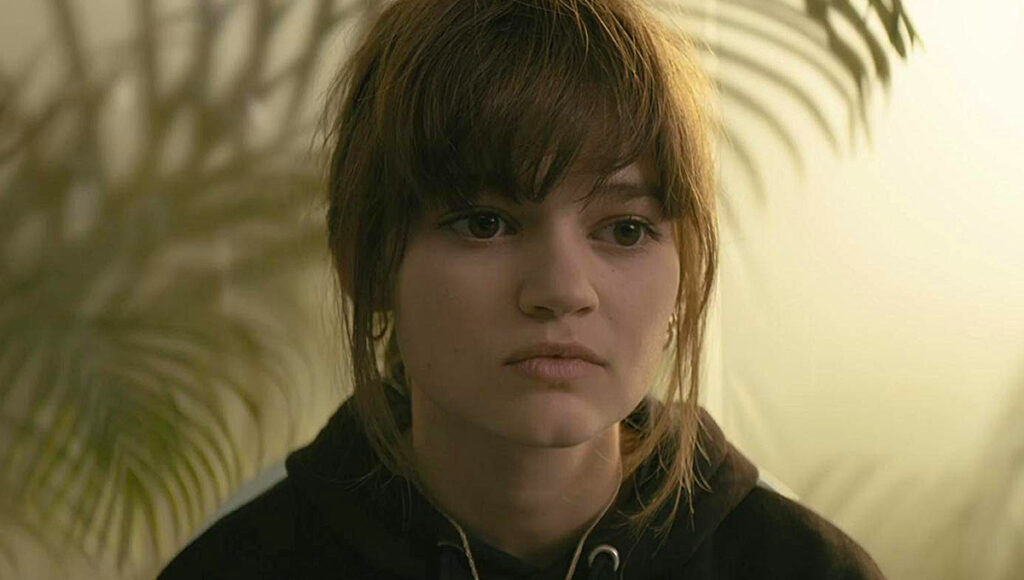 Look, is the film perfect? No, but it’s good enough to connect with you on a deeper level. It will it make you feel compassion and a sense of understanding hopefully about that young soldier that signs up to fight a war he doesn’t understand for his country, seeing the worst kind of things while fighting with very little life experience, returning home often forgotten and not given the support emotionally to deal with what he has seen and done while also trying to play catch up and rebuild life but no help in sight. How it affects his family and loved ones, the trauma untreated is like a contagious disease hurting all near it.
Tom Holland choosing or being convinced to do this role was the right decision. He has become that clean cut mainstream actor loved for movies like Spiderman and Onward. While he has explored darker, more serious roles like ‘The Devil All The Time’ recently alongside Robert Pattinson, Cherry is his most demanding and challenging one yet. He had to portray an addict, a criminal, a soldier, someone suffering with PTSD all while trying to still show he has redeeming qualities, that innocence, charisma and likability. The Russo Brothers could have picked an actor that would have on paper embodied the role of Cherry more, someone who is a Hollywood rebel and may have even  experienced some of the things that the character goes through, but they didn’t, instead they picked 24 year old Holland their Spiderman and gave him the opportunity to do something so tough, but in an environment he would have felt protected and comfortable even when being uncomfortable. 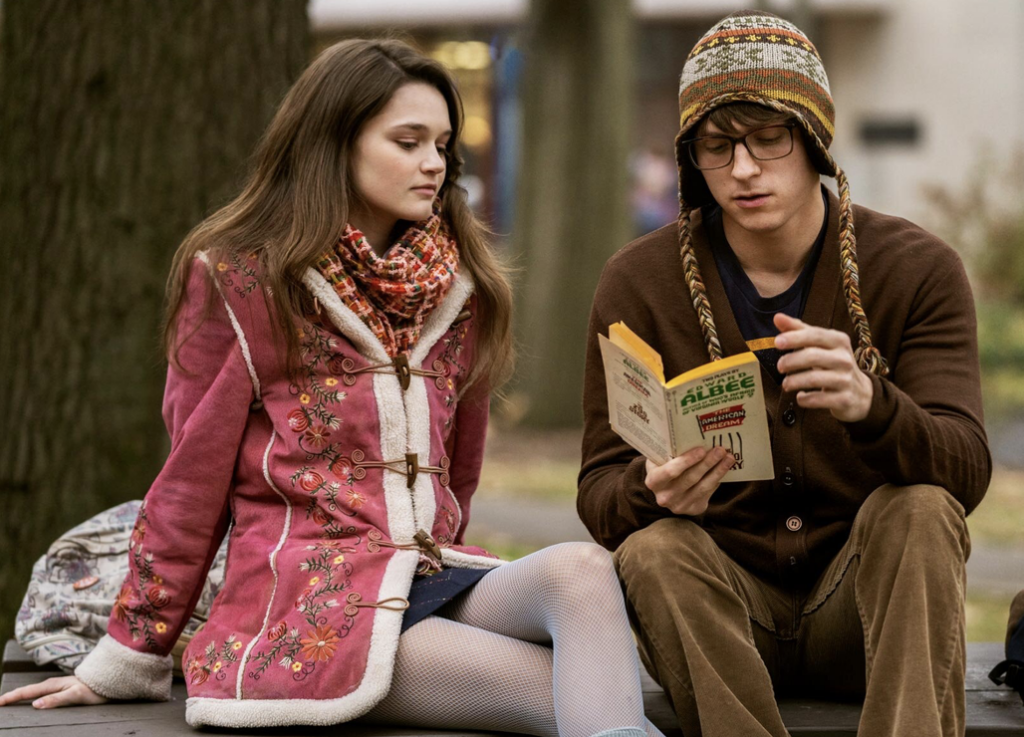 Tom shed weight for the role, recently sharing that at one point he was only consuming 500 calories a day to play Cherry during the drug fuelled part of the story. He also said he could never put his body or mind through something like this again. I hope that’s not true as this could be the start of him being more than just another great loveable Peter Parker until the next one comes along. The experience of playing a character like Cherry has unlocked a part of him that might be scary but I would think also a little exciting, what do we get told all the time, practice, practice, practice only way to master something.

Cherry is out now in select cinemas and will stream on Apple TV+ March 12!