WILL ‘THE PROM’ SAVE CHRISTMAS?

We know what you’re thinking, alright. Trust us – we were also dreading the new ‘Prom’ movie before it came out, because the shadow (or shedded fur, yikes!) of ‘Cats’ – one of the most panned, bizarre and unwittingly scary Broadway musical adaptations that ever (dis)graced the big screens – is long, dark and cold…

Not to worry, however! If there’s one thing that Meryl Streep taught us is that when she takes on a project for the shear paycheck, then this project is at least passable. And in the case of ‘Prom’ – Ryan Murphy’s (American Horror Story, American Crime Story, Glee) big-budget Netflix musical from a hit show by Chad Beguelin and Bob Martin – we are talking about something fun, which is exactly what we expect from song-driven narrative, right? In this case, don’t let James Corden scare you – here, he is closer to ‘Into the Woods’ than ‘Cats’ (YIKES!) 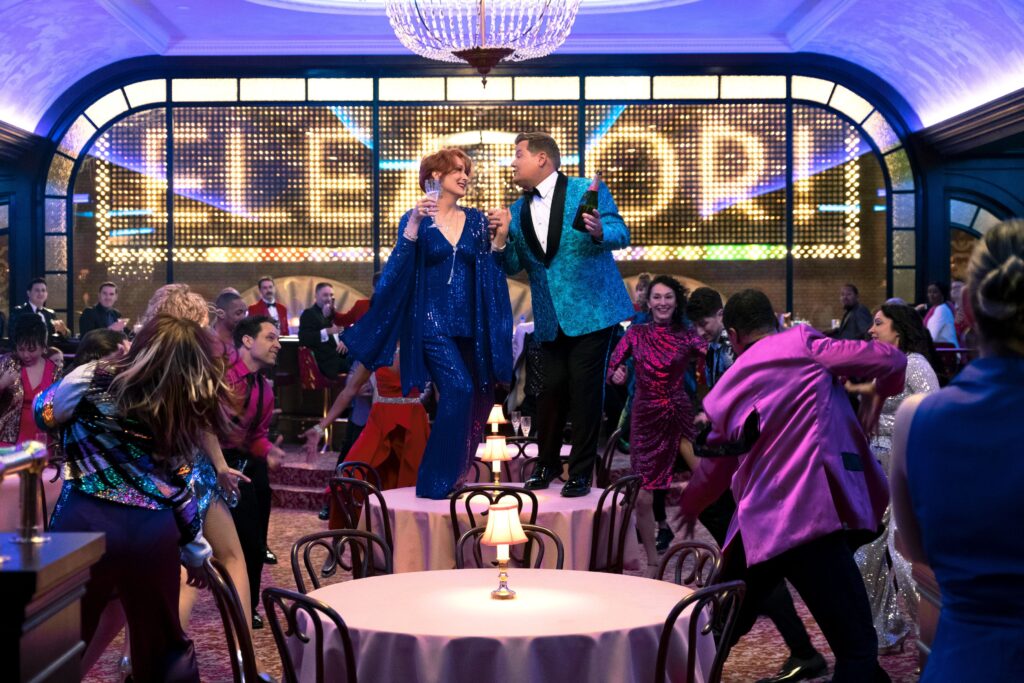 As we can expect with these Broadway shows-turned-movies, the star-studded cast shines in the spotlight. Opposite Streep and Corden, we see Nicole Kidman, Keegan-Michael Key and Kerry Washington, to name a few. It follows two stage stars, Dee Dee Allen (Streep) and Barry Glickman (Corden) whose careers are at crossroads following their expensive Broadway flop. After the two find out that a young girl named Emma is banned from attending prom with her girlfriend somewhere in small-town Indiana, they hit the road with their actors and seize the girls’ predicaments as a perfect way to shine a bright and positive light on their careers and stage a comeback – pun intended. If that does not sound like a new kind of musical that not only breaks the walls with its sound (Matthew Sklar’s music from the Broadway is also used in the movie, and lyricist [and co-writer] Chad Beguelin is returning, too] but also the topic it tackles. This is a prime Ryan Murphy material and his fight for inclusivity and more diversity on-screen’s had never been given so much money, marketing and power to shatter through some of the off-screen walls built within the industry and everyday normal lives alike. If not for the actors, Murphy himself, the love for musicals, then this should be watched the hell out of by all of us for the message it is sending alone. This kind of movie doesn’t come often around – in fact, this is very much one-of-a-kind – and honestly, hats off to Netflix for taking a chance on it (and probably making a pretty penny too, but that’s besides the point).

Launching to a limited release on December the 4th, 2020, it is another one to put some faith into hopefully slowly getting people to take a trip to the cinema again. Not feeling it yet? Unsure about the safety or, heck, even the convenience? Say no more. The film will be available digitally in no time – streaming on Netflix as early as December the 11thand making a splash just in time for the Christmas season.

Admit it – you want to see Meryl Streep singing again!

ELENA GOULDING HAS SOME QUESTIONS?