Marvel’s Cinematic Universe (MCU) started in 2008, with the release of “Iron Man”, spanning 11 years and 22 films. It is almost insane to think that one of only two original Avengers that still didn’t see her own standalone feature films on the big screen is Scarlett Johansson’s fierce Black Widow. That is about to change in 2020, with the release of – surprise, surprise of a title! – “Black Widow” hits the cinemas, and the now-eponymous heroine will finally embark on her own adventure later this year.

Having initially making her movie debut in 2010’s “Iron Man 2”, one of people’s favorite characters – initially destined to be the first female lead under the Marvel label, later overtaken in that race by “Captain Marvel” (2019) – had to wait a full decade to finally get to do it without the boys. In this spin-off, and somewhat a prequel, Widow AKA Natasha Romanoff goes on run right after the events seen in “Captain America: Civil War” (2016) and is forced to come to terms with her own past, linked with the “Red Room” – a facility created to train super-soldiers, much like Romanoff herself or Yelena Belova (Florence Pugh), a sister figure and another Black Widow. The film also features Rachel Weisz as the first Widow, Melina, and Captain America’s Soviet Counterpart, Red Guardian (David Harbour). It is worth noting that the movie marks the first appearance of Marvel’s supervillain, the Taskmaster – rumored to play a big part in the next phase of MCU – albeit it is yet unknown who will be portraying him. 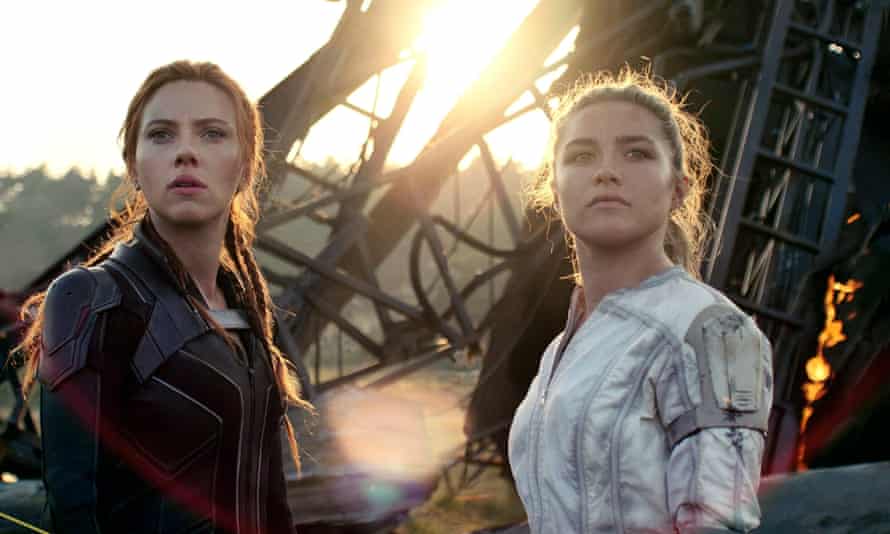 Scarlett is joined on screen by one off the freshest new talents Brit Florence Pugh, Speaking to ELLE UK she shared how close they were on set:

“When you think of Marvel, it’s big and daunting. Especially being a relatively small actor to look at it and go, “Oh! I’m going to be a part of this,” that’s a big decision. [Scarlett and I] both stood there and I instantly had clammy, sweaty hands. Scarlett gave me her hand and we squeezed each other, and she also had clammy hands! And then I was like, “Oh, this never gets old. This is just as powerful [for you] and you’re their legend. I was scared because my Russian accent was going to be out there and I didn’t know what it sounded like. ‘I’m also playing a character who no one’s seen before but they’ve read about her; I didn’t know whether people were going to hate me! When I got the job, I wanted to know what the regime was. I wanted to know whether it was them or me calling the shots. That was a big deal for me. I didn’t want to be part of something where I was constantly checked on. And people making sure I was in the “right” shape. That’s not me at all.”

Black Widow is another big comic book adaptation led by a female actress, and a part of a new era in Hollywood. The highly anticipated film was initially set to hit the theatres on May 1st, 2020, but in the aftermath of the Covid-19, it was moved to now MAY 2021, a whole year later.

A WEEKEND WITH A BAD BITCH THAT TRULY IS CRAZY!

WE HAVE A NEW ACTION HERO IN TOWN & HE IS NOT JUST A PRETTY FACE!