‘THE VS BABES DEBATE, READ MY THOUGHTS’…… 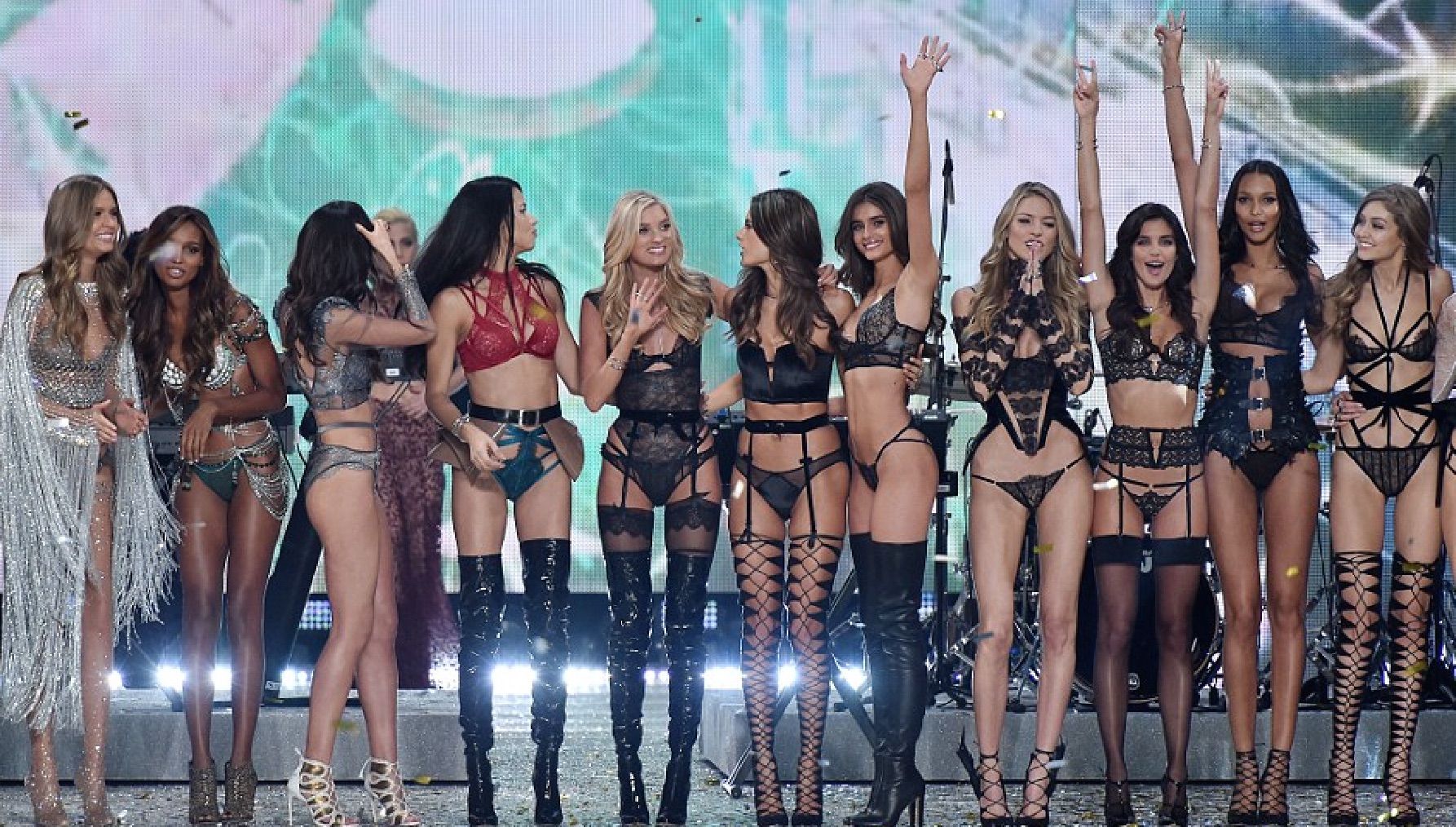 The Victoria Secrets Show was as beautiful as I imagined!! The stunning models including Gigi, Joan and Taylor strutted their sexy selves down that Paris runway looking like goddesses! Lady Gaga joined the awesome Bruno Mars and The Weeknd on stage and performed some killer tracks. I do love the fact that Gaga totally embraced the Angel vibe by having her own wings at one point on stage to everyones surprise. 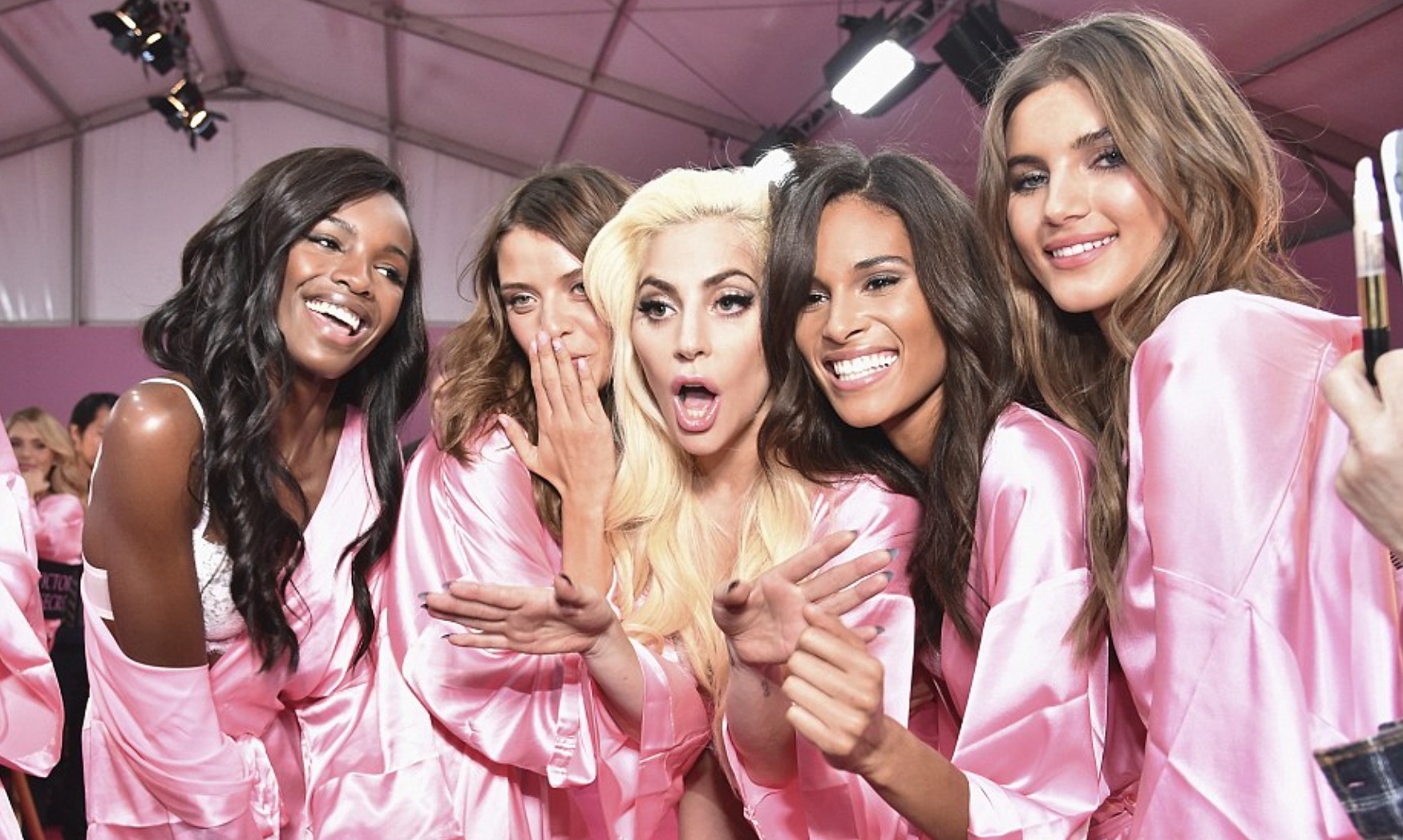 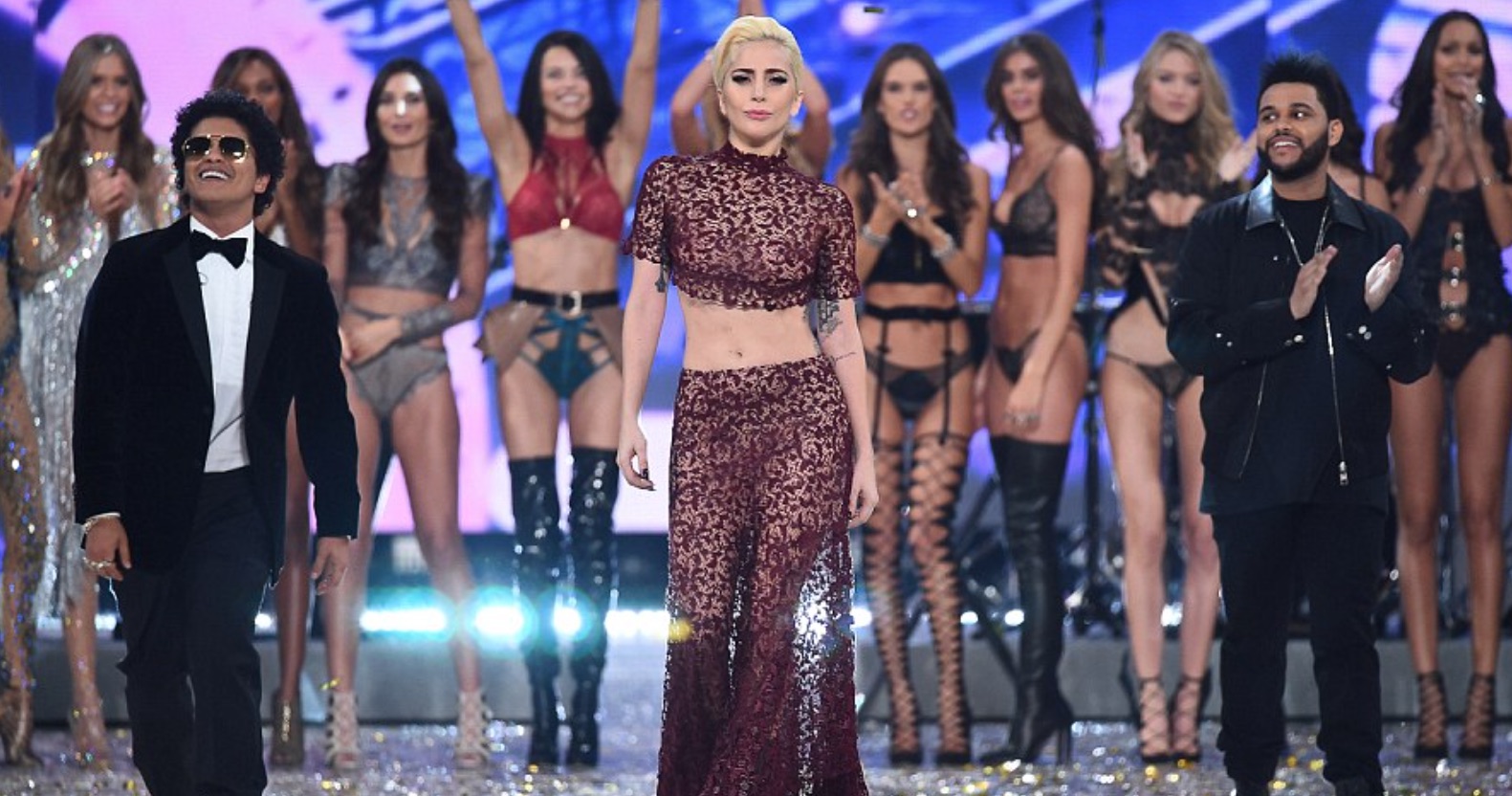 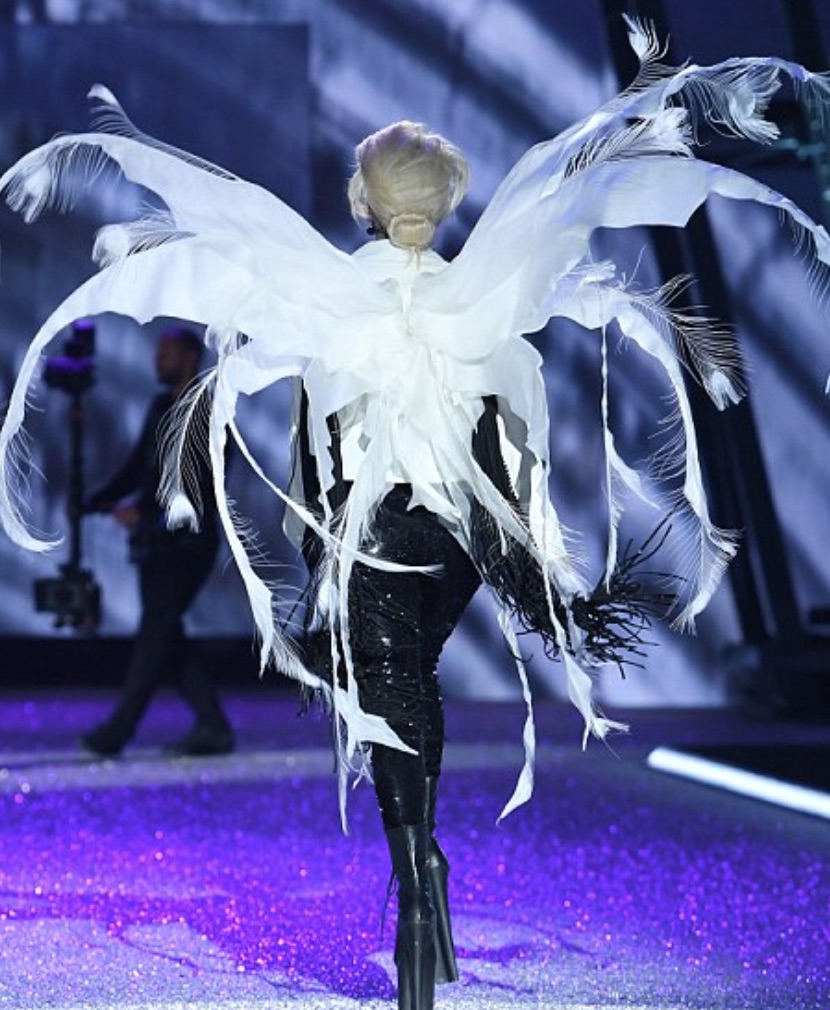 Also the girls and Gaga genuinely seemed to get along singing backstage and taking selfies with each other. I have interviewed Lady Gaga a couple of times and she is a total babe and very welcoming and complimentary to other women.
So as I predicted Bella walked the catwalk while ex boyfriend ( still very good friend though) The Weeknd sang his heart out. It kinda left me thinking… ahhhhh get back together! 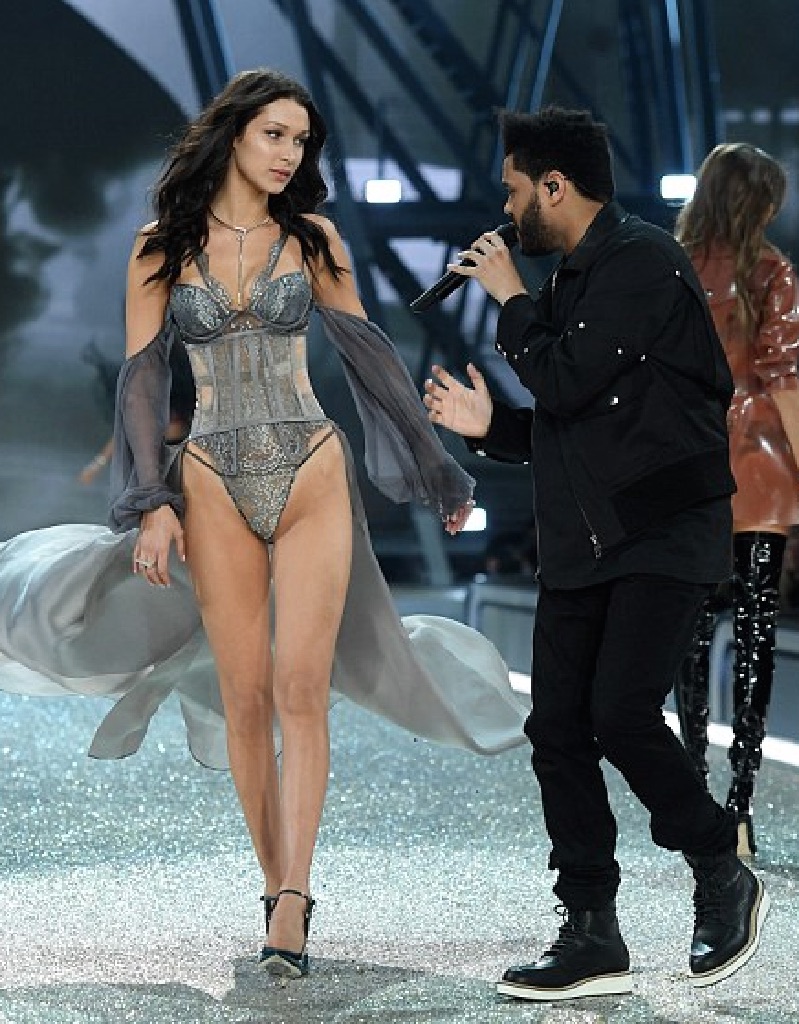 What I noticed this year more then ever was the diversity in colour and features in the models. In past years there has been the odd black, mixed or asian model, but this year it felt very different. I’m sure this is a reflection of where we are right now in the world and people wanting to see more diversity and a more realistic reflection of beauty in the 20th century. It made me smile looking at all these beautiful women of so many different colours and backgrounds. I’m not white, blonde with blue eyes so I defo appreciate seeing girls that I can relate more to and also in away it made me feel like beauty can be admired and appreciated no matter how different it is. 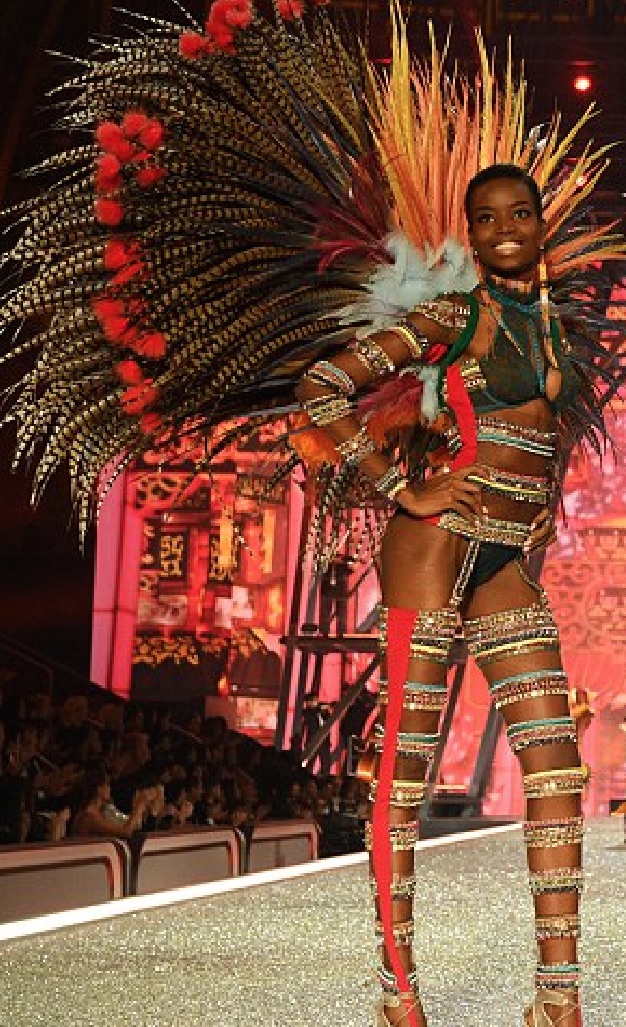 As always the debate on ‘Are they too skinny’ has started on social media. Let’s be honest these girls are full-time models and train like athletes to be at the top of their game. They have to look after their bodies 100 percent. It’s obvious to see in girls like Gigi and Jasmine that they have gone hard over the last few months to get lean and look a certain way for the VS show. 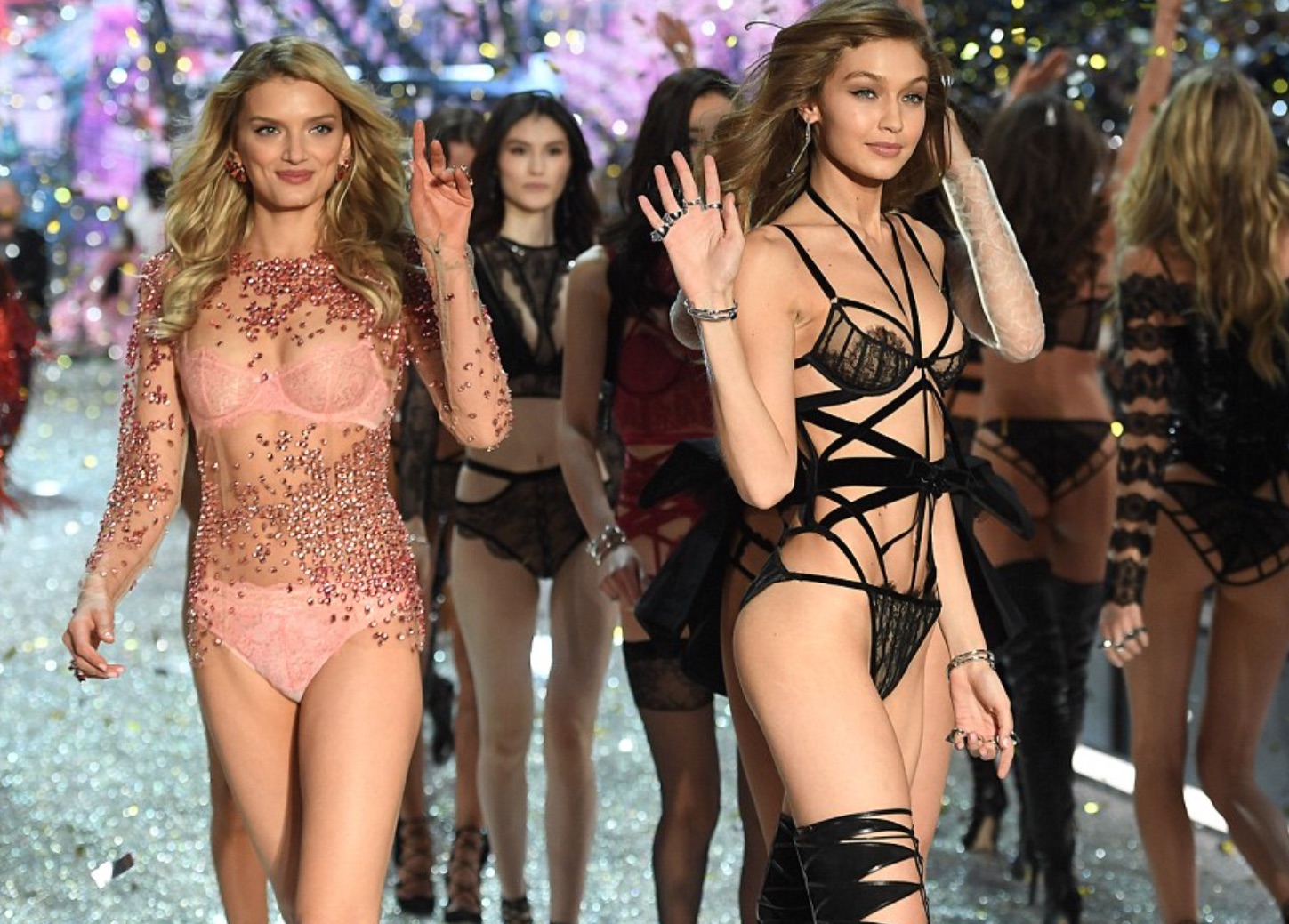 I remember talking to Ellie Goulding after she performed at the VS Show and she said to me ‘These girls work so hard and are so strong, I think you have to admire their work ethic and how hard they work to get their bodies in that type of shape.” 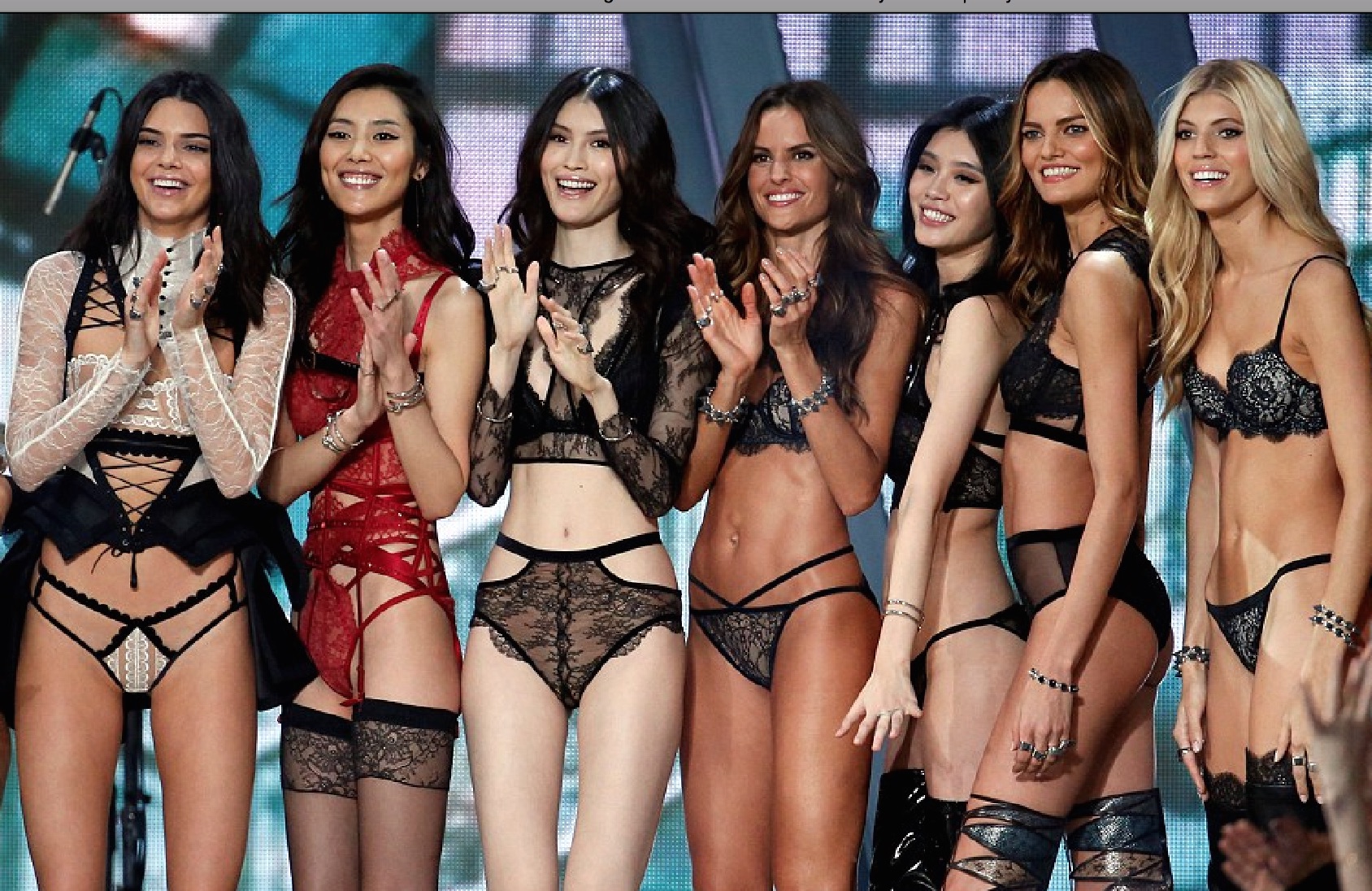 Bodybuilders, Olympic athletes and even musicians when they are preparing for tour all go that extra mile when they are working towards a goal. I think it’s not fair to blame the VS models for the problem we have in our society and our own insecurities about our bodies. These girls are doing a job and are not the same as the rest of us. They are being paid to look a certain way while they walk runways and model lingerie. The real issue is with all of us, the day beauty of all sizes is embraced and seen as beautiful we will then see it reflected in fashion, catwalks and campaigns. There is 1 Ashley Graham to every 100 Kendall Jenner’s right now…. Supply and demand?? 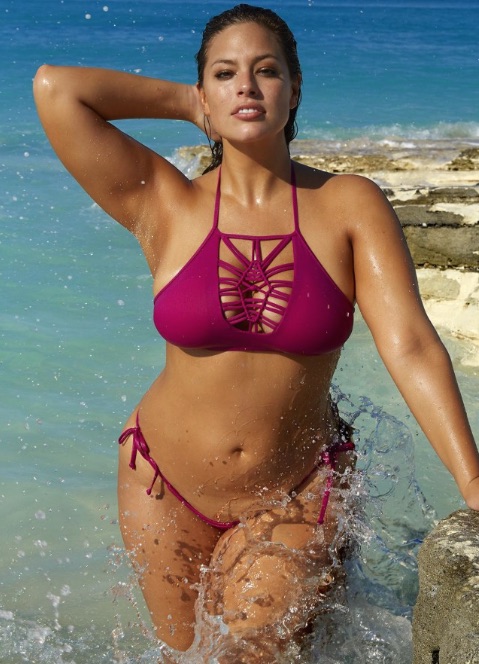 If you want to see curvier girls in the future at VS shows and I defiantly would love to see that, then start changing your ideas on what you allow society or even yourself to consider beautiful.

Lady Gaga posing at the #VSFashionShow tonight during her performance of Million Reasons! pic.twitter.com/IxncuNvXPO

Gaga performing John Wayne at #VSFashionShow! The way she walked the runway better than the angels 😍

I’m on my way to a gig so no time to post everything but I wanted to share some dope bits from VS Show!! Enjoy the girls look amazing!

BELLA HADID AND THE WEEKND CAN YOU HEAR ME SCREAMING #VSFS2016 pic.twitter.com/fIhGM477Pz