If Green Lantern became Deadpool and The Human Torch turned into Captain America – both exponentially more successful in those latter roles they portrayed (yes, Ryan Reynolds and Chris Evans – we are talking about you!) – then why wouldn’t Harley Quinn become a successful female Jack Sparrow?

The awesome Margot Robbie, a two-time Academy Award nominee, teams up with the ‘Birds of Prey’ screenwriter, Christina Hodson, on the reboot of ‘Pirates of the Caribbean’. So, while we keep getting new Batmans and Spider-Mans, always hopeful with each new actor, then why in hell are people always negative about female reboots of other, well-known franchises?

Birds of Prey, the Harley Quinn-standalone film, was a box-office success. For an R-rated movie, it did well at the cinemas – in spite of Warner Bros. screwing up the marketing and renaming the film shortly after it premiered. It cost 84 million dollars to make just as much in America alone – adding the overseas gross and without counting the home video/streaming market, and it made more than double at 201 million dollars. To make a profit, the film has to make 125% of its budget and Birds of Prey succeeded. The film was colorful, action-packed, fun to watch and funny – and although it’s not quite a ‘Deadpool’-sort of success, it is a win for Robbie and her team. In light of that, it makes sense to be excited for her newest venture, with a screenwriter she likes working with and whom she trusts – so far in her career, only ‘Focus’ with Will Smith misfired, with all the other films of her either enjoying critical acclaim or mid-to-high level mainstream success. 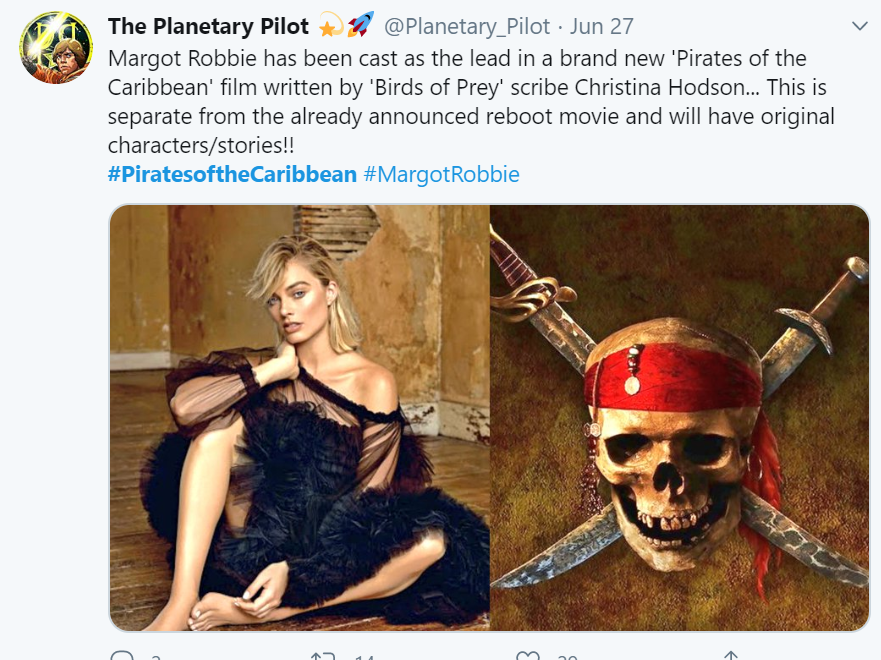 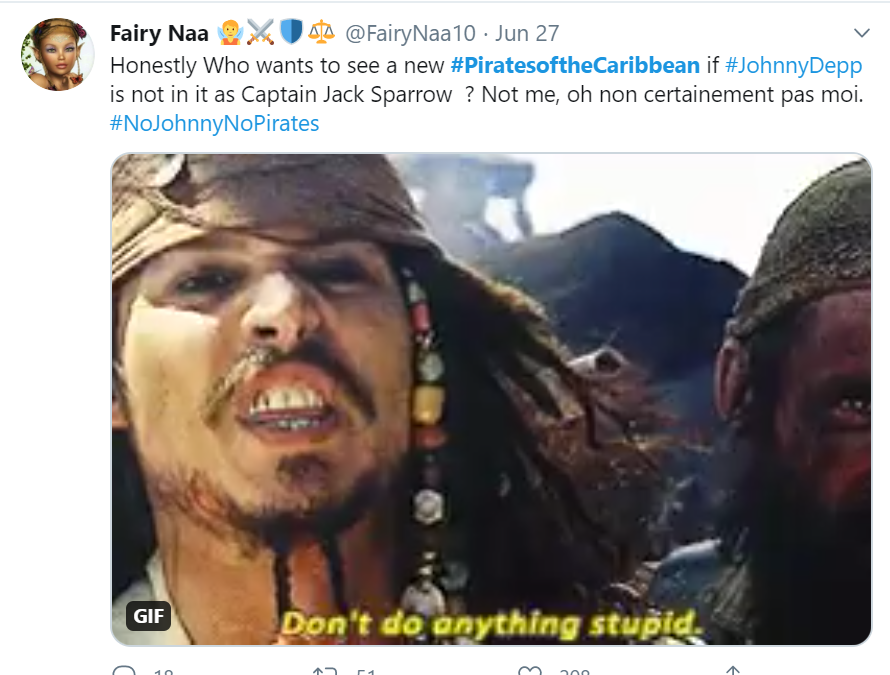 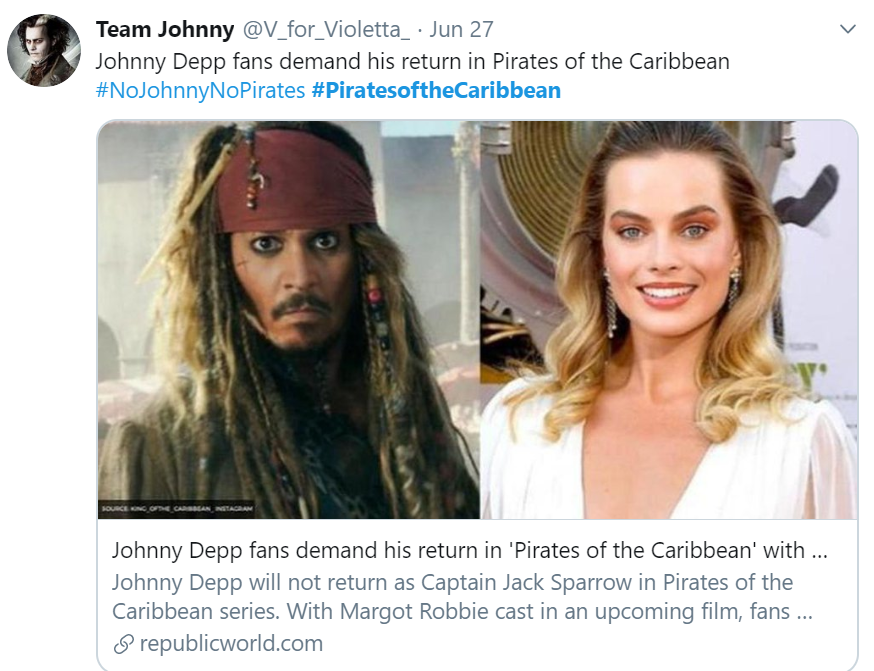 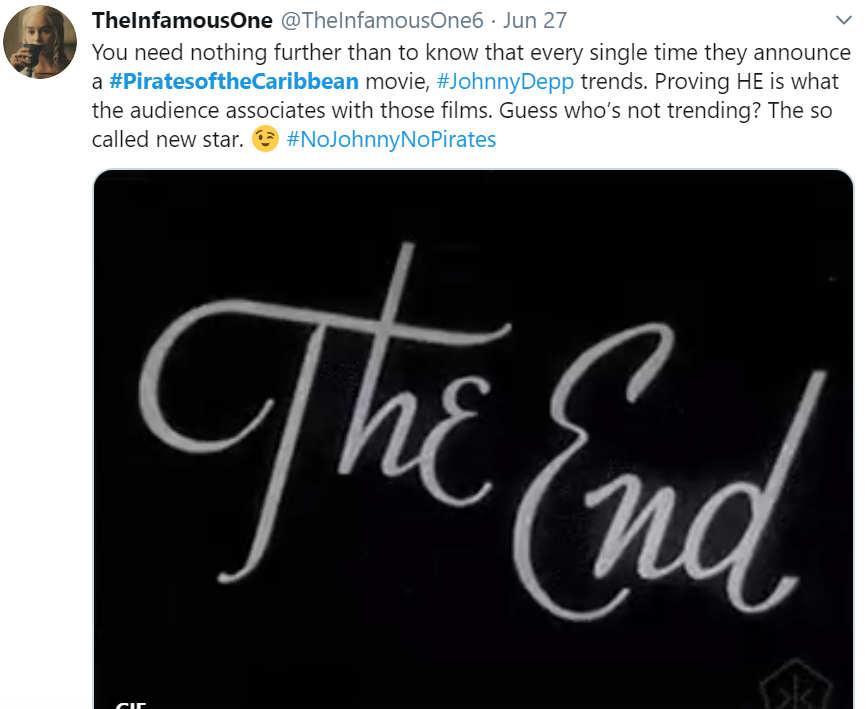 The problem here is not Robbie, it’s not Pirates of the Caribbean franchise, it’s not the screenwriter and certainly isn’t the ‘Birds of Prey’. Hell, it’s not even the lack of Johnny Depp – the star of the first five movies – that people have a real issue with. It is simply, and sadly, the fact that it is an all-female reboot. And the industry needs to get better at this – while the audience has to stop with this sexist crap.

Judging every all-female reboot by the failure of the latest ‘Ghostbusters’ (albeit, not the newest – there’s a Paul Rudd-Millie Bobby Brown one coming soon) is unfair. A closer comparison should be a positive story, not immediately the negative one: Ocean’s 8. Sandra Bullock-Cate Blanchett vehicle – an Ocean’s 11 spin-off – not only turned into a commercial hit, but it also received warm reviews from critics and audiences alike. And while it may have lacked some of the Ocean’s Trilogy magic that we were used to, and maybe was almost too-serious in comparison to its forefather, it sure as hell was an entertaining watch. Most of all, as a reboot with a cast composed only of women, it avoided making the same mistakes that the ‘Ghostbusters’ made. If anything, we should now see it as the light at the end of the tunnel for the new ‘Pirates’ movie, which is likely to take a hint and improve upon whatever Ocean’s didn’t do. All it needs is a little more belief – something that, clearly, Disney’s got.

It is interesting to look at these examples and compare them, thinking where these things can go wrong. Is abandoning the original completely – talking ‘POTC’ now – no matter how bad the fifth chapter was, kind of a way out of the wound that left the franchise bleeding? Ghostbusters distanced itself a lot from original, humor and character-wise, whereas Ocean’s 8 played up on the 11, 12 and 13 only enough for people to make the connections of their own, instead trying to adopt some of the dynamics within the crew and reinstate them under a brand new name. Does that mean that in order for Robbie’s Pirates of the Caribbean to turn the tides – pun absolutely-freaking-intended! – is to bring some of the well-liked characters back, particularly the supporting ones? Would making this a bridge movie, or a hybrid, satisfy the bloodthirsty haters looking for an excuse to trash the movie before the principal photography even starts? Maybe. But there are a lot of maybes, ifs and buts – whatever! One thing is clear – the film with a successful actress known for her ability to pick out the scripts and a talented, female screenwriter deserves a chance.

Pirates of the Caribbean have been a sinking ship since Gore Verbinsky left after ‘At World’s End’ and the only way to get the Black Pearl out of the Davy Jones’ Locker is a breath of fresh air.

‘WHEN YOU HAVE NOTHING, IT REALLY PUT’S THINGS INTO PERSPECTIVE’ MEET EBENEZER..