Lana Del Rey not only announced details of her eagerly awaited new album (out in September) today but quite possibly the much bigger news was the statement she attached which candidly had her sharing feelings on being allowed to express herself the way she chooses without any form of criticism.  Have a read below so we don’t misquote anything she said. 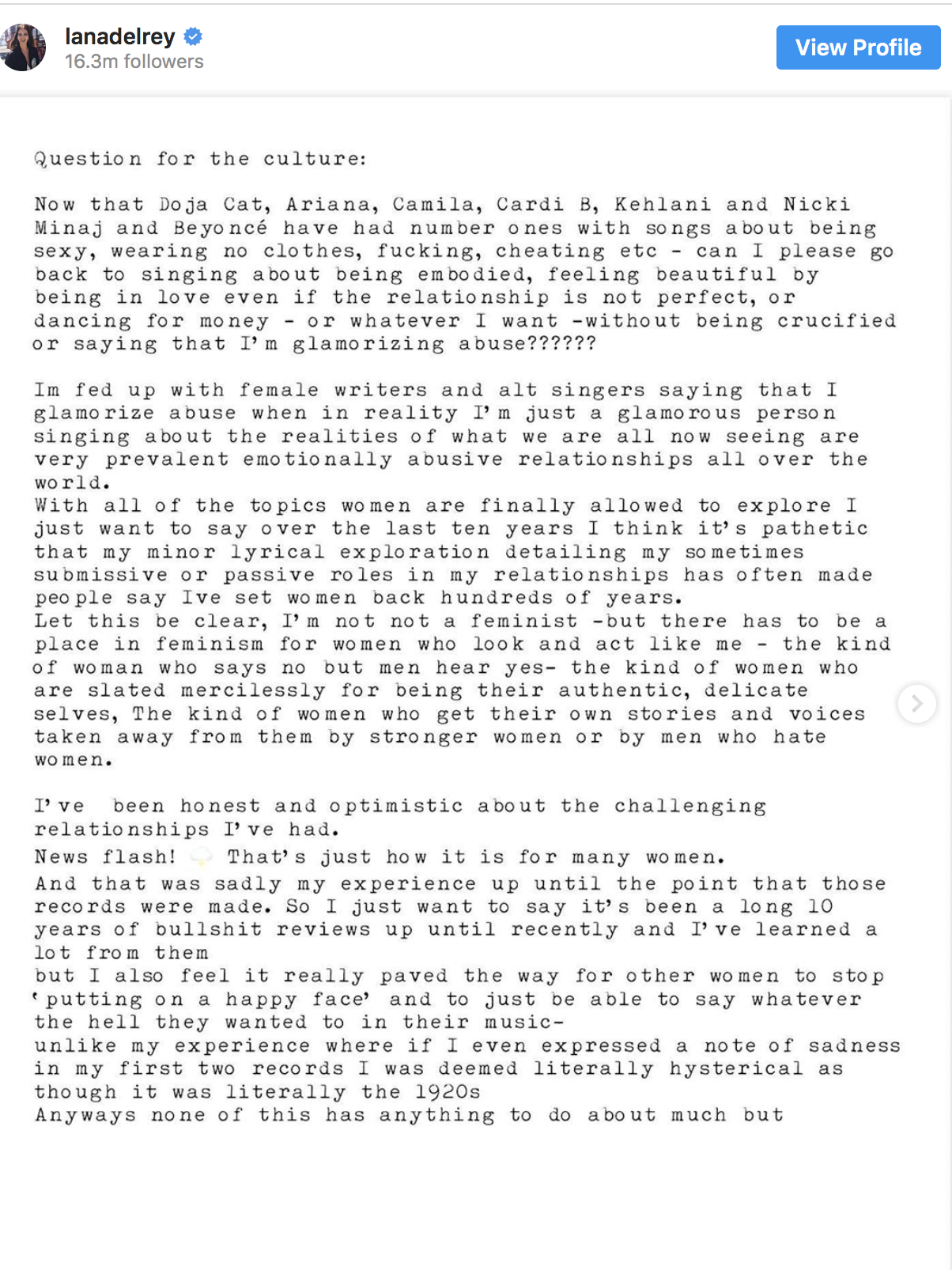 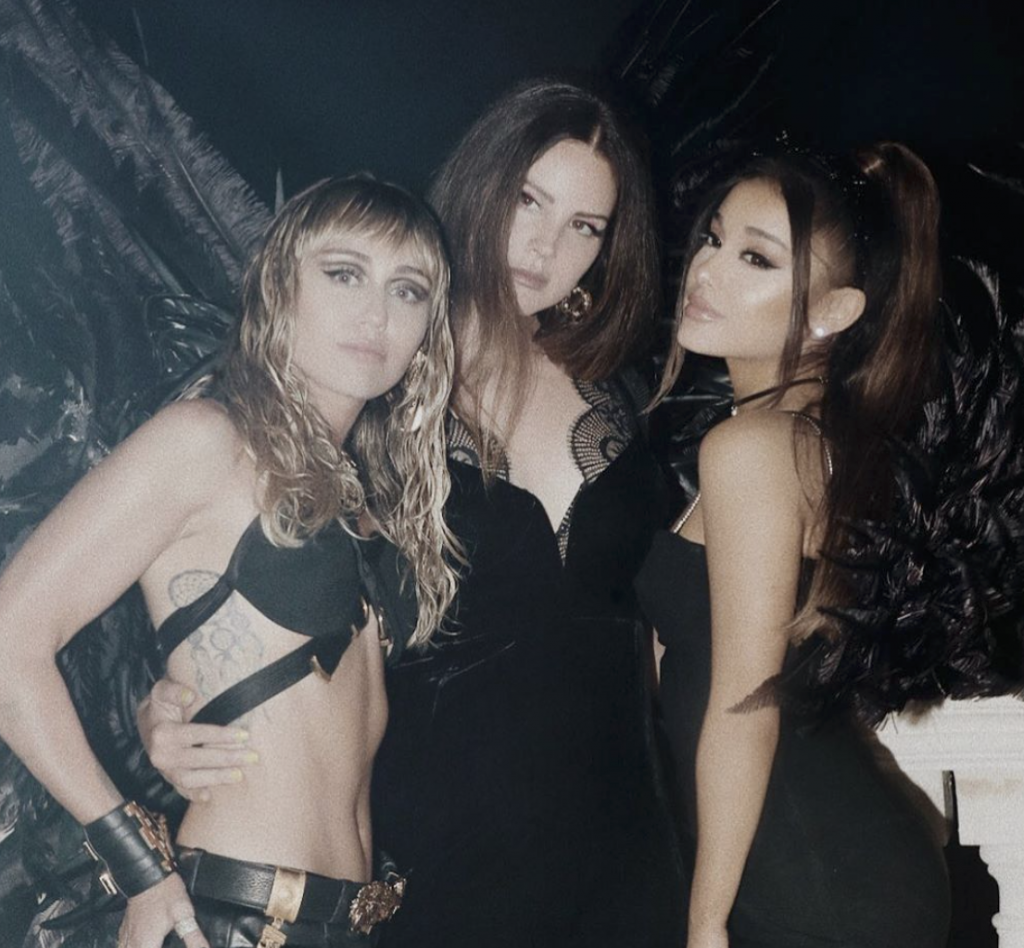 We found this much like most of Twitter slightly confusing and potentially offensive to the women she named.

She makes a valuable point in such a bad way. To name Beyonce, Nicki Minaj, Kehlani and the likes of Ariana Grande as female artists who get number 1’s while singing about “sex, taking your clothes off, fucking, cheating” her words and suggest she is the only one controlled and criticised by the culture for expressing the same freedom in her music is incredibly short sighted, wrong and entitled. Here is a woman that has managed to carve a niche in music over several years admired for her artistry as a songwriter however personal and hard hitting the subject matter. Yes she has had backlash and critics but who hasn’t? Beyonce from day one since Destiny’s Child early days has been scrutinized for her sexiness and confidence to own who she is. Doja Cat a new name to the mainstream who Lana decided to throw in her list as females who get to do what they want without judgement, is an artist who has been trying so hard for many years to get heard, sharing her music on free platforms like Soundcloud and YouTube hoping to be discovered and appreciated. All the women she speaks of have felt exactly what she is saying she feels, Lana you really could have made your point a lot better without mentioning a bunch of females who have struggled just as much if not more. The list is mainly all black women who history prove have been ignored and very often not allowed to celebrate who they are and what they share in the world.

Lana has since tried to explain her intentions and how much she loves the women she mentioned….hummm? 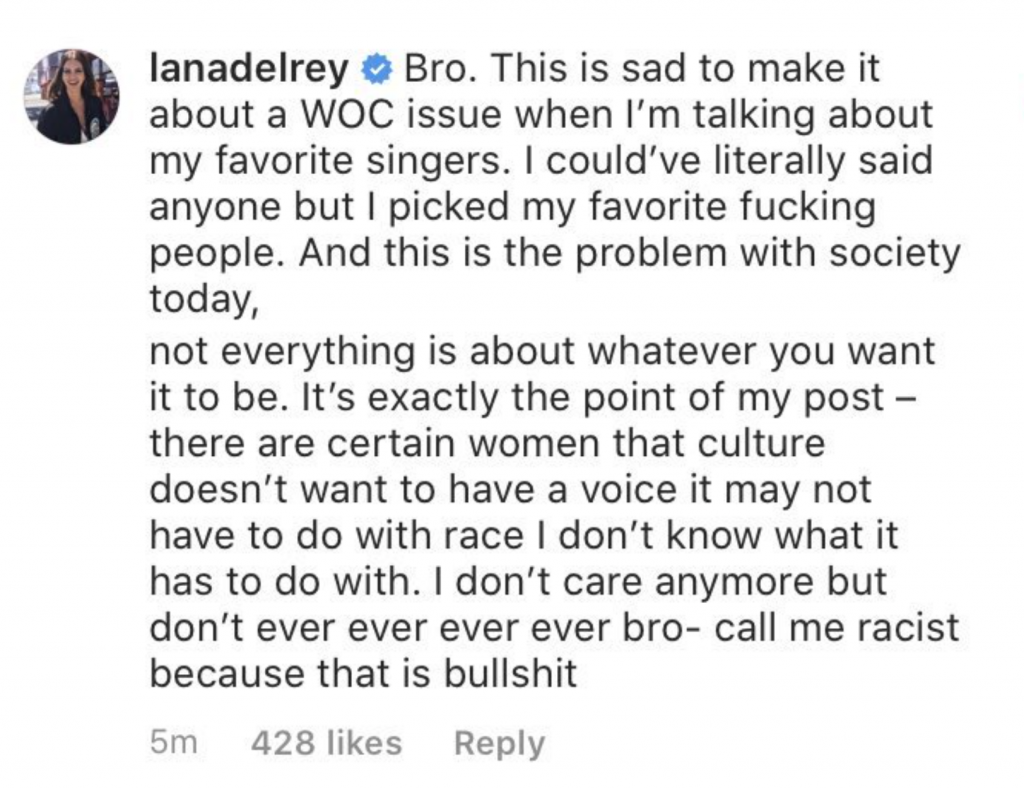 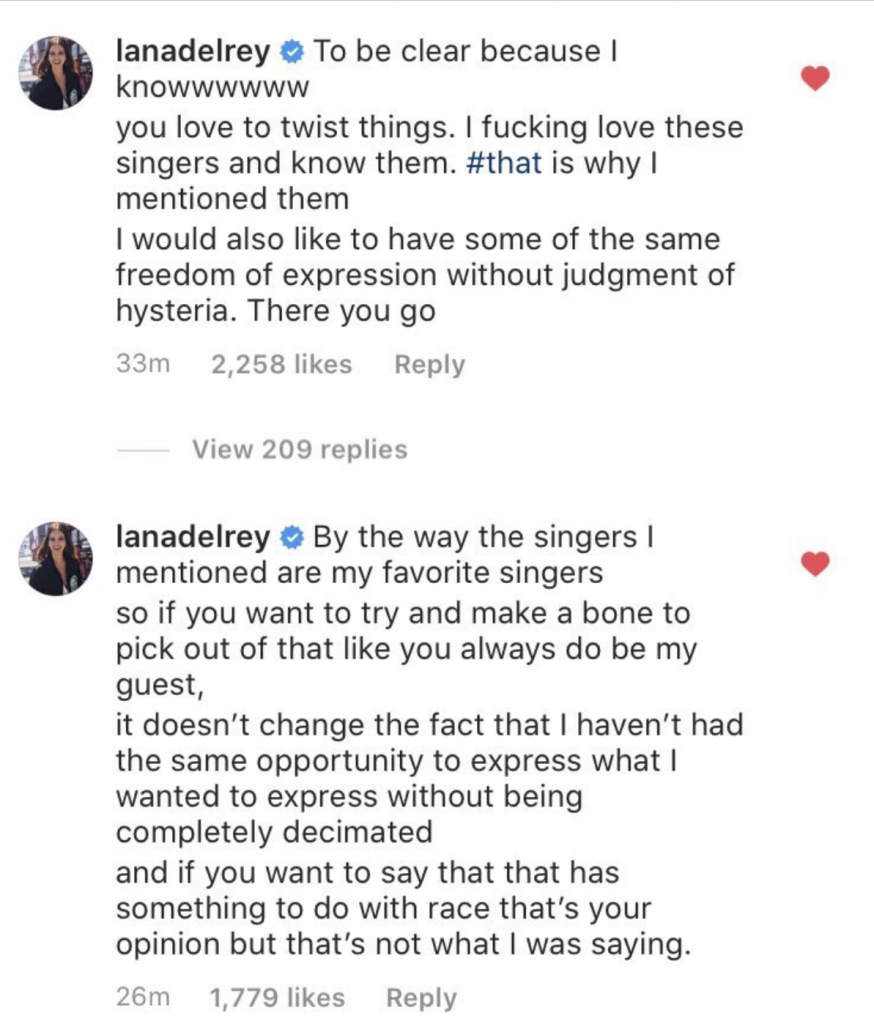 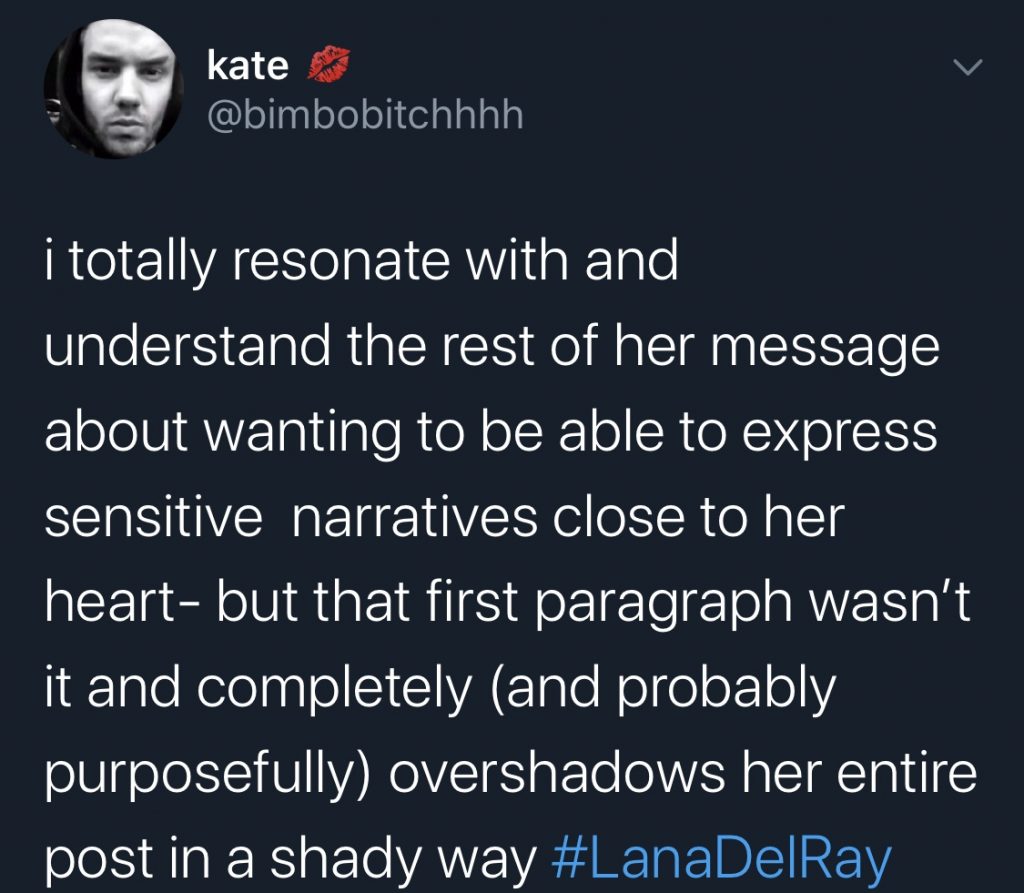 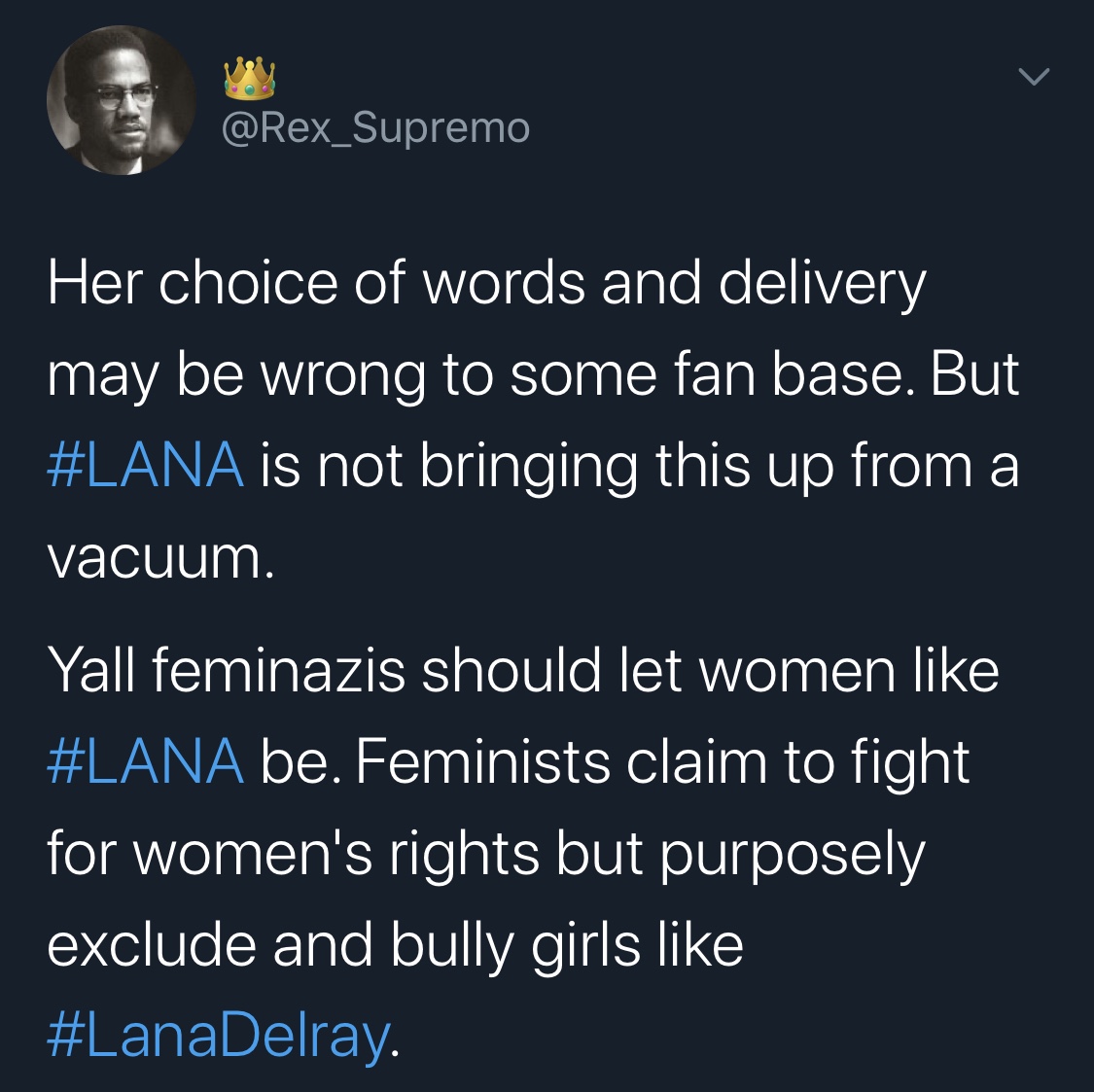 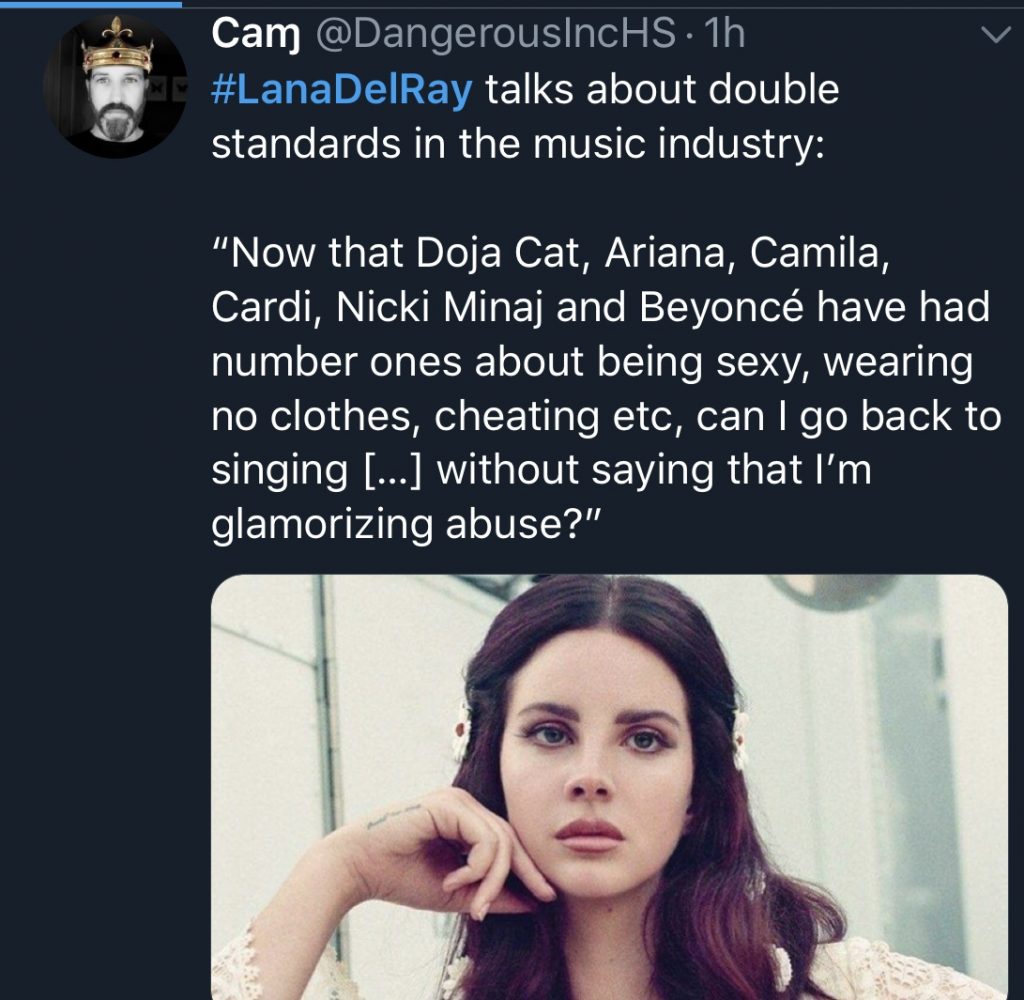 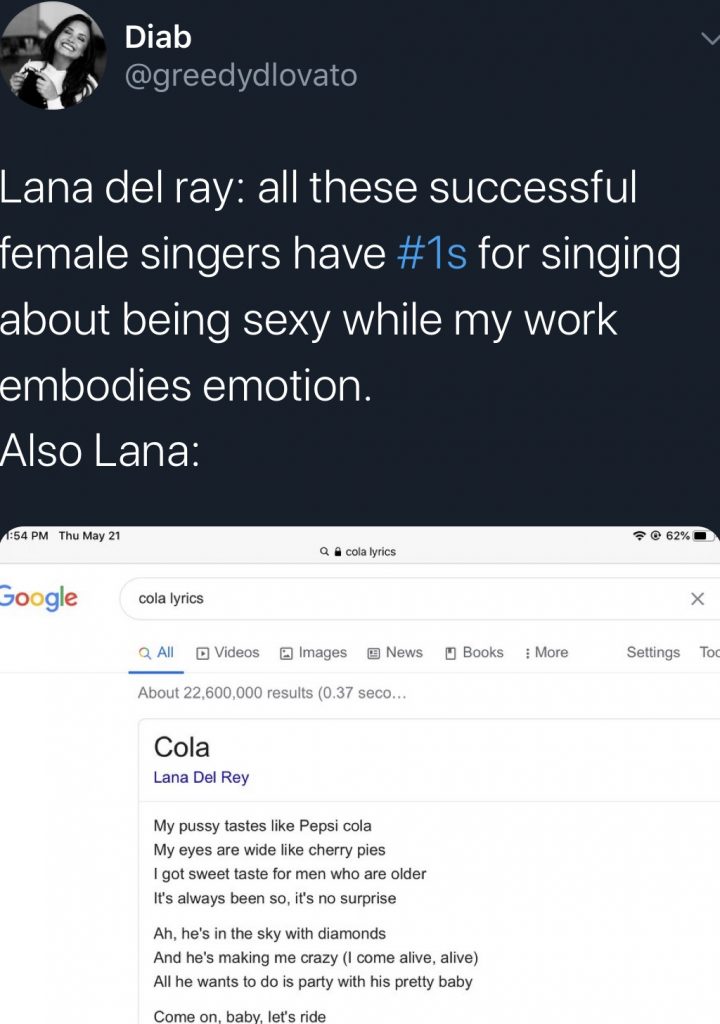 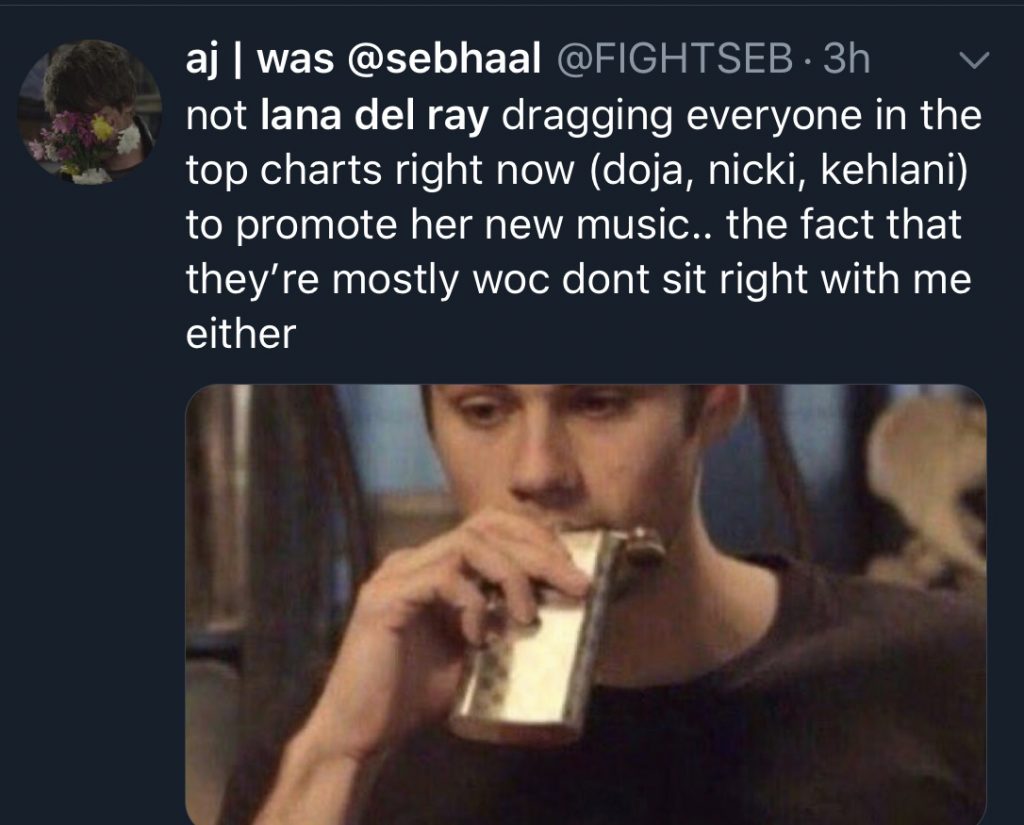 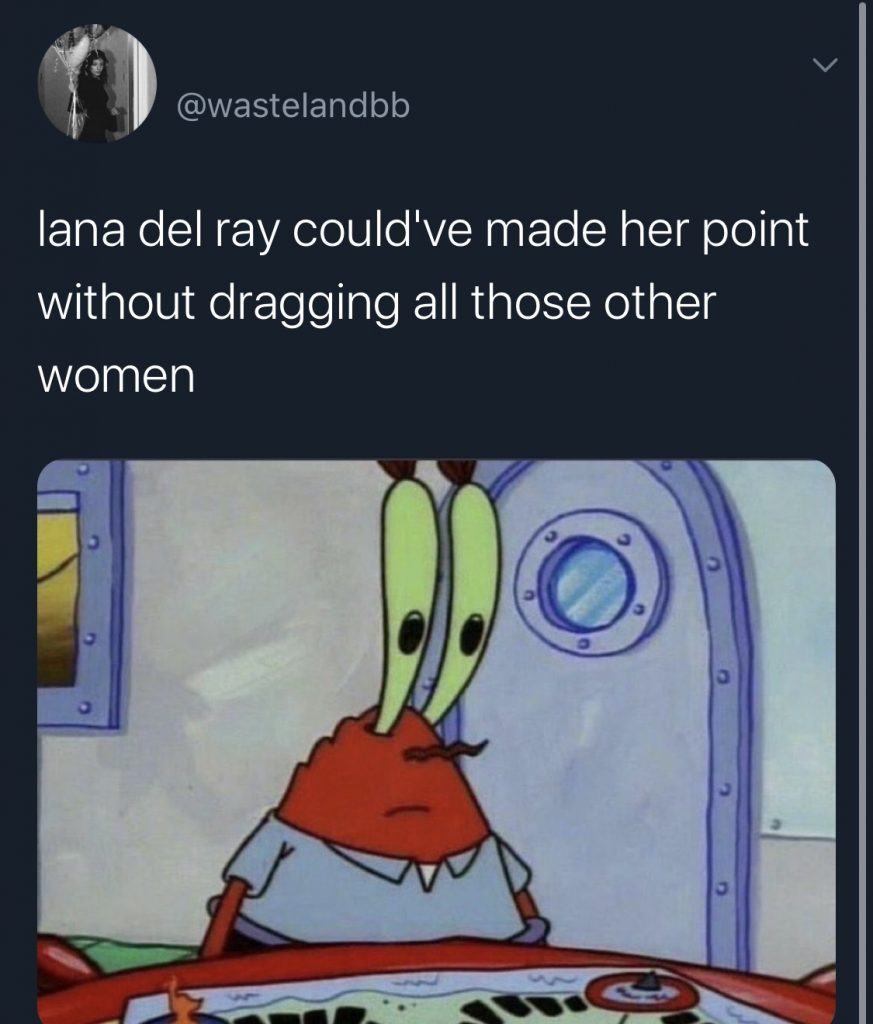