She has toured with dope artists like Ari Lennox and Snoh Aalegra, wowing audiences. Growing up in DC and Fayetteville, North Carolina, Baby Rose eventually relocated to Atlanta where she quickly made a name for herself as one of the city’s hottest independent artists. After honing her craft as a songwriter and performer since age 12, Rose finally emerged from the concrete in 2018, when she began recording a collection of songs during a tough breakup and after her mum had been diagnosed with cancer.

I was in such a dark place when my mum got sick, I felt so much pressure on me and at the same time my mum has been there for me all the time as a kid. She took me to my first studio sessions. I literally hadn’t made a song in a year and she may have passed away and I thought there’s nothing to show for it. It’s great now when I perform songs like ‘August 5’ and ‘In Your Arms’ talking about that place I was in. Now I’m stage with a whole load of people who are singing those lyrics and I’m really glad that I followed through. My mum has been cancer free now for 4 years and is doing really well. She’s been there at some of the domestic dates in DC with family and its surreal and I’m so grateful that she has been able too see things manifest like this. 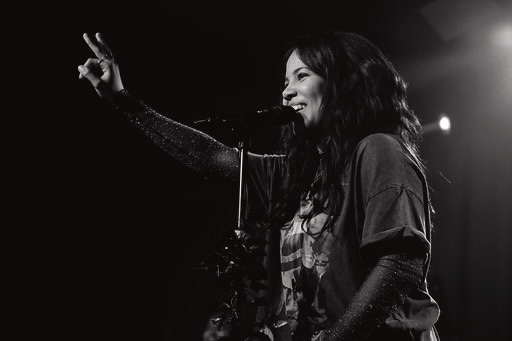 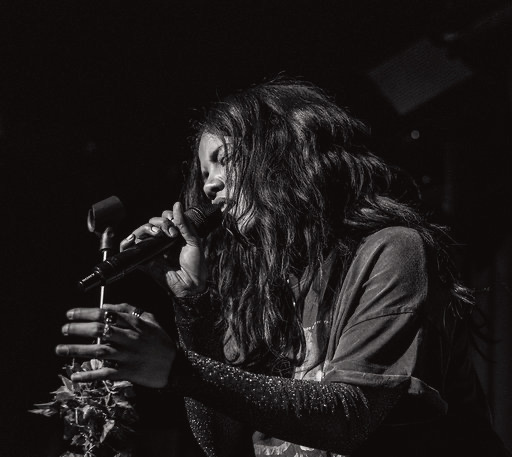 She recently appeared on J. Cole’s “ROTD III” one of the special ones who took part in a writing camp in Atlanta, described by some as a ‘golden ticket’ opportunity like Willy Wonka gave the kids in his chocolate factory in the classic film. With a host of stunning collaborations with artists including The Internet, Robert Glasper, and Ari Lennox, Baby Rose also unleashed her stunning debut album, ‘To Myself’. We chatted to her during her tour, selling out venues including London’s Colours Hoxton.

Last night was beautiful, it was incredible, so electric. Just to see everyone come out, I know it’s a weird time at the moment, so it felt so good to be able to perform. London sold out so early on when we announced the tour, to be back here and see my day ones it was so cool.

I just feel extra compelled to give my all, people are coming out to see me perform. If there are 50 people there or completely sold out, people are taking time to come out and hear my songs, to heal from something or just vibe and have fun. Whatever they came to get from it, I want them to leave fulfilled, I feel so grateful and it’s my job to do that for them.

Check out here current E.P ‘Golden Hour’ and the album ‘To Myself’.