You go on a slightly awkward Tinder date, on your way home you get stopped by the police and that’s when the shit quite literally hits the fan!

Lena Waithe is one of those disrupters we need in the creative industry. Here is an actress who co-wrote and starred in her very own Emmy Award-winning Netflix series ‘Master Of None’. She has this incredible charm about her and uses humour to share her opinion on things and to highlight the change the movie making world needs. ‘Queen & Slim‘ has her teaming up with one of the coolest women behind the camera Melina Matsoukas, ( Beyonce, Nike, Gaga, Rihanna, Stella McCartney).

Here’s the story, a couple on a awkward first date get pulled over by the police, we should mention they are both black ( in America where as we all know this is a huge problem )

During this incident things get very heated and ‘Slim’ played by the brilliant Daniel Kaluuya kills the police officer in self-defence. They go on the run together frightened out of their minds…. but it’s all been caught on camera and the footage goes viral.

The detail understanding and time they have spent setting out each scene in such a raw vulnerable way while educating us with a ton of self reflection is great to experience.

Queen & Slim is hard hitting, unapologetic, shocking, incredibly sad but equally beautiful, enlightening, funny and full of so much love and hope…

You get drawn into these two people, Queen this tough lawyer with a chip on her shoulder due to her past traumas and Slim this regular guy who loves his family and has always done the right thing.  The story shows them trying to outrun the police in every possible way to get to Cuba. They experience so much during those few days on the run with fear at the heart of most of it. They dare to do things they have never done before…. pushing each other like kids to do it, just in case they don’t make it. You see them falling in love while so scared of having no future. 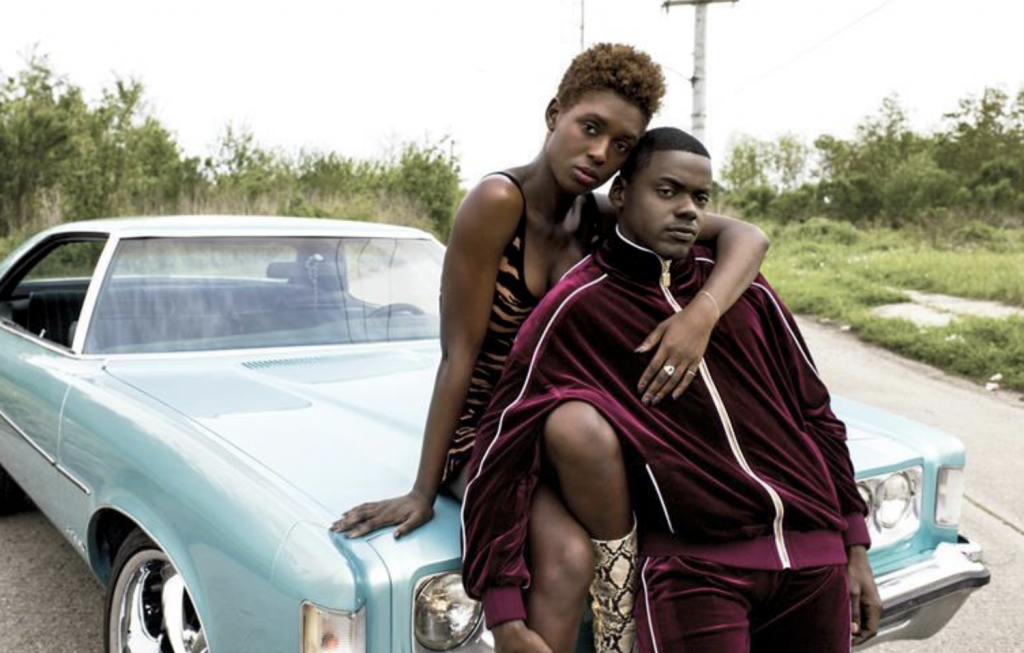 The film has had mixed views in the U.S due to the nature of the subject matter and how unapologetic director Melina and writer Lena were in showing that on screen. Leading man Daniel Kaluuya isn’t afraid of the critics,

“I saw Lena at a screening for ‘Get Out’ this was pre everything… pre Emmys… I was like ’Yo I think you’re amazing’. She mentioned this Bonnie & Clyde story, I thought it was amazing. A few months alter we had dinner, I read the script and I was like I want to do this. She said you got to meet Melina (Director) I was just like wanting to do the best for the story, wanting to support them rather than imposing on them. 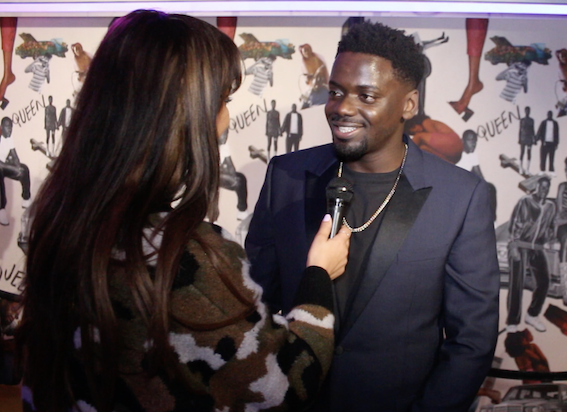 “It hasn’t surprised me the way people have reacted to the film, because everyone’s crazy”.. he says while laughing.

“The polarising thing I understand all of it, but I also understand the decisions that were made. For me it’s about connecting, the people that didn’t love it felt passionate about it enough to take it in their hearts and feel something strongly whether that was good or bad. I’m not defensive about it because think about it you connected to it on some level for it to provoke a strong reaction, that’s what it’s about.” 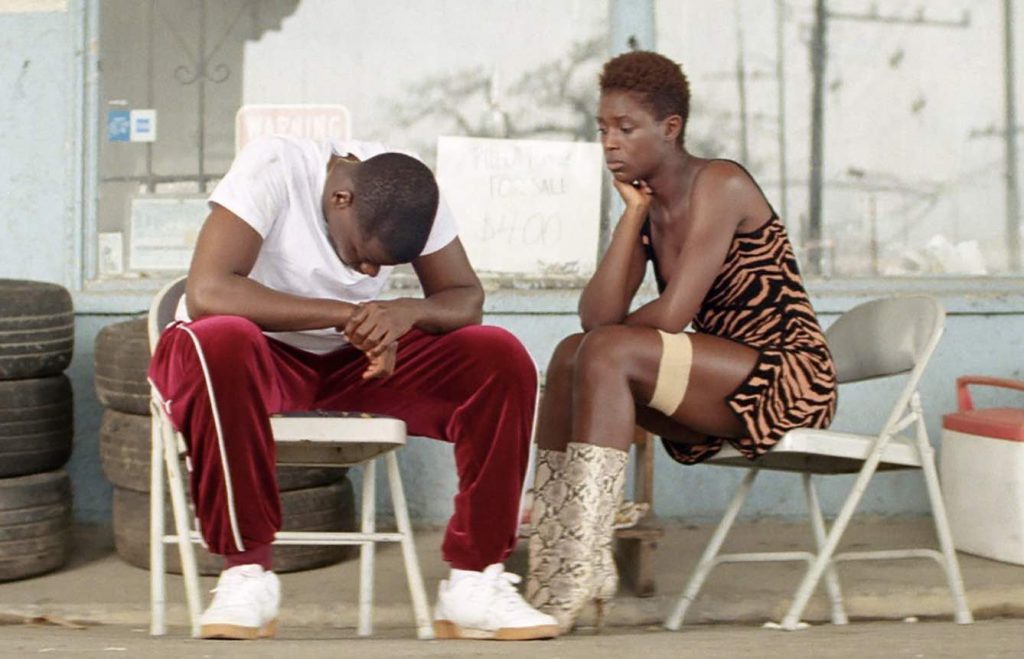 Packed with human emotions, tension and showcasing how racism personally affects lives ‘Queen & Slim’ is gripping and so very in your face but in the best way possible. Melina Matsoukas directing  it and helping mould Lena’s words into something visually that would connect is an essential reason why this film works.

I have come from doing music videos, which forever has been discredited so I’m sensitive to style taking over the story. I worked so hard with Lena on the performances, the cast and crew being right, production, design emotions and bringing it all together. Using history and real stories to make something true that would represent the black experience.” 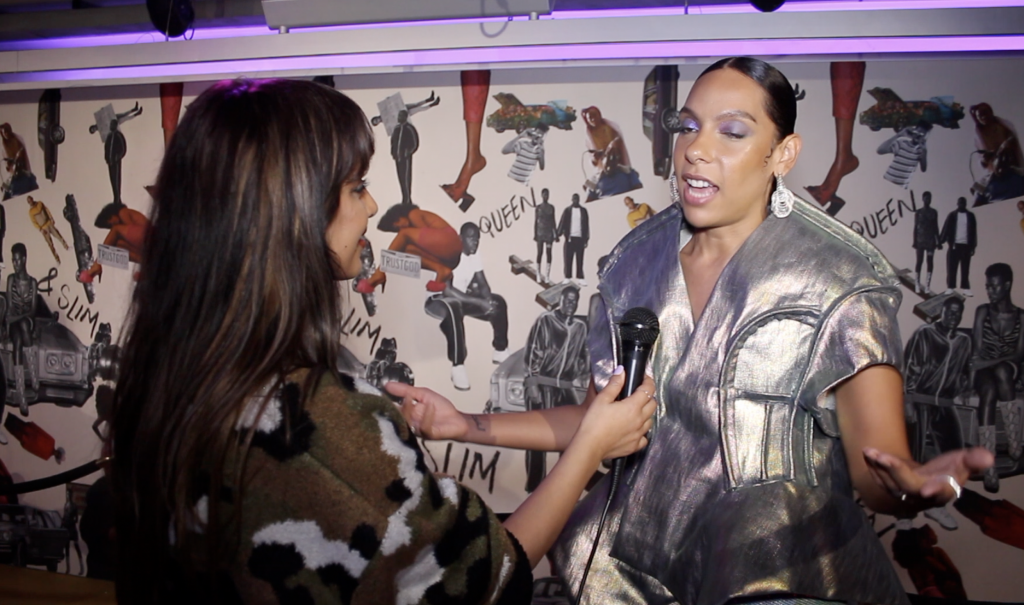 “The amount of support the film has had within the community has been beautiful for us. Having my partner Lena on set is unparalleled this truly was a  love story between us all on set as much as on screen.

“I think we are victims of racism, power and I do think it’s important to get our voices heard and bring diversity to this world. We don’t need validation but we should be heard and seen in these spaces as women and black people.”

Joining Daniel Kaluuya is new rising star Jodie Turner-Smith as ‘Queen’. She is mesmerising to watch on screen, so much passion and conviction in her characters journey of pain and love.

“Melina and Lena I heard them say they really wanted to break an actress which was really wonderful. I like they wanted to tell a story but also really give someone the opportunity, so it was incredible to be in  that space with them. Getting too work with Daniel also …he was so incredible and giving.” 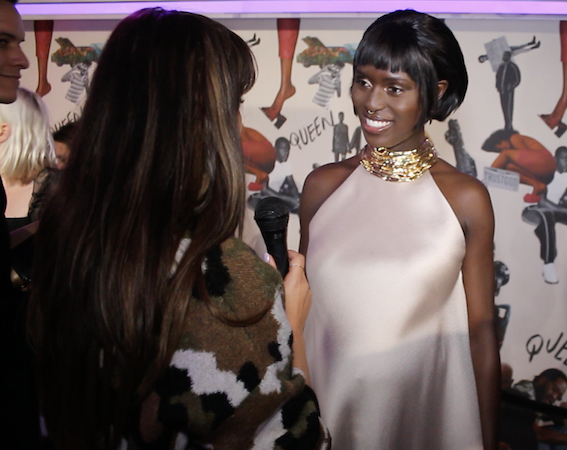 “The issues that are in the industry are the issues that there are in the world. Which are important to all of us and should be at the forefront of our minds. We are just trying to make art we are proud of and push the struggle forward so more stories can be told and shared on the big screen. There have been so many incredible female filmmakers this year, makes me so proud to work with these ladies”.

We are living is such a divided time with so much injustice and lack of understanding for the black and brown experience. This film reminds us of so much that we may not truly understand. As black women in film and the entertainment industry they have shared their own first hand struggles in their own careers in recent interviews. This movie is a part of showing the system and the world ‘ fuck it we can do it ourselves’. They raised the money, got the cast and made the film that they wanted to. It doesn’t have to be perfect to be appreciated it just has to be touching, make you feel some sort of way. ‘Queen & Slim’ does just that on so many levels. 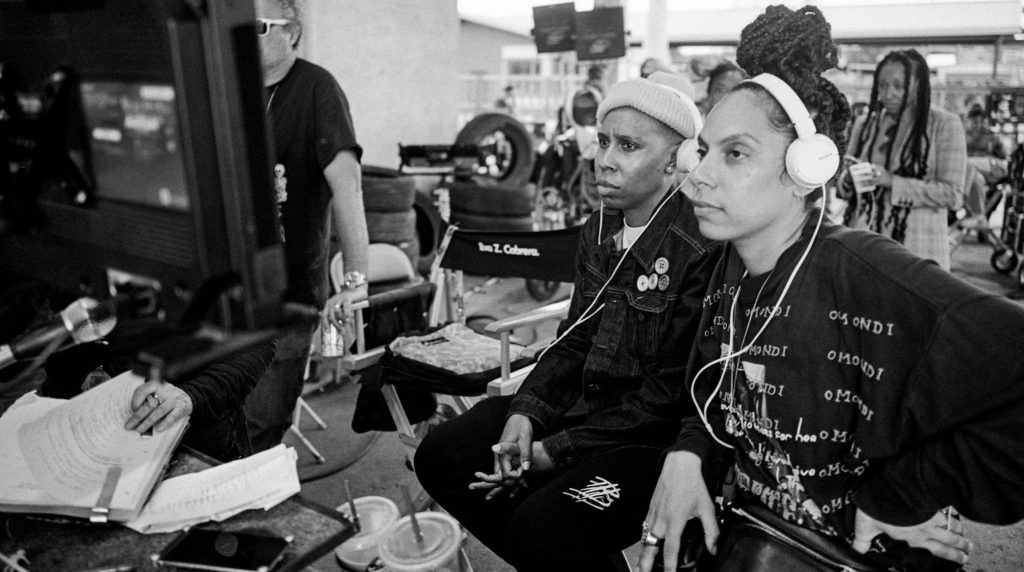 We recommend you check it out with a group of mates, black white and brown, this story is meant for all of us.

The soundtrack that accompanies the film is such a big part of the mood and storytelling. We can not recommend it enough, featuring such an eclectic bunch of musicians from Luther Vandross, Lauryn Hill to Lil Baby.

Queen & Slim is out now all across the U.K!