TIMMY LOVES A HUG AND HIS FANS…

We love that he constantly challenges himself and takes on huge roles that most would shy away from at such an early stage of his career. In most interviews, you see he is a little overwhelmed and incredibly grateful to be in the position he is in. Being every teenage girl’s crush and a fashion icon are probably 2 roles he wasn’t expecting to also take on, but even that side he has fun with, without acting pretentious or carrying a huge ego. Timothée plays King Henry V the reluctant heir to the English throne. He has turned his back on royal life and is living among the people. But when his father dies, he is crowned King Henry V and has no choice but to embrace the life he had tried to escape. He is left with palace politics, chaos and a terrible war his father has started. Costarring and produced/written by Joel Edgerton, and Director David Michôd. THE KING co-stars Sean Harris, Ben Mendelsohn, Robert Pattinson, and Lily-Rose Depp ( yes they are dating by the way)

At the London premiere he was shining in his Louis Vuitton hoodie and hugging fans! Timmy as his friends/fans call him has a cool genuine vibe. He comes across incredible grateful and also very aware of respecting everyone around him. 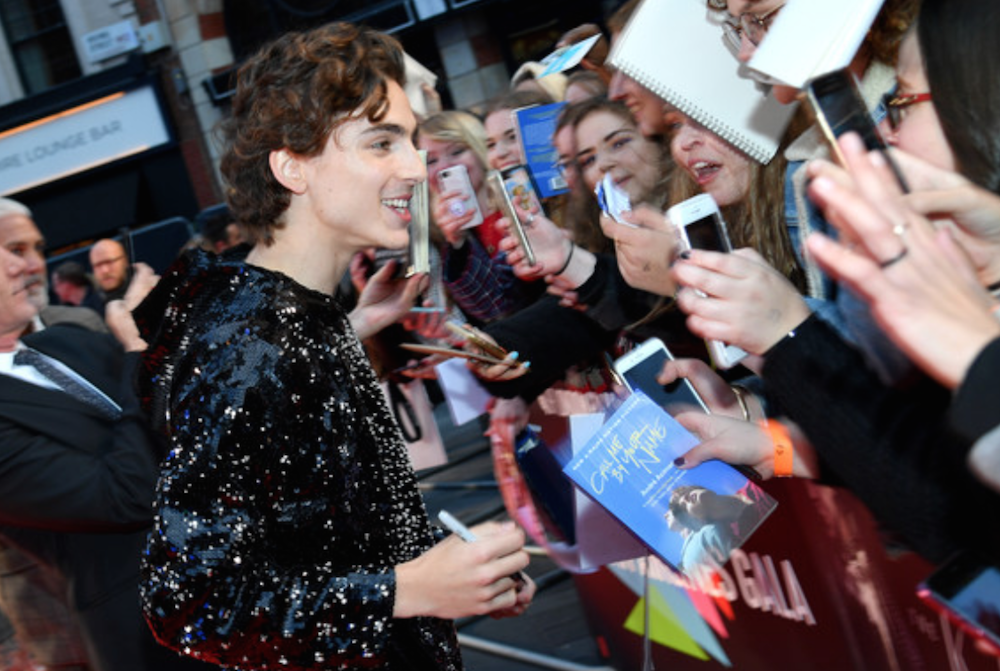