Professor Green is smiling and looking super relaxed as we approach him ahead of his E.P launch party.

We are meeting in a posh little spot called ‘The Court’ hidden away on Kingly Street in London. His manager Ged sitting in a booth on his laptop, looking lost in emails and probably sorting out last-minute details for tonight. It’s a special day the music Green aka Stephen Manderson has been working on is finally getting released at midnight. It’s been 2 years since we had music from the man that has had a successful career for over a decade. With countless hits under his belt Professor Green is back with a new project. 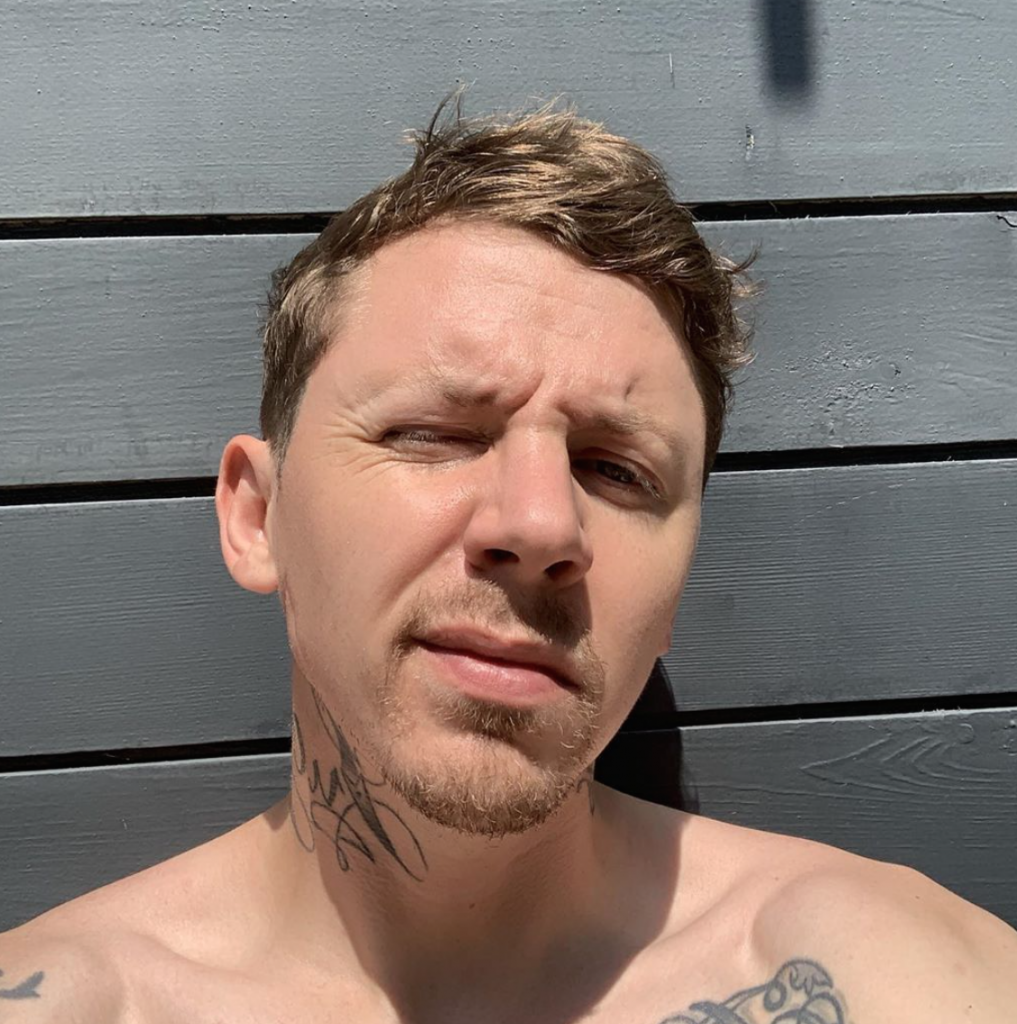 The six-track ‘M.O.T.H.’  ( Matters Of The Heart) E.P has him working with Sigma, Eddie Jenkins, and Goldfingers. Plus newcomer Alice Chater, NAHLI, Charlotte O’Connor and Lewis Bootle.

He is a household name these days but not just for his music. The press has hounded him since he started dating and eventually married Millie Mackintosh who he is no longer with, but that hasn’t stopped the press obsession with his love-life. Married, divorced, stabbed and almost dying in an accident more than once, Stephen has got his Nan and Great Nan to thank for his strength of character. Raised by these strong women truly seems to of been at the backbone of keeping him going. Most would have melted under the pressure, he instead has used it to fuel him to grow and be a better man.

Now an advocate for mental health and raising awareness for men to show their vulnerability and ask for help when they need it, he has become quite the unexpected activist. A documentary maker, a presenter, an author .. oh and I hear he cooks a mean roast dinner. Mostly though he is that battle rapper from Hackney who wants to make music to rock the world.

You look incredibly well, healthy and happy, how are you?

“I’m happy, I’m well, I’m stronger than I have ever been in my life. I know that factually because of what I’m lifting (laughs), it ain’t much much but it’s something. I feel great and it’s nice to be in a position to say it. Normally I’m scared to say it because I’m not sure what’s around the corner but now I’m just whatever is around the corner is there. If I’m worried about that, I’m living in misery so I’m not here being present.  I would rather focus on right now and enjoying my life.”

The new‘MOTH E.P has just landed. You sound playful and upbeat on this project. Was that where your mind was recording this time around?

“Yes, I was just having bare fun in the studio, if I put 3 more songs on it, there’s an album. That’s just the way I make music, nothings throw away. I’m not the type of person who makes 200 songs and narrows it down to the best 12. I make the best songs I can and that’s the way I have always done it. With this E.P I was just having fun, even on ‘Home’ that’s the more sombre song. It’s one of the more deeper songs I’ve written recently, there’s other songs in that vibe in the vault for the album waiting. I wanted to write something that would tap into that part of peoples hearts and touch those emotions. But for the most part, it’s me just having fun.”

You also sound recharged and excited again with this music?

“I’m putting my foot on the throat of the game. This is the beginning, this is the start, this is the first time in my career that as my manager Ged put it, I’ve been song rich. Every other time I have put a single out and I have been making my album and the single has popped and I’m like shit I still got to finish my album”.

It’s a great time for British Rap with Kano back, Wretch has just released a new single and also you. You guys are respected for being lyricists and people have high expectations when it comes to your music. Do you feel that pressure?

“Firstly thanks for putting me in the same category as two of my favourites in the game. We don’t rap for those that don’t get the bars on the singles, so even when stuff sounds like a single or goes commercial… ‘Read All About It’ for instance wasn’t commercial it was about my dad’s suicide. It was never meant to be a single, so anything I do people need to understand I’m trying to rap my ass off cause I’m competing, even if I’m competing against my own last bar. I started as a battle rapper, I have to graft. I don’t care if someone doesn’t get the punchlines, you are not all supposed to get it.”

You have become a huge celebrity away from just the music. You said something awhile ago about how ‘You roast diners were getting more likes than your music’. You seem to of since conciously changed what you share on Instagram and Twitter?

“I was taking the mickey when I said that, but also I was like let me separate my personal life from my work. My personal life is my personal life and I have dealt with that invasion long enough, for a line to be drawn. There are loads of things I love away from the music but when I have music coming I have to draw that distinction as Professor Green. I don’t care about likes, my roast dinner whatever, people will always know me first as Pro Green the artist. I have had 2 years making this music, listen I can’t wait for everyone to hear it, I’m excited, oh and my roast dinners are lovely”. 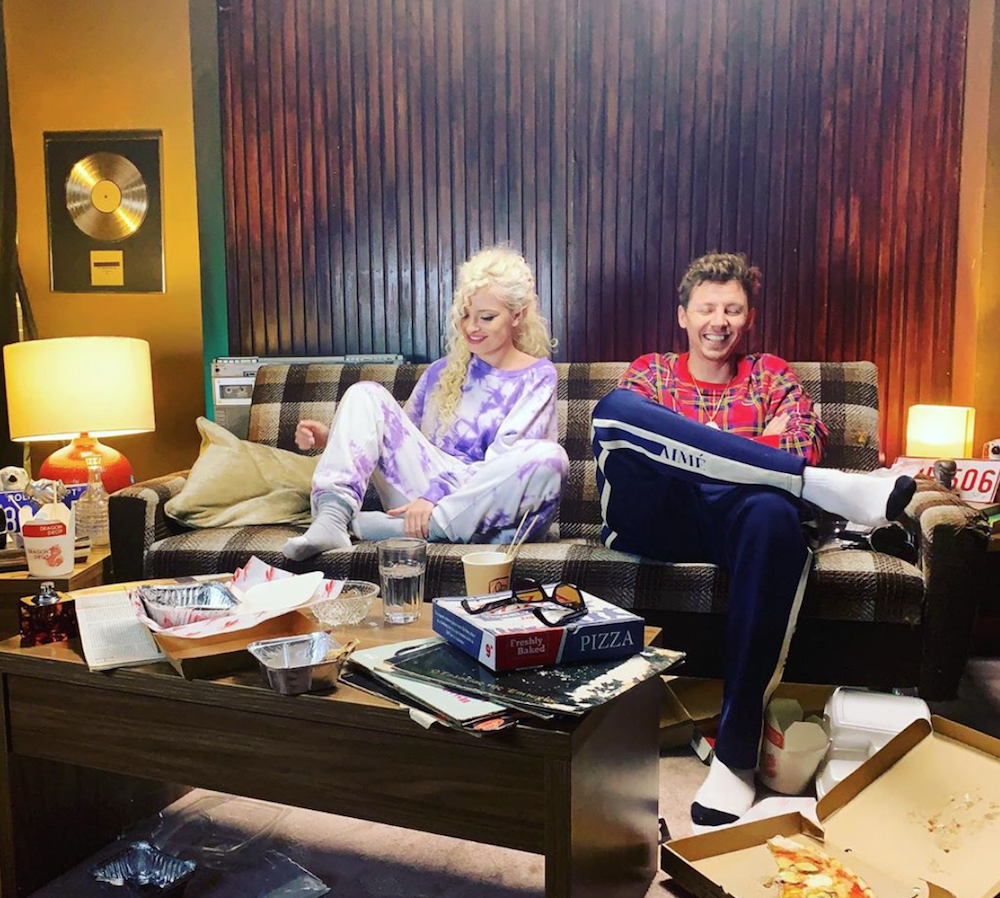 You have a song called ‘Alice’ on the project and describe her as the perfect girl. You have worked with new artist Alice Chatter on the project, you realise people might jump to conclusions?

“I don’t care, I was just taking the piss. She is like my little sister I love that girl”.

Is it true you go to bed early these days and don’t even draw your curtains?

“Listen this get’s blown out of all proportions, basically especially in the Summer I try and go to bed 9-10 o’clock and then yes I wake up whenever the sun wakes me up. It’s lovely, come 8am you are all smug cause you got so much done and everyone else is still in bed.”

Most musicians are night owls, they go studio late and sleep in the daytime. How have you trained yourself to do it this way?

“I really really enjoy it that way, but it can go the other way too. As human beings we are creatures of habit, you build your habits and can break them, it’s all about balance. I know I’m going on tour later this year, so my schedule will be hectic and I will be performing, early promo and sleep become more difficult. So when I can build a routine into my life, I try and make it a good one.”

You have worked with so many cool people in the game, there are a ton of hot new rappers in music now, who would you love to jump on a track with?

“I’m a fan first, I was listening to music before I was writing it. There are bare new rappers from the younguns that I love. Put me on a track with anyone and just see what happens. People can be ‘Pro will get murdered, whatever, cool, do it and just see”.

Kiana has that vibe….