‘Just Mercy’ is the story of Alabama public interest attorney Bryan Stevenson and his mission to change the legal system and bring justice to those locked up a lot of times for crimes they did not commit. Through his organisation Equal Justice Initiative, he has spent the last thirty years advocating on behalf of the poor, the incarcerated and the condemned, seeking to stop racial discrimination in the criminal justice system.

This man is a real-life hero and filmmaker Destin Daniel Cretton (‘The Glass Castle, ‘Short Term 12’) has made a much-needed film telling this powerful story. With early reviews having critics raving and the cast incredibly emotional while discussing their need to be a part of the project, this is will be a film that will make a huge impact.

‘Just Mercy’ follows Bryan Stevenson as a young lawyer played by Michael B Jordan. After graduating from Harvard, Bryan decides to head to Alabama to defend those wrongly condemned or who were not afforded proper representation, with the support of local advocate Eva Ansley played by Brie Larson. One of his first cases is that of Walter McMillian played by Jamie Foxx. 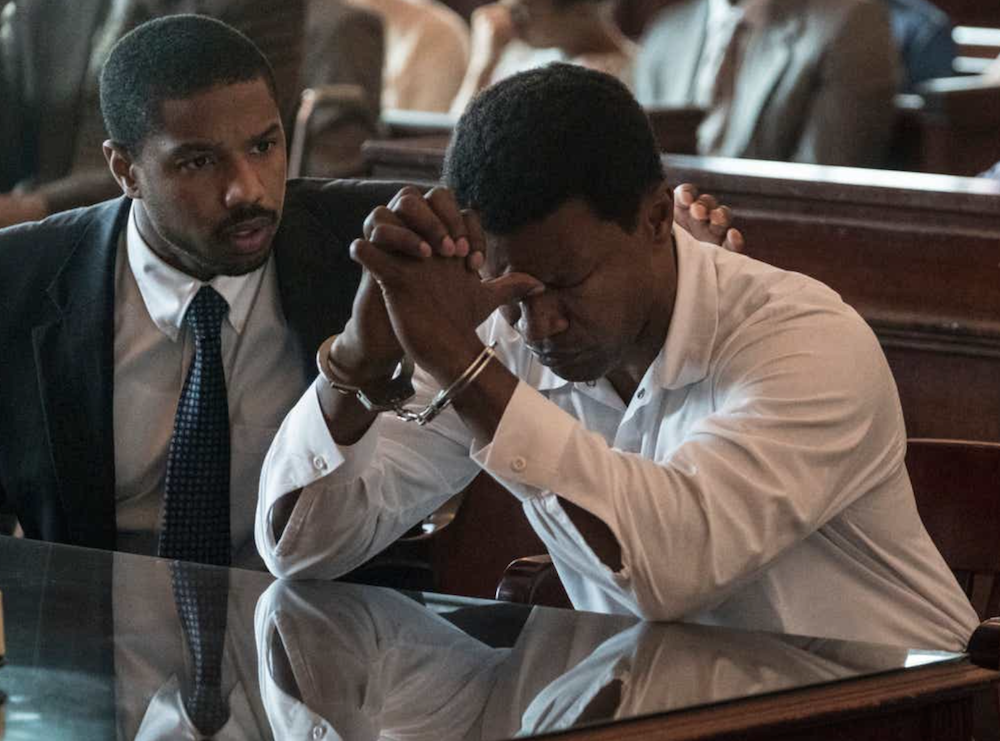 In 1987, McMillian was sentenced to die for the murder of an 18-year-old girl, despite evidence proving his innocence. You see Bryan for years fighting the system to try and get Walter his freedom. The journey is heart-breaking with the two men becoming very close. Through this film, you will see the ugly truth of the American Legal system and hopefully feel more educated, empowered and emotionally connected to do your bit to help people like Bryan to change it.

‘Just Mercy’ is out Friday in the U.K!