The 63rd BFI London Film Festival is literally around the corner and we can not wait!

It’s one of the most exciting times in the calender with an eclectic bunch of film makers sharing their latest work. This years Opening Night gala film has already made a huge statement starring BAFTA award winning Dev Patel as David Copperfield.  This will be the first time we see Charles Dickens famous charater from his classic novel no longer posh and white with curly blonde hair but instead a British Indian.

The term ‘colour-blind’ casting has been used a lot when talking about this film, director Armando Iannucci has said nobody else could play this role but Dev and casting such a diverse cast including black actors was just natural and not forced. The best people were cast it was that simple says the Director. This diverse cast makes this film very exciting and also potentially game changing.

Dev is joined by a brilliant bunch of Brits including Tilda Swinton, Hugh Laurie, Peter Capaldi, Ben Whishaw, Paul Whitehouse and Gwendoline Christie in ‘The Personal History of David Copperfield’. Closing this years fest is ‘The Irishman’ directed by a man that truly has changed cinema with his style and unapologetic badass style.

He is a total legend and has influenced movie making in such a powerful way. Martin Scorsese is the incredible man in the director’s chair for this one with a bunch of equally iconic men in  front of the lense Robert De Niro, Al Pacino and Joe Pesci.

Martin Scorsese, “I’m extremely honored to be having the International Premiere of THE IRISHMAN at the closing night of the BFILondon Film Festival. This picture was many years in the making. It’s a project that Robert De Niro and I started talking about a long time ago, and we wanted to make it the way it needed to be made. It’s also a picture that all of us could only have made at this point in our lives. We’re all very excited to be bringing ‘The Irishman’ to London.” 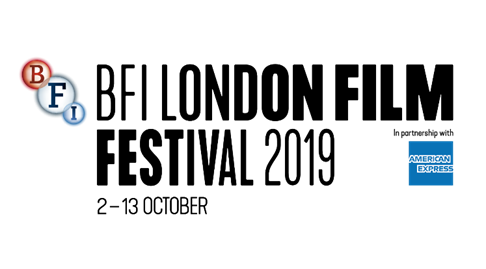 ‘The Irishman’ reunites Scorsese with his Gangs of New York screenwriter Steve Zaillian and tells the story of organised crime in post-war America. Told through the eyes of World War II veteran Frank Sheeran (De Niro), a hustler and hitman who worked alongside some of the most notorious figures of the 20th Century.

Writer and director Rian Johnson ( Star Wars, The Last Jedi, Looper) will be unleashing ‘Knives Out’ in London this October.

When renowned crime novelist Harlan Thrombey (Christopher Plummer) is found dead at his estate just after his 85th birthday, the rather charming and good-looking Detective Benoit Blanc (Daniel Craig) turns up to investigate. It’s truly a ‘whodunnit’ type of movie, with lots of humour and mystery. 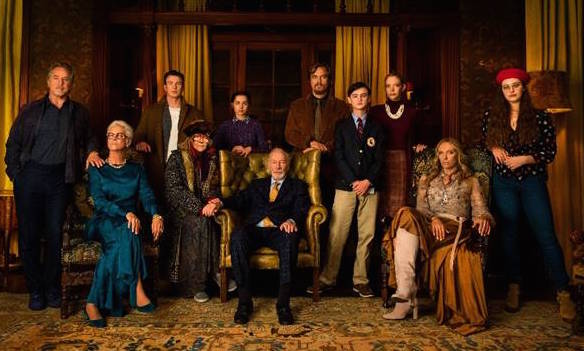 Rian Johnson “I’m thrilled to be screening Knives Out at the BFI London Film Festival. This film was an attempt to capture the twisty fun of an Agatha Christie whodunnit, it’s a great pleasure to be showing it in the country responsible for the genre’s golden age.‘Knives Out’ is in cinemas across the UK on 27th November 2019.

We will keep you posted on all the news and you can check out the full line-up here.

JUST TRY AND STOP THEM….