STYLE WITH ALOT OF SUBSTANCE!!

She has been working her ass off for several years creating music and uploading to Soundcloud from as young as 16. Doja has this incredible, infectious fun vibe and doesn’t take herself to seriously. But don’t get it twisted this girl is talented as hell. She writes, produces, sings and can rap too. Also what’s great about her is the straight up real nature in how she shares herself with the world. She is not afraid to show her authentic self, the good and bad. She has millions following her on Instagram and watching her visually captivating colourful videos.

Doja dropped the Purrr! EP. It’s lead single ‘So High’ stacked up over 30 million streams and made the music critics fall in love with her candid approach to songwriting. She has toured with the likes of Lizzo and Theophilus London which has continued to help her grow a dedicated fanbase. 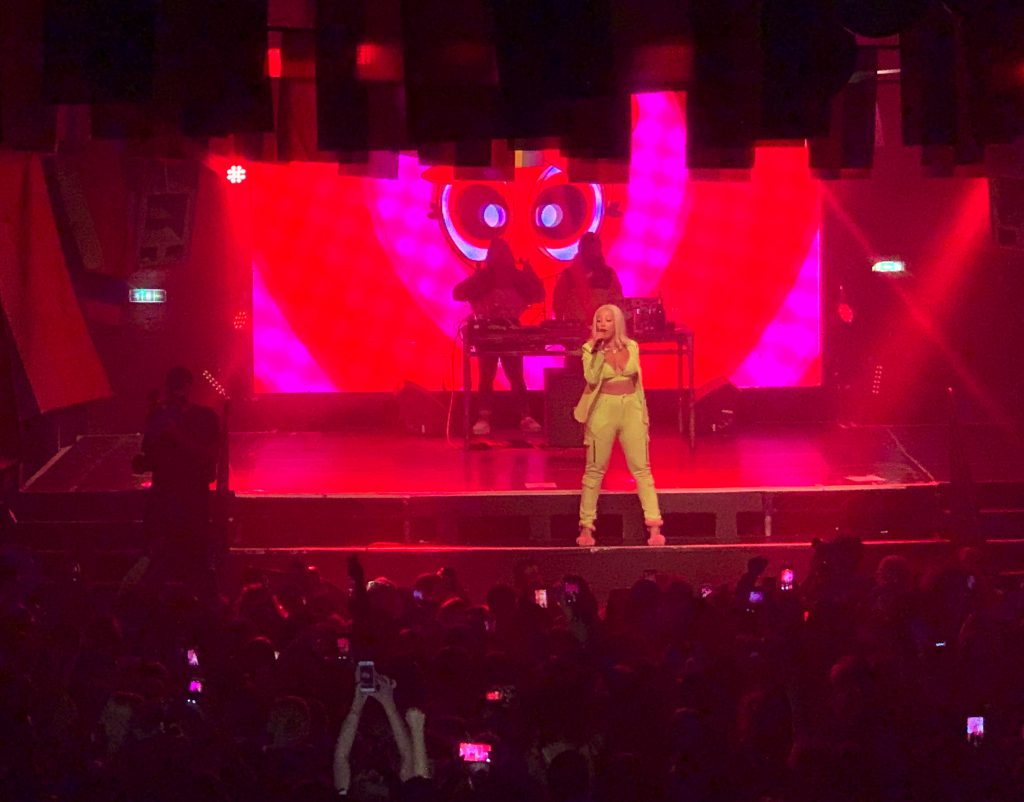 Doja took to the stage at Heaven in London this week to a die hard excited audience. With pride flags all around the venue she picked the right night to perform new music in the Capital. Dressed in a bright yellow fitted blazer suit with matching bikini and blonde hair she looked every inch the star.

Watching her perform and interact with the audience she has this natural charm that had me thinking of Cardi B. If Cardi has a sister that was more R&B with a slice of Pop Doja would be her. She also is super comfortable in her skin, fully embracing her curves and sexuality. 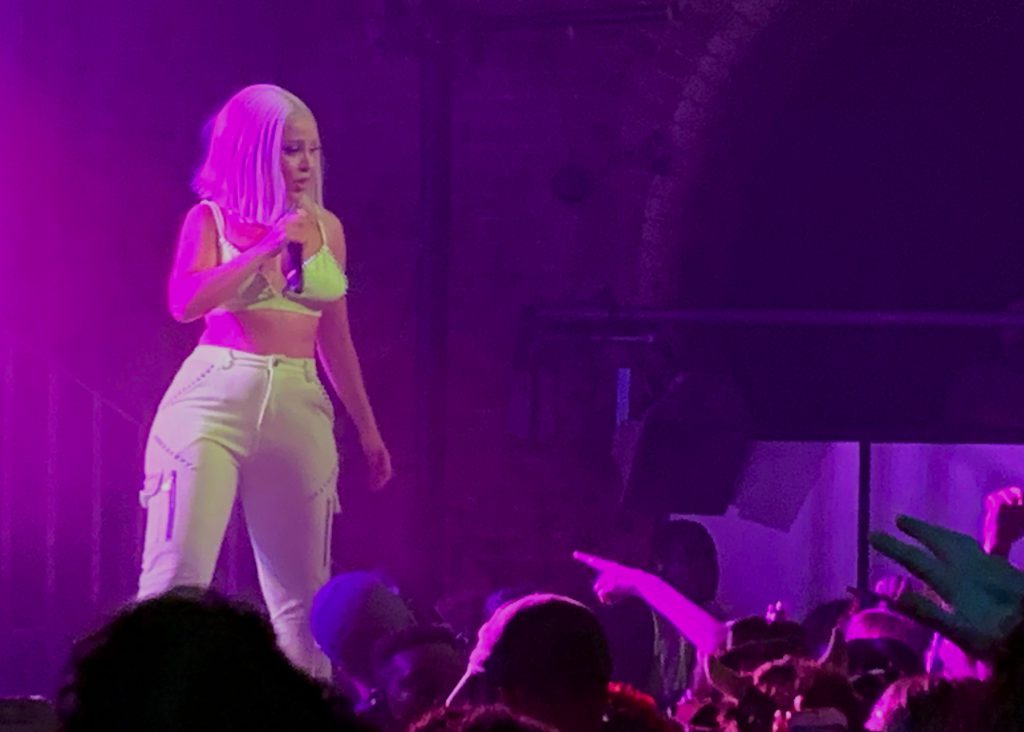 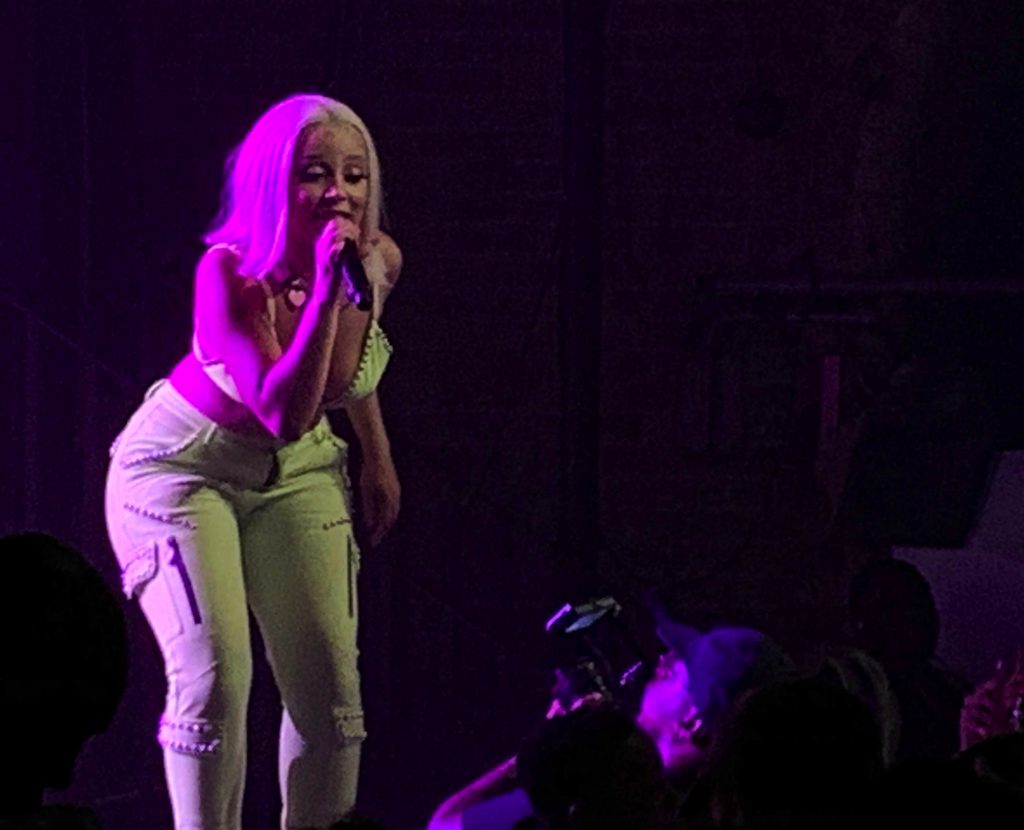 It’s interesting that she is choosing to not wow is with her vocal acrobatics instead being chilled and giving enough that you know she can blow without the need to prove anything. That shows confidence and a sense of humility.

At one point it felt like a sexy, hot cabaret show in Heaven with a diverse, dope audience embracing her every move and word.

Doja’s performed songs from her most recent project ‘Amala’ with that old-school west-coast vibe, we were expecting Snoop to pop out and do a 16!

Tracks like ‘Cookie Jar’, ‘Fancy’, ‘Candy’ ‘Down Low’ and ‘Wine Pon You’ showed this ladies ability lyrically and musically.

The album also includes the viral smash ‘Mooo!’ which has had millions of views online. The song went off at her live show with audience members on stage shaking their asses and trying to get Doja’s attention. She is a smart cookie who uses visuals to make you totally escape into her bright beautiful playful world.

Doja is one to watch she has as much substance as style.

Check out the album here.

What a flippin party @DojaCat sexy, playful, talented as hell and so damn adorable @JeremyJoseph where were u ?? missed u and Jacob the club looked beaut ❤️ pic.twitter.com/2cDDPC9wXH

ON TOUR WITH Kiana Leda

YOU DESERVE TO OWN THE ART YOU MAkE?

THE ANGELS ARE COMIN…..