MAkE MOVIES WITH YOUR FRIENDS….

What makes Thunder Road so very special and a film that we all need to go and support?

Well firstly it’s been made with a lot of heart, passion and determination. Plus it’s pretty damn awesome. Director, Writer and Actor Jim Cummings …No not the actor who plays the voice of ‘Winnie the Pooh‘ but another awesome American who had a dream of making incredible beautiful films one day.

“I was a nobody when I made the short film, I was basically rock bottom. If that’s rock bottom making movies with your friends in a funeral home for 6 hours anything is possible. It’s about being able to make something on your own and not needing anyone.” 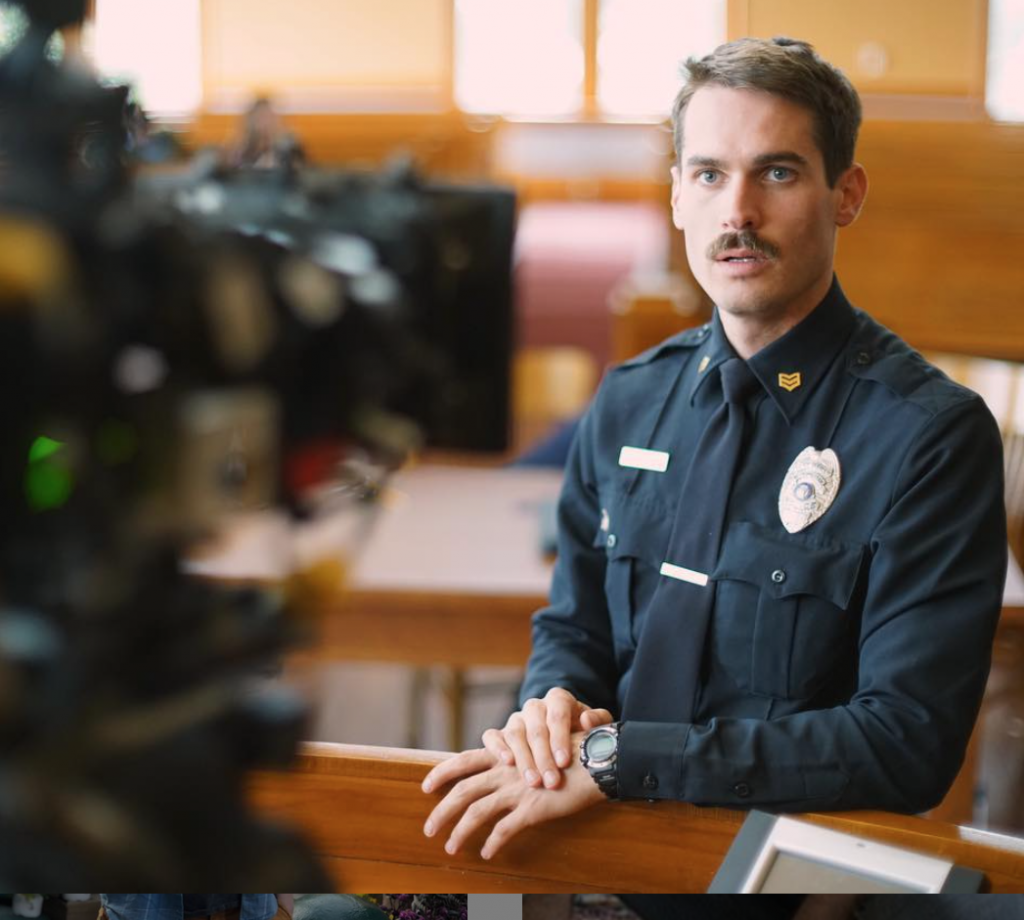 He spent years in film school and than a load more years trying to make them. hoping people would notice his talent. At some point during this life mission it all became rather difficult and left Jim feeling hopeless and becoming depressed spending hours watching movies ironically by other people to pass time.

Thankfully however having friends in the same situation can either inspire you or make you feel even shittier. In Jim’s case he got inspired and started finding ways to make his films in his head become real.

“If you can make each scene very thoughtfully funny, you’re predicting where the audience is going to be in the rollercoaster. To make fun at yourself becomes very endearing to an audience. I’m always so surprised when a movie is serious and absent from humour, it becomes such a drag and you are missing all the opportunities to engage your audience.” 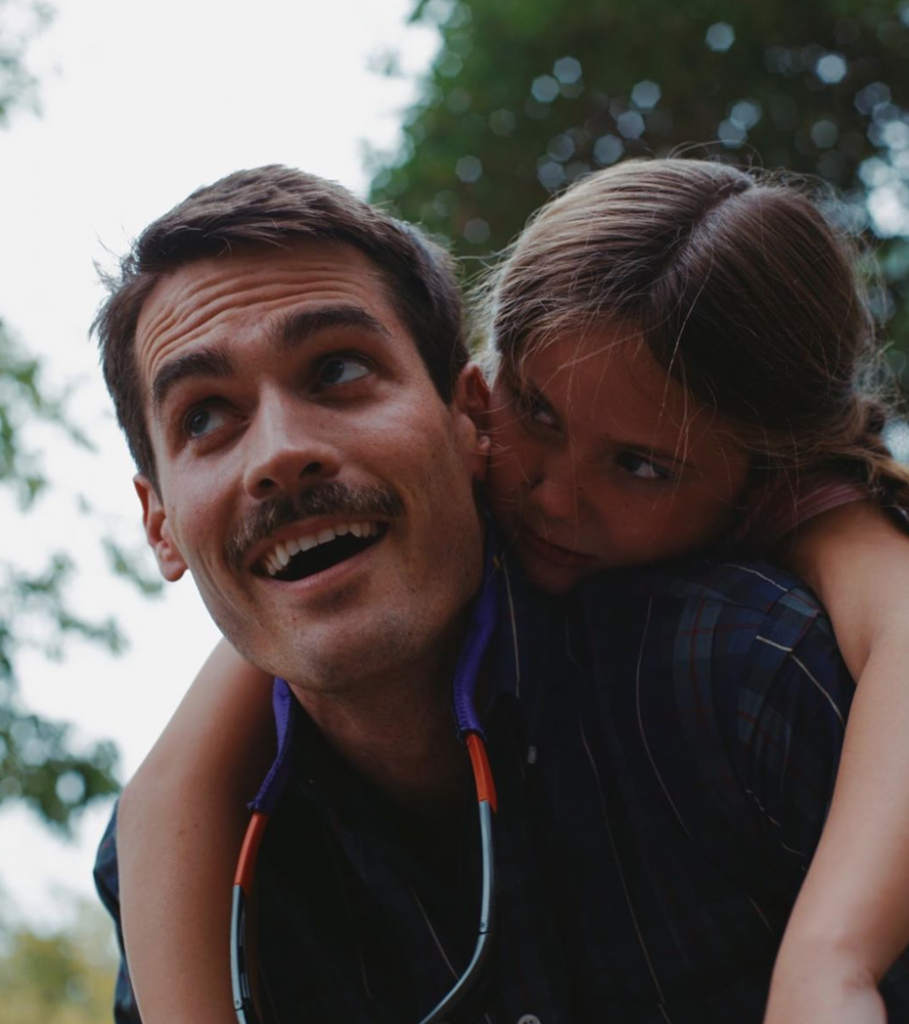 The ‘no’s kept coming but Jim didn’t give up. He kept showing up and submitting till eventually his beautiful short movie ‘Thunder Road’ captured the hearts of Sundance. The film went on to win and capture a whole new audience for Cummings.

It’s important to note he had no budget a few thousand dollars, sold his weddings rings (after getting divorced) which can’t of been easy on top of everything else. Jim put his ego aside and started crowd funding to raise the rest.

We often hear the stories of when people have made it rather than when they are still on that journey. Jim is about to blow but needs us to support his movie which is now a full feature and out in the U.K. 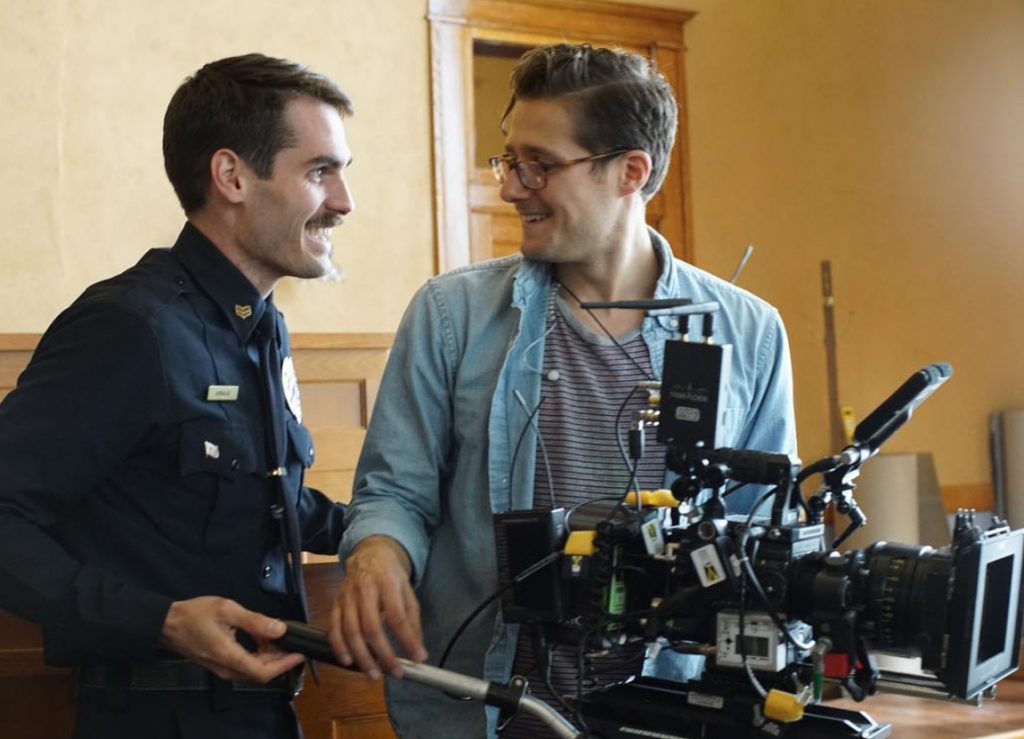 He says ‘Make movies with your friends’  how can you not just love that sentiment, so simple yet so powerful.

Named after a Bruce Springsteen song ‘Thunder Road’ is finally out. The story had been adapted for the full feature originally showing a man grieving his mother at her eulogy in a moving way with comedy thrown in.

“Surprisingly with English audiences, they get all the jokes in the right spot. With American audiences I feel like a lot more politically correct now, everyone’s much more conservative and not sure if they should laugh or not.”

The film has taken the short further with Cummings character Jim Arnaud a police officer going through a major breakdown while grieving the loss of his mother. He is also trying to get custody of his daughter while trying to build a bond with her. The film is emotional, funny and will have you wanting to reach out and give him a hug. The film focus’s on how loss and regret can rip you apart, but there is always a chance to change your future and do better.

“People are getting in touch with me and asking how did you do it? Where did you get the money? It’s great to be able to give real-time advice from someone who is not Hollywood and is just a fucking dude you now.”

The best movie I have watched this year #ThunderRoad so much heart, pain, love, loss, regret and hope… Gang @jimmycthatsme is a fuckin G! Said a big F U to Hollywood and made the film of his life with his mates … luv that!! https://t.co/EedesHpp6R ❤️ pic.twitter.com/uKoy1lV1MF

ON TOUR WITH Kiana Leda