Zac Efron has teamed up with the incredible Lily Collins in the story of the notorious Ted Bundy.

‘Extremely Wicked, Shockingly Evil and Vile’ tells the story from the eyes of Liz Kloepfer, played by Lily. Liz was the ex-girlfriend of Bundy who actually was the person that contacted the police and gave his name as a suspect, this is the first time she is sharing her story. Director Joe Berlinger dug deep and hard to share this shocking story of a serial killer that a lot us don’t know that much about.

Joe has spent several years telling incredible ‘real crime’ stories of many killers on death row. His credibility and experience bring a lot of weight to this project. He told me Zac was his first choice, due to his resemblance to Bundy. He also felt Zac’s sex symbol status was also a quality shared by Ted. On paper, those two factors make him the perfect choice. Plus we all know Zac will draw in a lot of attention, this helps both the film and Zac’s career movng forward. 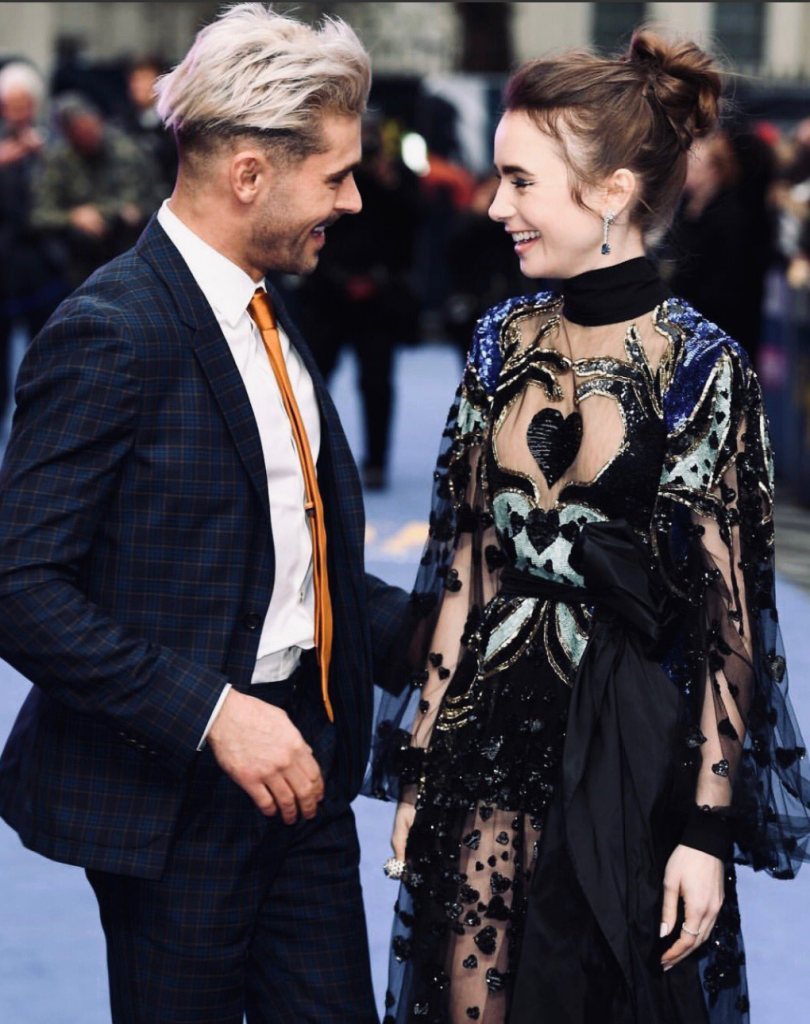 Lily Collins is just as important in this movie as Mr Efron, she has such a lovely quality on screen. She doesn’t have to scream and shout for attention instead has this subtle way of sharing her emotions through great expression and good acting. I love her and found her captivating and great as Liz. During the London premiere, which you can check out below, she told me she felt a responsibility to Liz who she spent some time with before shooting started. Lily also raved about her co-star Zac who she found fun, kind and great to work with. The two were inseperable at the event,  great chemistry and so very relaxed as they hugged and greeted fans.

Zac Efron is incredibly charming, sweet and good-looking, but it’s very apparent that this guy is also very smart. He is being picky with what films he features in now and wants to be respected as an actor. I saw hints of an ambitious very disciplined guy, who is currently working on redefining who he is and how he wants to be perceived personally and professionally. it’s obvious to see he is on a huge transition career-wise and this is the first sign of him showing the world I’m more than that good-looking teen heartthrob from ‘High School Musical.’

Zac has also recently launched his Youtube channel with support from his brother, again another way of re-defining the public perception of who he is.

I would suggest you watch the ‘Ted Bundy Tapes’ on Netflix which Joe Berlinger has also directed ahead of the release of ‘Extremely Wicked’ May 3rd. This story was always going to be complicated and demanding to tell in less than 2 hours but I think Joe did a good job. Zac is good and Lily too, also a hint of humour in the form of the brillant John Malkovich and Jim Parsons.