THE BRITS FORGOT ABOUT STEFF???

Hey guys! So we wanted to talk about those all important BRIT’s Nominations which came out recently.

For an artist that made such a huge impact in 2018 in music it makes no sense that Stefflon Don has been ignored. It feels like you couldn’t escape hearing hear on radio, seeing her on TV or on a festival stage last year. Plus when she wasn’t putting out her own projects she was working with some of the best from DJ Khaled, Demi Lovato, David Guetta to Skepta. She deserved to have been in the Best British Breakthrough category at least. She has been a very important female artist for the scene and it’s incredibly frustrating when someone like her is overlooked.

Congrats however to pop babes Anne- Marie and Dua Lipa who top the leaderboard, with 4 nominations each. Anne Marie’s is up for Best Song and ‘British Artist Video Of The Year’ for ‘2002’, British Female Solo Artist and the coveted British Album with ‘Speak Your Mind.’ Dua Lipa appears in the single and video categories twice for ‘IDGAF’ and her Calvin Harris Collaboration ‘One Kiss.’.

Dua in particular has truly conquered the whole world with her music once again last year and we have supported her from the start, doing one of her first ever interviews. Take a listen below and hear her talking about her dreams and love of Rap music ( by the way she has been in the studio with new dope artist Octavian recently… expect some fire)

A special mention to both George Ezra and our personal fav Jorja Smith who have received three nominations and alongside Little Mix are the first confirmed performers for the show at The O2 Arena, on 20th February.

The Little Mix ladies are up for 2 gongs – in British Artist Video Of The Year for ‘Woman Like Me’ and the all important  British Best Group. Joining them are Years & Years, Gorillaz, The 1975 and Arctic Monkeys who dropped a killler album. 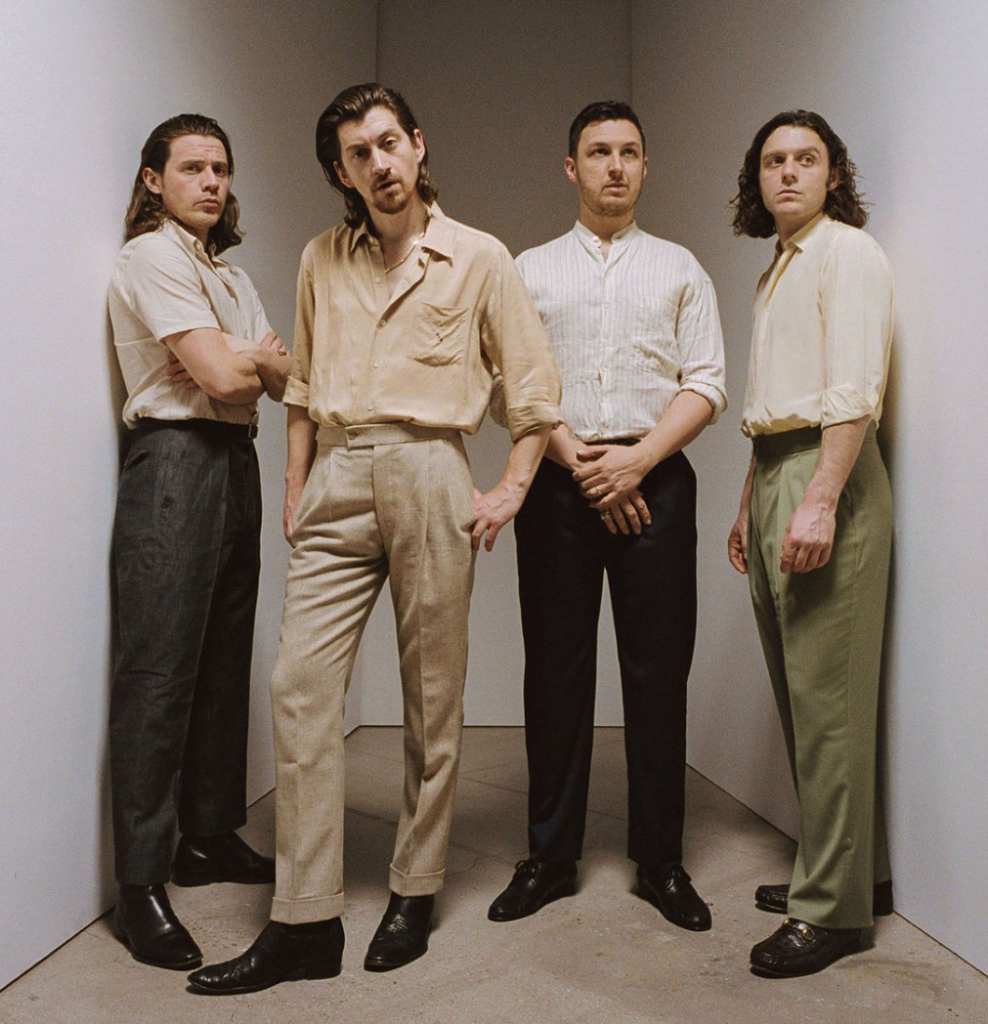 The Carters – Beyoncé and Jay Z are up for ‘International Group.’ The Power couple did a lot last year with their ‘On The Run II World tour, and their joint album ‘Everything Is Love’.

Although it’s strange to think of them as a collective rather than the solo stars they are, we love them and are rooting for them always, I mean they are musical royalty after all.

The female lineup consists of Ariana Grande, Camila Cabello, Cardi B, Christine and The Queens plus the amazing Janelle Monae. What a tough one right?

Each lady has had an epic year and we think that each one of them deserves to win. Personally we would love to see Janelle win, she makes great music and has always been such an individual. Plus the ‘Dirty Computor’ album was everything.

Who do you think will win? Let us know in the comment section below.

Much is the same for International Male Solo Artist with Drake, Eminem, Kamasi Washington, Shawn Mendes and Travis Scott in the mix.

It’s a toughie and may the best man win. We think that out of all the above, Kamasi Washington may be the least ‘comercially’ known so check out ‘Street Fighter Mas and get to know why he deserves his place.

Let us what know you think of this year’s noms in the comments below!

As usual, The BRIT’s are a hot topic on Twitter, and here’s some of our favourite fan reaction to this year’s nominations. 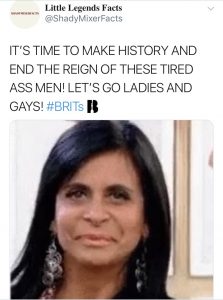 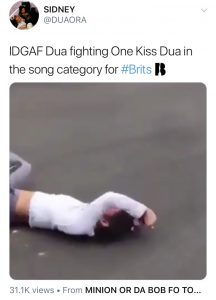 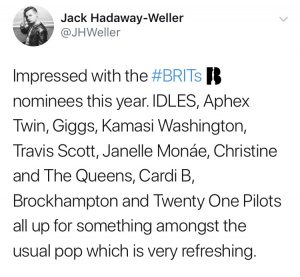 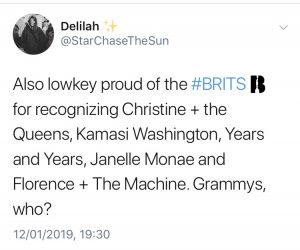 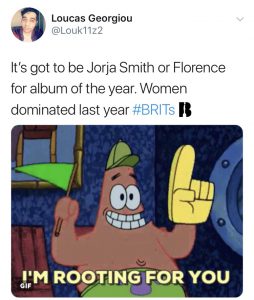 TIME TO TAkE UP SPANISH……