J Cole is one of my fav musicians and today he unleashed his brand new fifth album KOD. First things first what does that mean I hear you ask?

Well there are three meanings ‘Kids on Drugs,’ ‘King Overdosed,’ and ‘Kill Our Demons’. He goes in from the title track saying what he feels with no apologies. Cole sounds like he is almost taking the piss out of other rappers without saying any names. Almost like he has created his very own Slim Shady to blame, naming his alter ego kiLL edward who you hear on a few tracks.

I love this project and find it super direct in a real smart way, bringing light to a lot of important things happening right now in the world. Substance abuse and mental illness are subjects that are featured a lot on KOD. Cole also talks about the obsession with social media, politics, and hero worshipping. The image he depicts on the artwork also shares that same message.

He also talks about temptation with women trying not to cheat and thinking about the consequences. Reminding himself his girl is wifey and not to mess up. He says she is his number 1 but talks honestly about the amount of ‘cookie’ another word for women that are hitting up his phone. Not quite sure if he is admitting to cheating, trying not to or maybe just sharing the temptation of it but managing to controls himself???

He tweeted the album is left to each of us to interpret how we choose, so I guess it’s how you take what he says. Music is supposed to make you think and feel something right? Cole does that so well just like Kendrick and Wretch. He is a special artist and so very important to the culture.

He is a young Jay Z making his own path and walking in his own lane. I have always admired that he doesn’t rely on features or co-signs. He almost vanishes until he is ready to release music.

Even the way he announced this project with 2 fan shows in NYC and London. He played the album and shared his thoughts on mental illness and gave an insight into the inspiration of the new album as he stood on stage with screaming elated fans looking at him with total obsession and love.

I have interviewed him a couple of times and I can tell you J Cole or Jermaine as he is known to his family and friends is super smart and really cares about the world we are living in. He wants to make change through his music and leave us feeling like we should care and empower us with what is going on around us.

Also he is a total gent and a charmer. I can see why women would be trying to get his attention, although he is happy with his longterm highschool sweetheart and a dad now ( leave the boy alone) 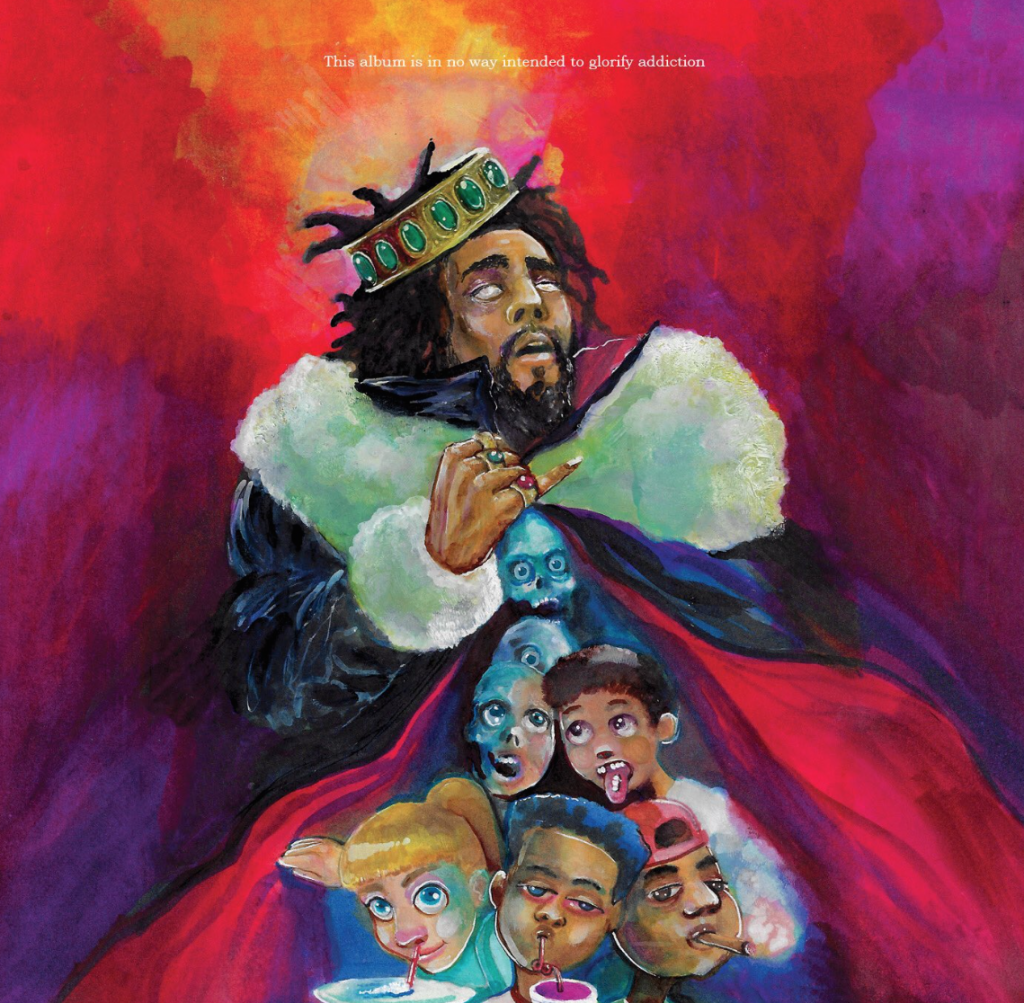 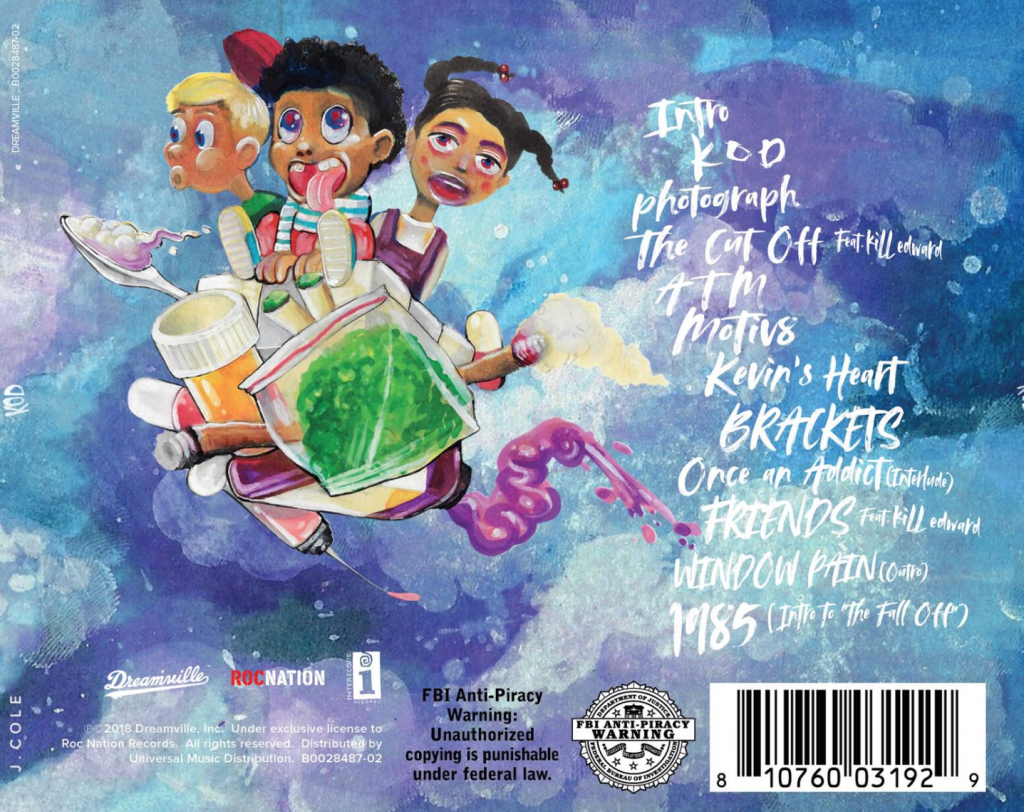 Rap music needs J Cole for that other perspective, I need him for the substance and great art.

Dope Rap is like a great poem, beautiful, heartfelt, deep and a total mind fuck at times.. lol!

I highly recommend ‘KOD’ by J Cole awesome album, highlights include ‘BRACKETS’ ‘The Cut Off’  ‘1985’ ‘Window Pain’ ‘Kevin’s Heart’ and the title track.