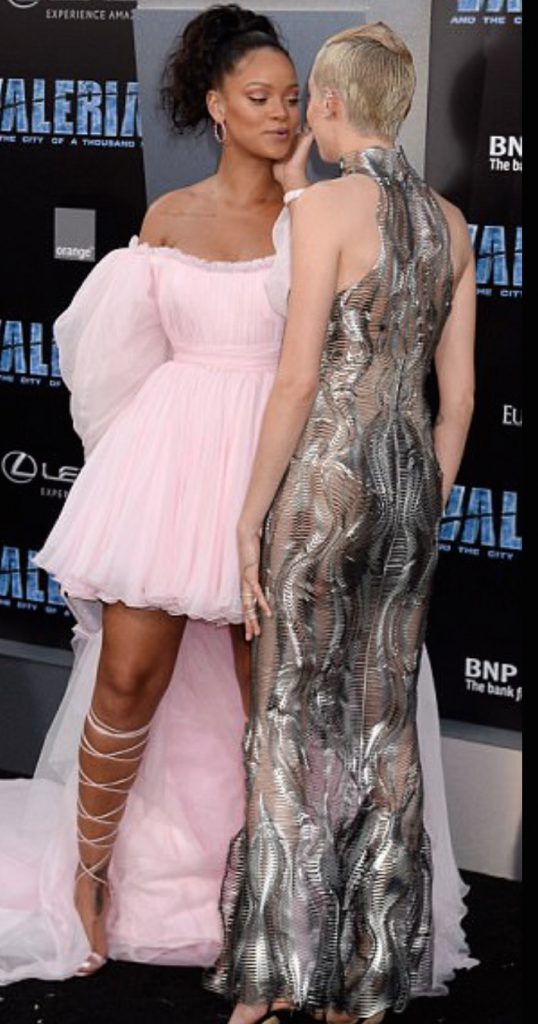 Both Rihanna and Cara fully emobodied the roles of Valerian Queen at the premiere in Hollywood last night. RiRi looked like a total fairytale character in this amazing Giambattista Valli Couture teamed with knee-length lace-up sandals by Manolo Blahnik. While Cara looked sexy as hell in this metallic almost see through Iris van Herpen gown. Don’t get me started on her hair, she is looking sooooo hot at the moment! 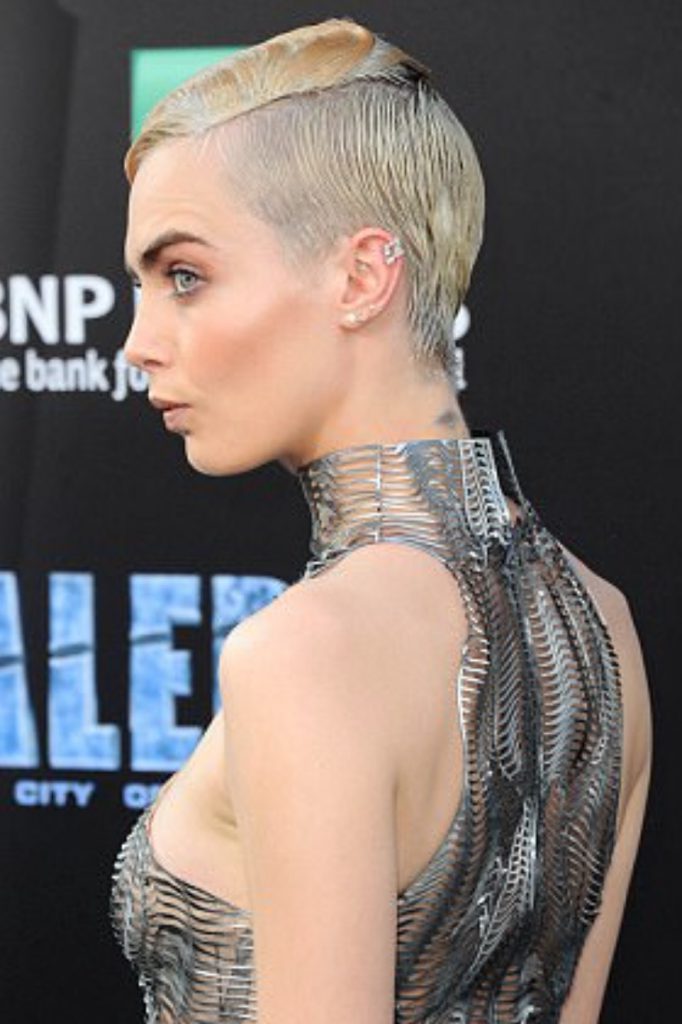 Bestie Kendall was there to support her girl dressed in a more classic understated way in this LBD by Carmen March. While big sister Poppy ( Who I’m obsessed with) opted for this Zuhair Murad jumpsuit. 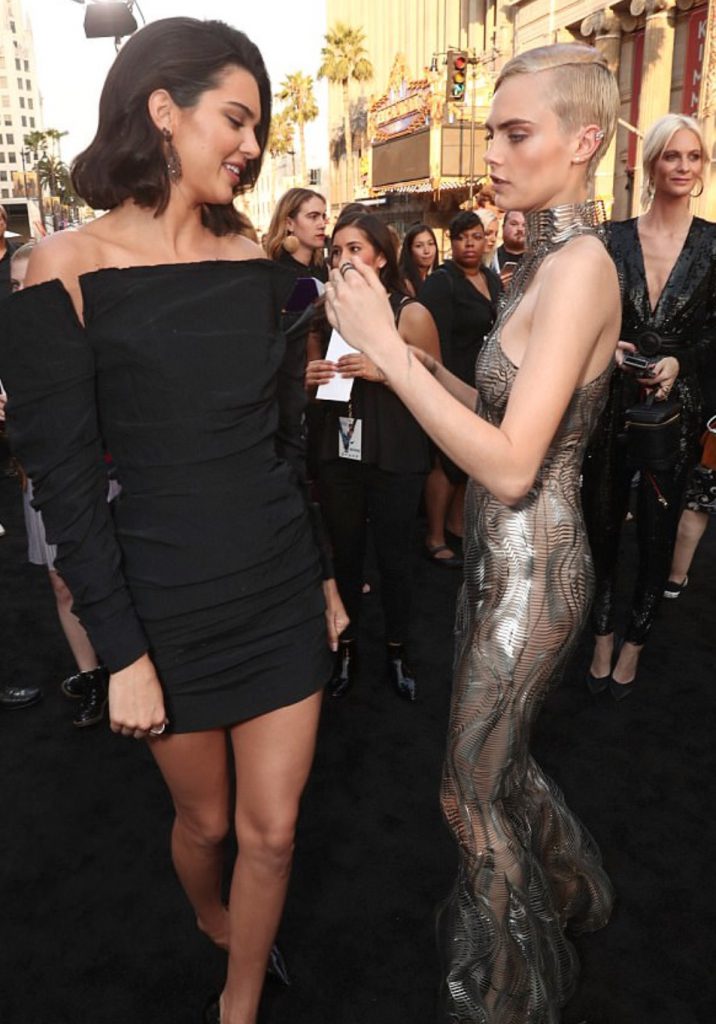 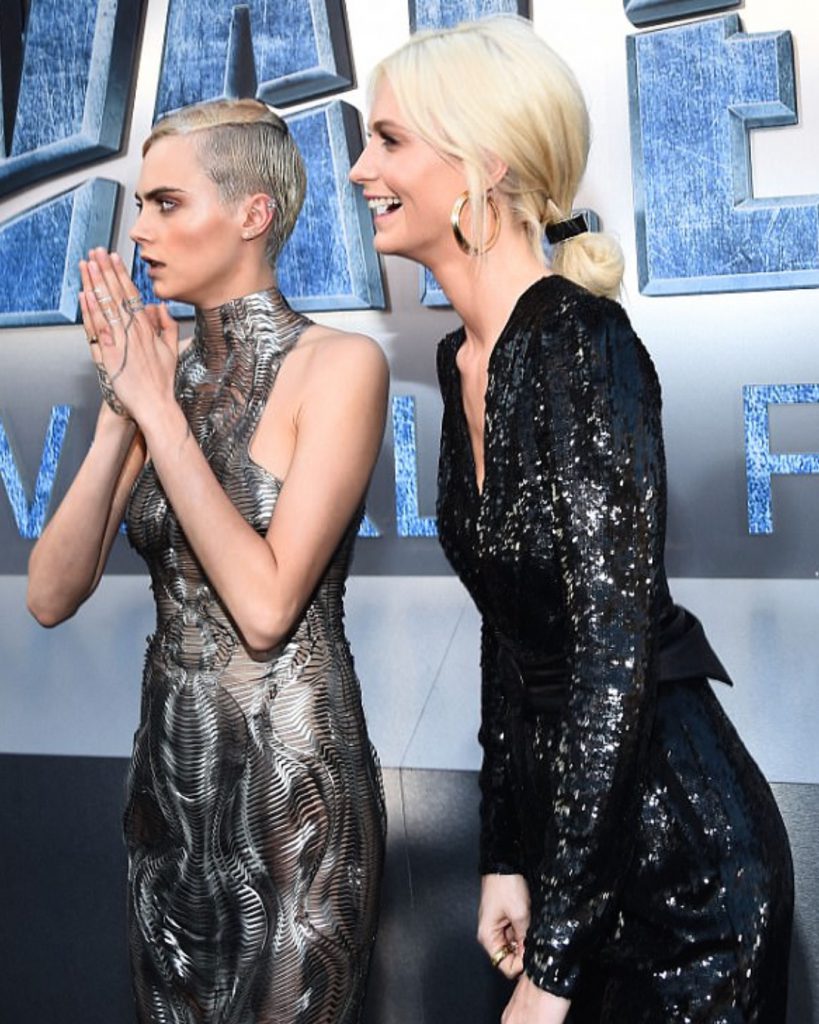 The Luc Besson-directed Sci-fi adventure ‘Valerian And The City Of A Thousand Planets’ is a film based on the French comics series “Valérian and Laureline”.
It’s hotly tipped to be one of the biggest movies of the Summer, having Rihanna featured has obviously attracted a lot more interest. Dane DeHaan plays the lead with Cara Delevigne playing his co-star and Clive Owen plays the baddie.

I just watched the movie and here is my review. Let me start by saying I can see where the 200 million dollars went, the effects and sets were incredible. I found it slightly too long and in parts way to busy. Don’t get me wrong I liked it but didn’t love it. Here is a movie that has elements of so many other Sci Fi classics and I found myself at times thinking about what I needed to do tomorrow, never a good thing when you are at a cinema.

I found it visually beautiful in parts this included Rihanna who commands so much attention on screen that you literally feel under her spell. Her cameo started so well but near the end I felt like we were forced to try and understand her characters struggles but literally in a few rushed minutes.

When I was at school my teacher Mr Roberts would always say ‘Max is so good at writing stories, she starts so well but then she doesn’t know when to end and tries to fit so much in’. I think the same could be said of ‘Valerian’. In the middle it dragged and so many side plots were being pushed in to make us understand what was going on. I will say on a plus note I loved that Lauraline the character played by Cara Delevigne was a total kick ass female who was more the hero then ‘Valerian’ played by Dane Dehaan.

I also want to mention Cara is truly starting to become more actress and less that girl that models for Chanel. The roles she is choosing are all different and not too demanding, I mean that in the best way possible. She is gradually showing her skills as an actress and in time I think she will nail it and make that transition. Imagine a few more years and one amazing role that will transcend her into the world of respected actors. I have met her a few times and always found her super smart and incredibly genuine. This lady is determined and very talented.

Overall it’s disappointing for me but I still say check it out and make up your own mind.