Disclosure have just unleashed a brand new E.P featuring the legendary Al Green. They just dropped the title track off it called ‘Moog For Love’ interesting title… It features Eats Everything and is a vibe… The boys told me how the whole collab with Al Green came about.

“Its people reaching out and loving our show, your peers and also your idols like the other day Al Green hit us up and just gave us the parts to his whole discography, which was just Wow…. Things like that get us excited in the studio, your heroes reaching out and showing love”.

It’s called “Feel Like I Do” have a listen below, let me know what you think in the comment section. I love the way they combine old with the new. 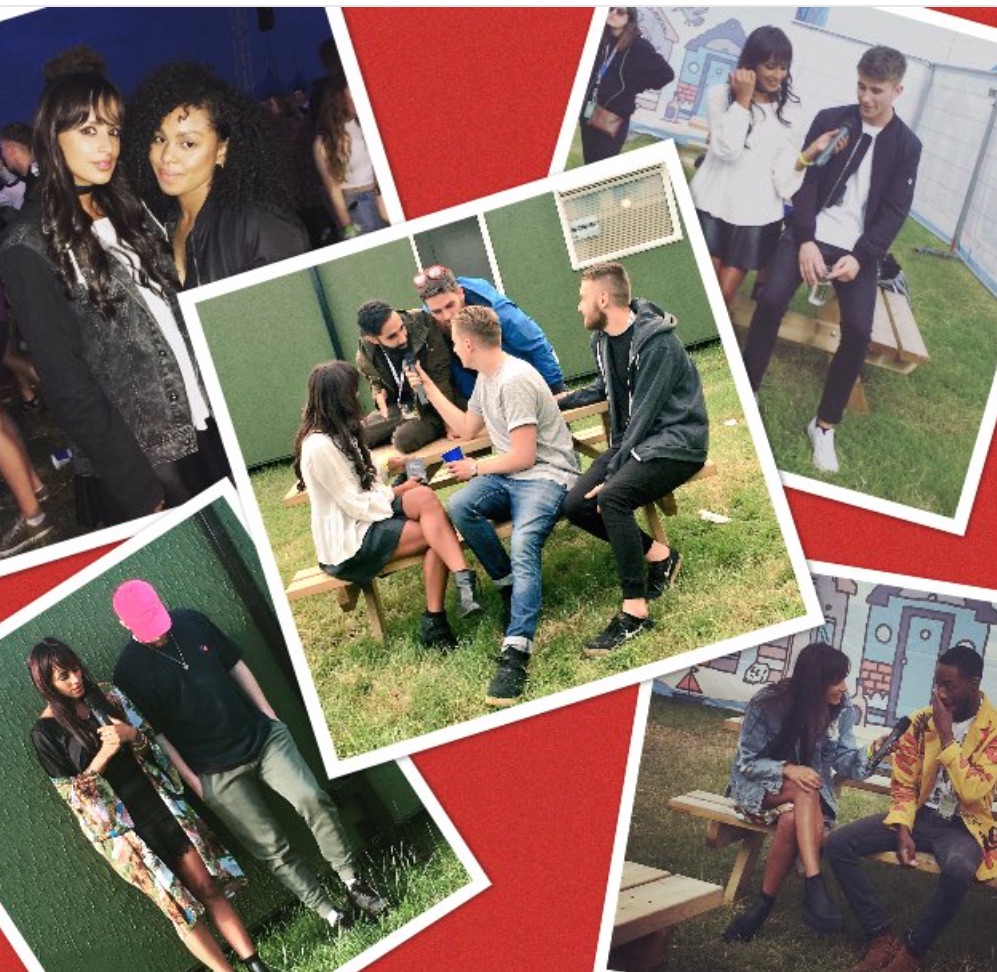 I also spent the weekend running around backstage at Wildlife Festival in Brighton! Rudimental and Disclosure put together an incredible line-up of acts over 2 days that you will very rarely see, alongside performing headline sets themselves at the end of each night.

Where do I start… Well firstly why at festivals do we eat sooooo much crap?? It’s like you have this god given right to stuff your face with as many variations of burgers and let’s not forget alcohol till you literally feel like your about to explode. The only other time I do this is Christmas…… 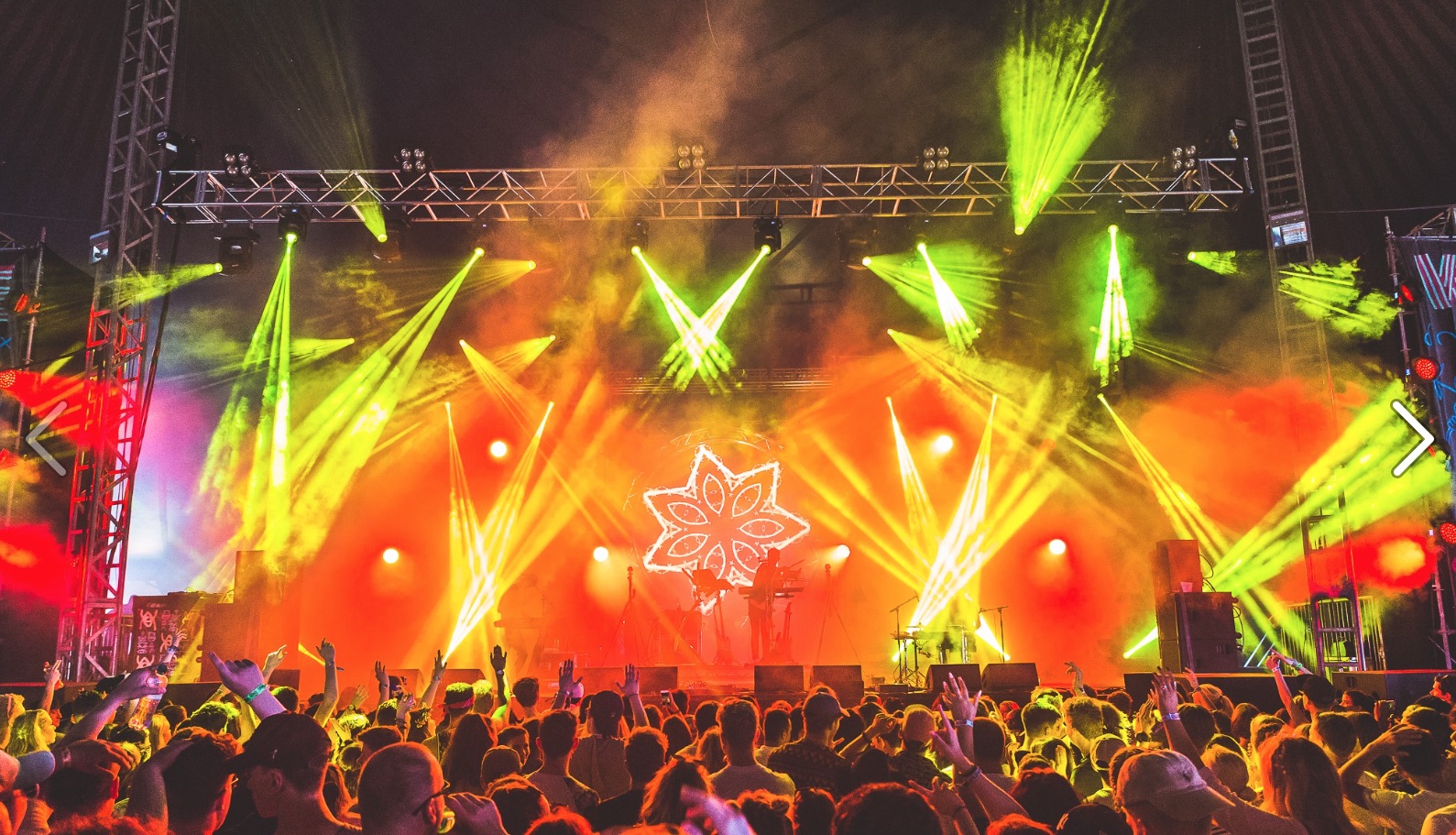 Away from eating far too much, the atmosphere backstage both days was chilled and welcoming. Yes some acts like rap legends Ice-Cube and Busta Rhymes seemed to appear on stage and then almost vanish after… ( probably in their own tour buses having their own party) But the rest of the acts from the boys who organised the event to Section Boyz, Goldlink, SG Lewis, Snakehips, Bastille, Kano, Giggs, Jack Garratt and Lady Leshurr hung out eating Nandos while they caught up with one another. ( Check out performances below)

I caught up with Guy and Howard from Disclosure first on the Saturday and you know what they have been touring the world but were surprisingly totally relaxed and hyped for the weekend. I found them genuinely happy to be back for a second year and huge fans of the other acts on the line-up. During out interview poor Guy wanted to watch Skepta’s set so bad but instead was left chatting with little ole me #oops ( think he caught some of it though…).

“It’s crazy man, it feels unreal. I just watched the whole of Busta, Guy told me “And when he said ‘WILD LIFE’ and then dropped ‘Woo Hah’  I was just like wow! If you had asked us when we were 10-years old this would be happening, we would be like what!!” 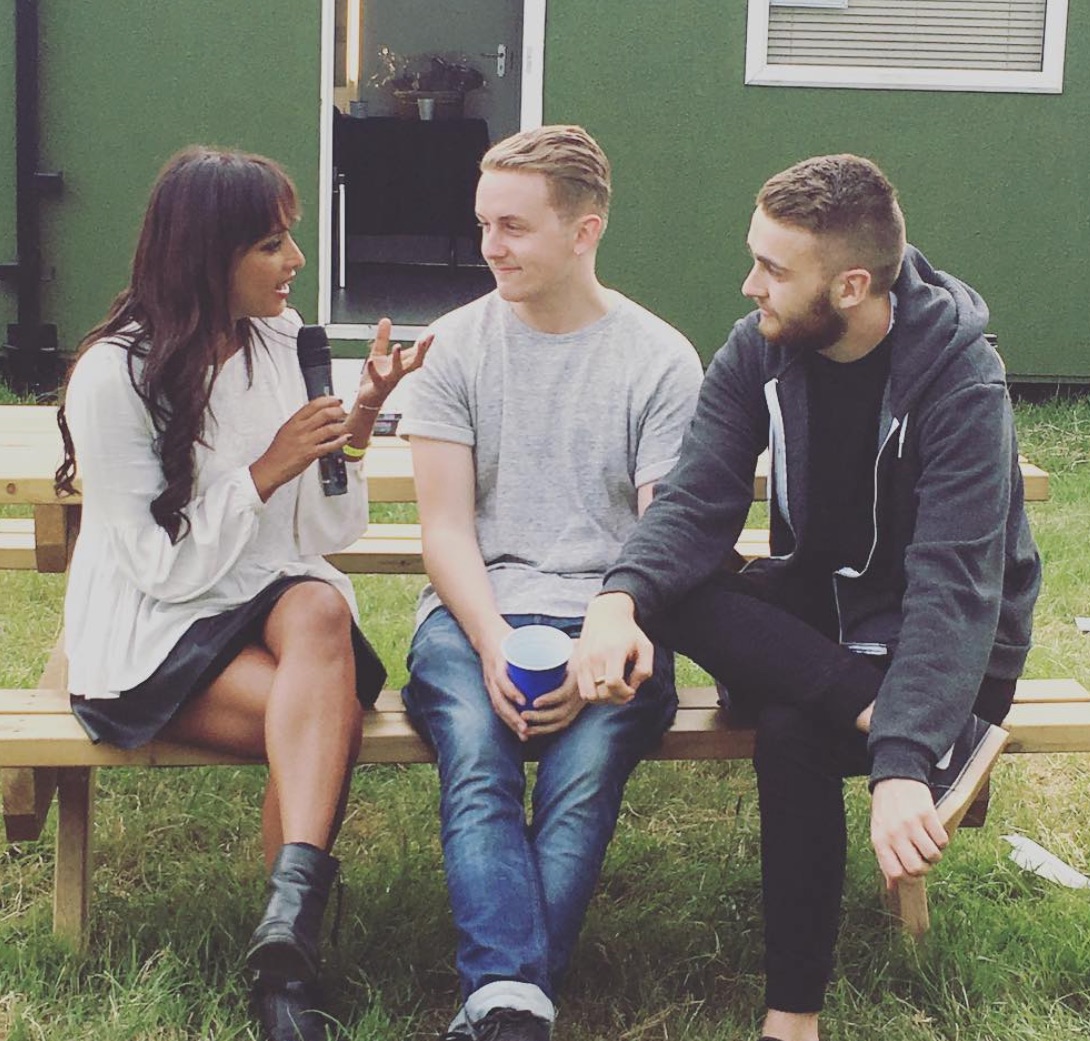 In an industry that is all about perception, who you stand next to and how many hits do you have… it’s sooooooo refreshing to have an act like Disclosure. I have truly learnt to appreciate the importance of acts that make authentic great music but somehow manage to cross over and pop fans fall in love with them as much as that cool kid that searches online for music that is undiscovered and special. 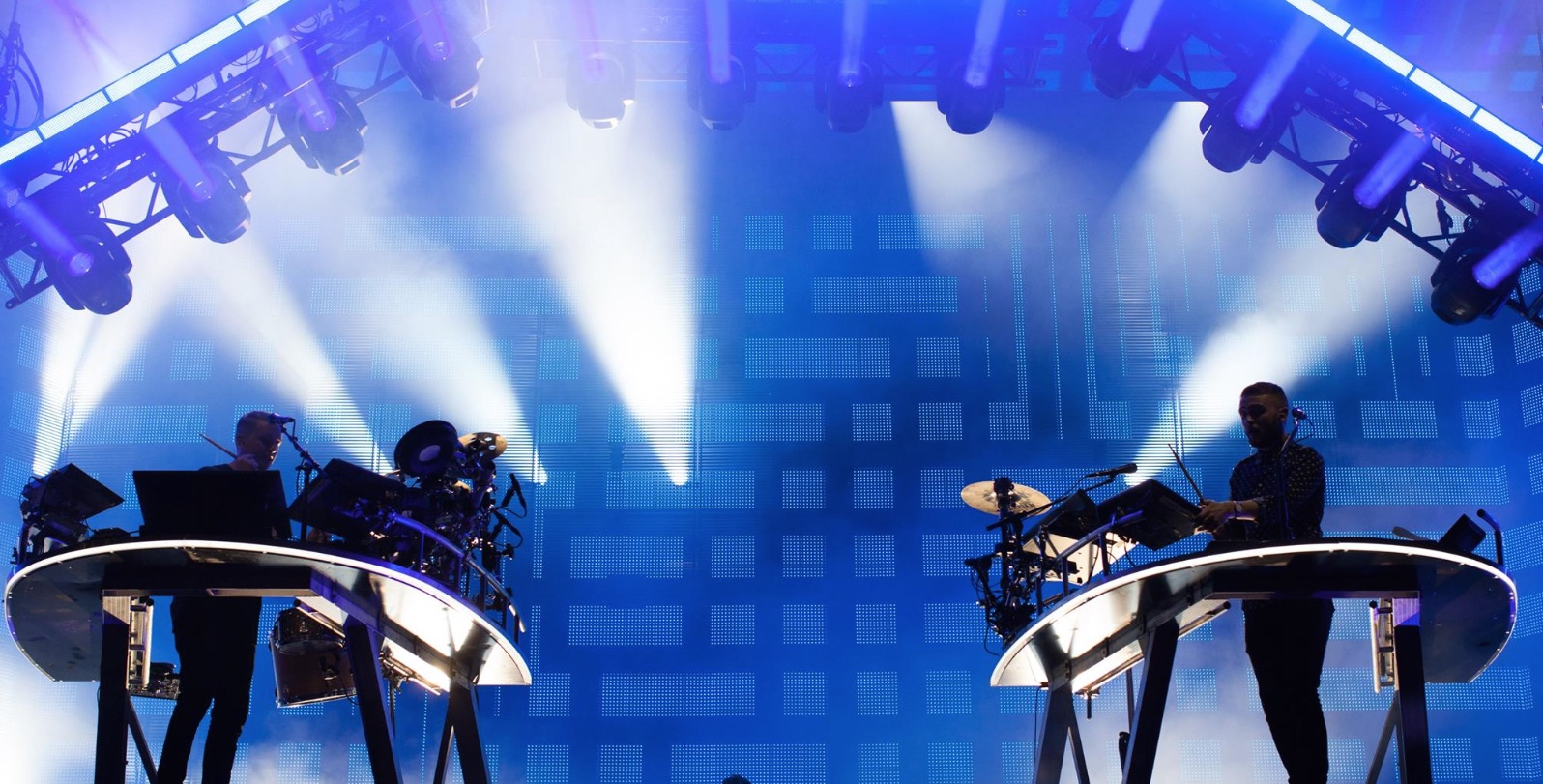 It’s a journey I can relate to and I think recently I totally battled with wanting to support an Anderson.Paak alongside a Justin Bieber. It’s defo a battle that has yet to be conquered but having musicians like Disclosure and Rudimental is important as they open the doors for acts like Kwabs and Will Heard, Howard explained why it was important to support new talent:,

“It was important to have acts like SG Lewis on and have him back this year, it’s what we do, he is coming up and it’s cool to showcase what he does. We headline shows all over the world and are in and out, it’s nice to be able to do something like this and enjoy it.”

Guy shared this incredible story “The best story of the day is the first person we saw is this guy called Phairo he is Howards housemate. We booked him and told him ‘bro you are going to open the main stage’ and you need to learn to DJ. He is a producer and needs to start somewhere and so we through him in the deep end and he killed it”.

Brothers Guys and Howard have a tight team and mostly from what I can see they have the same people they have worked with from the beginning. The boys have a great family too, with their mum always at most of their gigs in the UK After meeting her I can’t help but love them a little bit more, she is such a free spirit and her energy is kinda infectious to be round. I can see why the guys are good judges of character when it comes to who they mix with.  Howard spoke to me about how important the right chemistry is with the people they collab with musically.

“I don’t think we have ever released a song with a featured artist that we haven’t become friends with after. We tend to work with people that not only we massively respect as musicians but also get on with. It would not be fun to write a song with someone you don’t get a long with as you would be bickering all the time”. 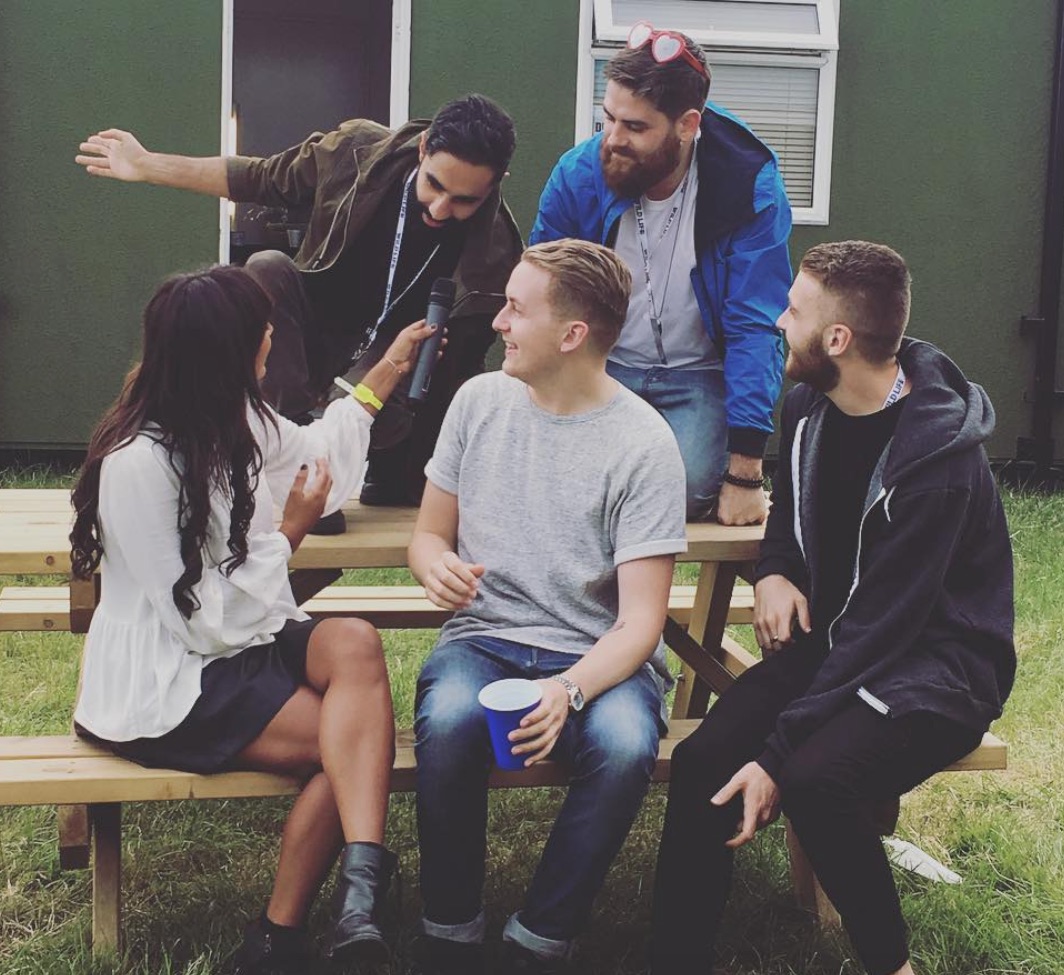 Their set closed day 1 and it was everything you would want from Disclosure! They have a ridiculous amount of hits now and albums that have had critical acclaim and huge sales, so 2 hours music is easy for them to play. They also played a brand new track ‘Boss’ for the first time, which sounds huge!

“Tonight we will be playing a new track that we have never played anywhere before, looking forward to that. We are always creating and it’s nice to be able to play something nobody has heard tonight. It’s nice to get new music out for the summer we feel like our music goes down best in the summer for some reason, no idea why but happy about it.

“last time we played Wild Life we played 50/50 new stuff of the album that nobody had heard as obviously the album wasn’t out. Now everyone knows the tunes, we can play a lot more of the new album, which isn’t new anymore”.

Best part of the interview was when Piers and Amir from Rudimental decided to gatecrash and just takeover!! Love the boys, they are silly and cool people. I suggested they create a super group! After joking a little and picking which members would be in the group I had to ask them if they would ever collaborate together in the studio, Guy had this to say,

Piers jumped in and had this to say, “I think we should do it at some point and let the universe decide”. Well guess that collab won’t come for awhile then LOL!

Kesi from Rudimental also let me know the bands new single is done and he has described it as the best track of 2016!!

Can’t believe we’re saying goodbye to @WILD_LIFE_FEST for 2016 – we CANNOT wait until next year pic.twitter.com/lExdIKBJtQ

Stormzy’s crazy legs are the best thing ever.