Selena is all over Marie Claire looking beautiful and talking about her love for badboys and savory food!

Selena has kicked of her ‘Revival Tour in the US! As you can see from the live show she has worked with her creative team on some killer stage costumes kinda on that Beyonce ‘Sasha Fierce’ vibe. I’m loving the big hair and waves, she looks beautiful and much more confident and comfortble on stage.

It’s fair to say Selena has started to find her place in music, in the past she lacked confidence with her voice and where she fits in with the current babes in music like Rihanna and bestie Taylor. I remember her saying ‘I’m no Alicia Keys or Lauryn Hill’ to me and speaking about finding her voice and her own strengths vocally being incredibly important to her.

During the show she performs a new song called ‘Feel Me’ which had her singing about love and waiting on someone who now misses her… Yes I know what you are thinking ….’Justin …. Have a listen below and make up your own mind.
At one point a fan in the audience was holding up a sign saying ‘Marry Justin’ ?Now I don’t know how true this is but Selena’s reaction I think was a defo no!

Video of Selena Gomez crumpling up a sign and throwing it away. It apparently said “marry Justin” #RevivalTourFresno pic.twitter.com/iQ21KeQl0B

Her costumes on stage include a range of bodysuits/leotards with great fabrics and layering. At one point she wears a custom Jessica Jones Bodysuit, with gold laser cut metallic leather with a swarovski crystal embellishment and beaded fringe and killer thigh highs. 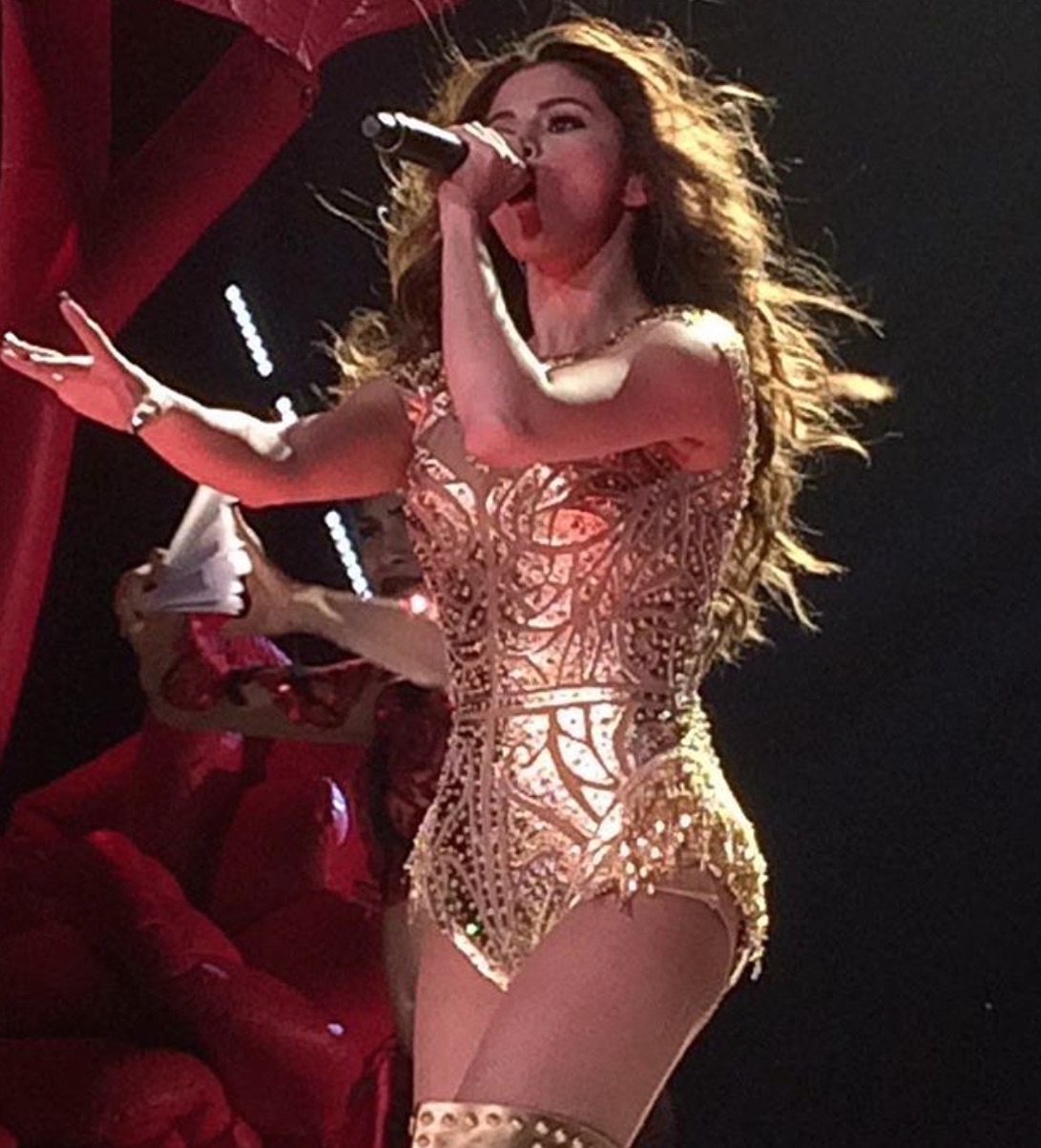 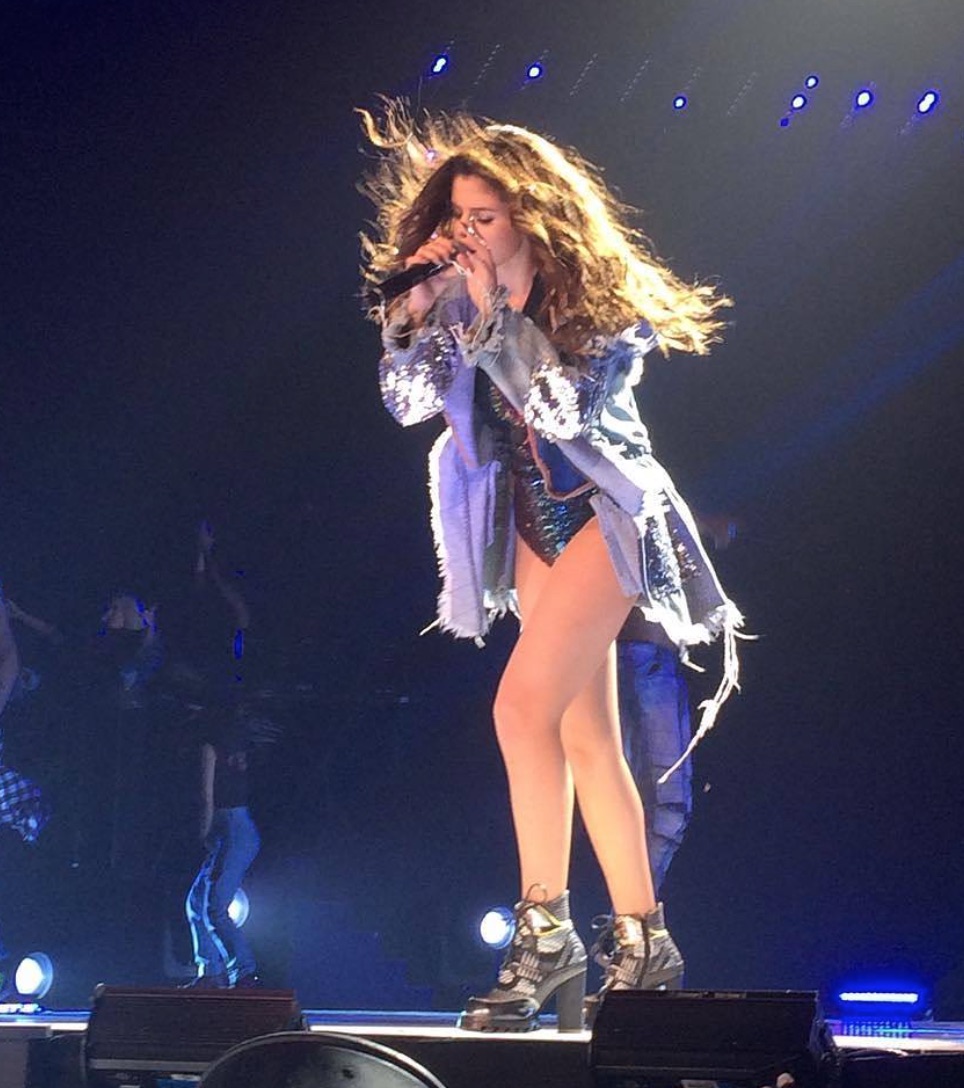 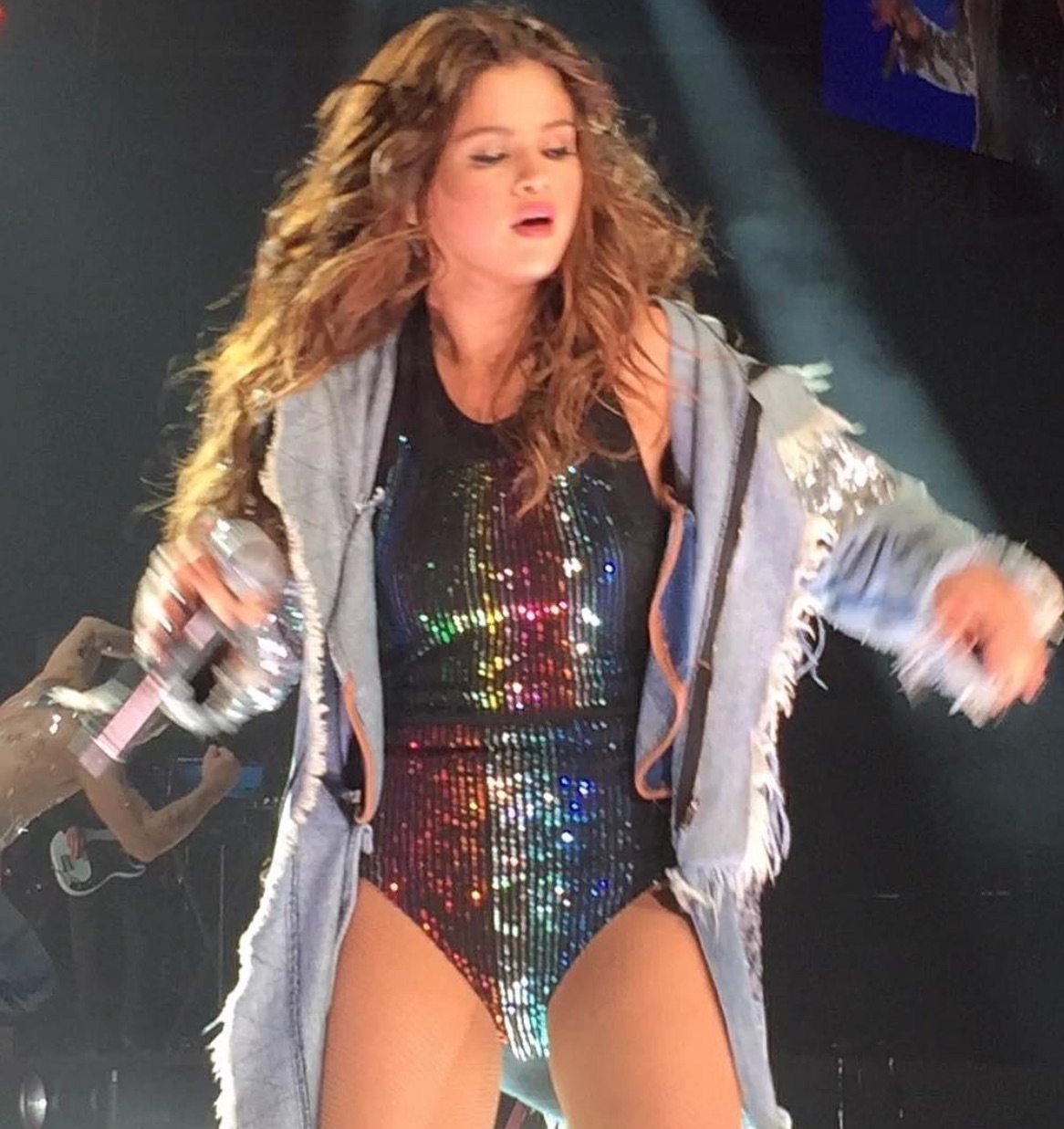 This Karl Lagerfeld look is strong yet sexy with Giuseppe Zanotti boots. Selena looks amazing in trousers too, adding some glitter on top this girl is showing her fun playful side. Check out the gallery below for more looks from Sel!!

the fact that she lets her fan sing makes it so perfect{creds: @fakeselstan} – Lilou #selenators #selenagomez @selenagomez