CHLOE IS NOT A HATER!!

She is only 19-years old, but has been working as an actor since she was like 7 years-old… when the rest of us were playing with barbie and wearing our hair in ponytails….Who could forget how adorable Chloe Grace Moretz was in ‘Big Mommas House 2’!

I met lil sis Chloe during Kick Ass, she was like a younger even more ambitious me! Chloe has energy that’s so infectious to be around, she is that girl that you can’t help but look at and think ‘God why wasn’t I like that at her age’.

If I told you she once gave me relationship advice..would you judge me? … It was great though….

Yes she is young but she is more mature then half my mates that are older. She is super smart and incredibly professional when she is working around people her parents age like Denzel Washington and Julianne Moore. She has featured in some incredible movies like ‘Kick Ass,’ ‘If I Stay’, ‘The Equalizer’ & the remake of the classic ‘Carrie’.

I remember flying to Mexico for the film festival a couple of years ago… sounds cool right??… But there were more rules then when I lived at home!

Chloe was there promoting the new Carrie movie and on promo day she was like this powerful woman and so professional. Then later she was a big kid having dance off challenges with Channing Tatum.

Some how she has stayed sane in a game full of fake people and beg friends. I think that’s mostly down to her family, who are so close and very welcoming to be around. Trevor one of Chloe’s brothers is basically the guy that looks after her full-time and has helped her become the amazing woman she is, he rocks!

Chloe is one of the few female celebs that wants to use her voice and fame in more then just the obvious way. The girl isn’t afraid to be a role model, that doesn’t mean she’s perfect though… She’s wild and super funny and I’m sure will do a few mad things that later in life she will look back on and think ‘WTF’ but for the most part she is a babe.

She has been very vocal in her support for Hillary Clinton to her millions of followers on Instagram and Twitter. Chloe has a strong opinion on politics and speaking out on issues that truly matter to her.

She recently got into some hot water and offended Kim Kardashian after the reality star posted an almost nude pic of herself on Twitter. I think somewhere Chloe’s point got lost and it became Chloe vs Kim.

Think Chloe was trying to remind Kim the power she has with most girls and women. We are all in some way obsessed with what she does and how she thinks, the same with her sisters… let’s be honest …. Chloe wanted Kim to remind girls it’s not all about beauty but other things too.

Having said that Kim launching her own app, and other business ventures do show the ones like me she is more then a beautiful woman, but that stuff doesn’t make headlines???

Chloe isn’t a hater she is a very intelligent, confident opininated young woman, so don’t get it twisted. She loves what she does and knows how lucky she is, but has worked very hard to achieve everything she has so far.

With new movies coming out this year including, Neighbors 2: Sorority Rising and The Little Mermaid  there is no stopping this girl.

Outside work she trains hard and is obsessed with music especially Hip-Hop who knows she may convince her mate Chance The Rapper to giver her a verse!! lol

Check out the trailer below of Chloe’s new movie alongside Zac Efron, Selena Gomez and Seth Rogen, it looks sick!! 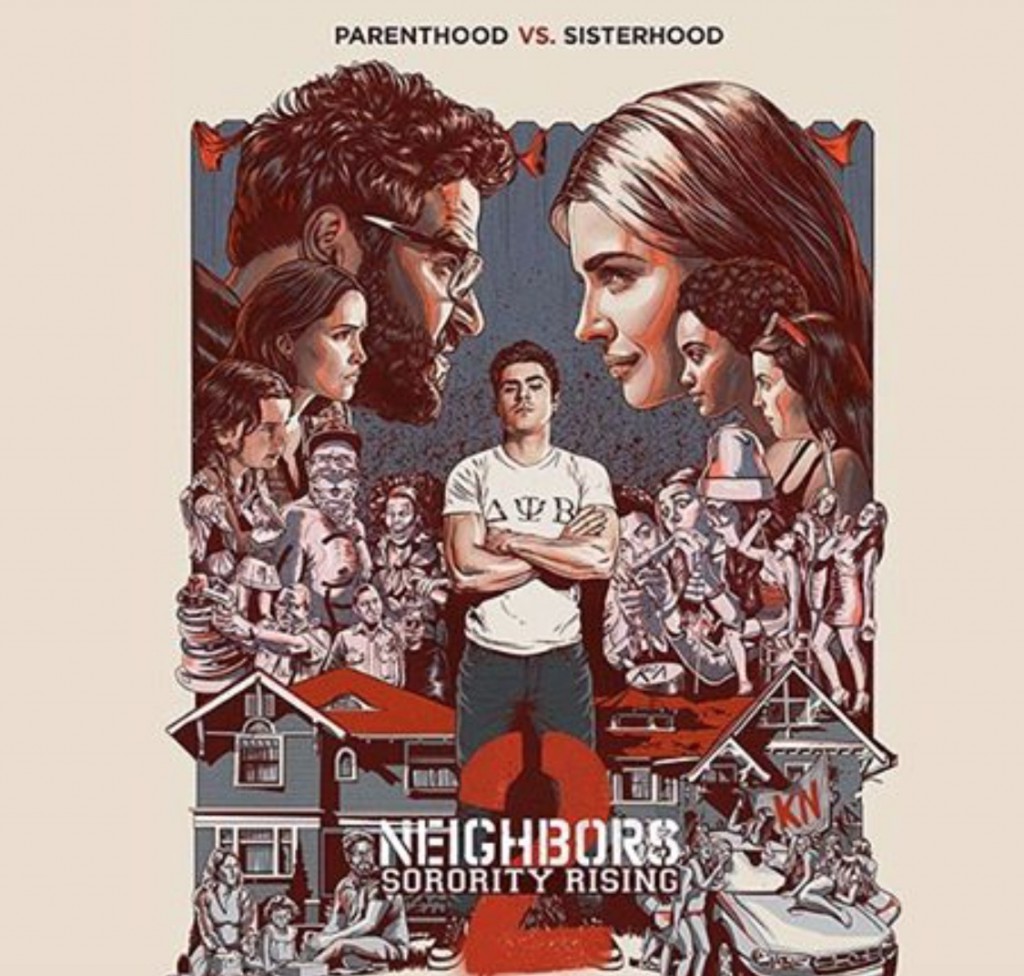